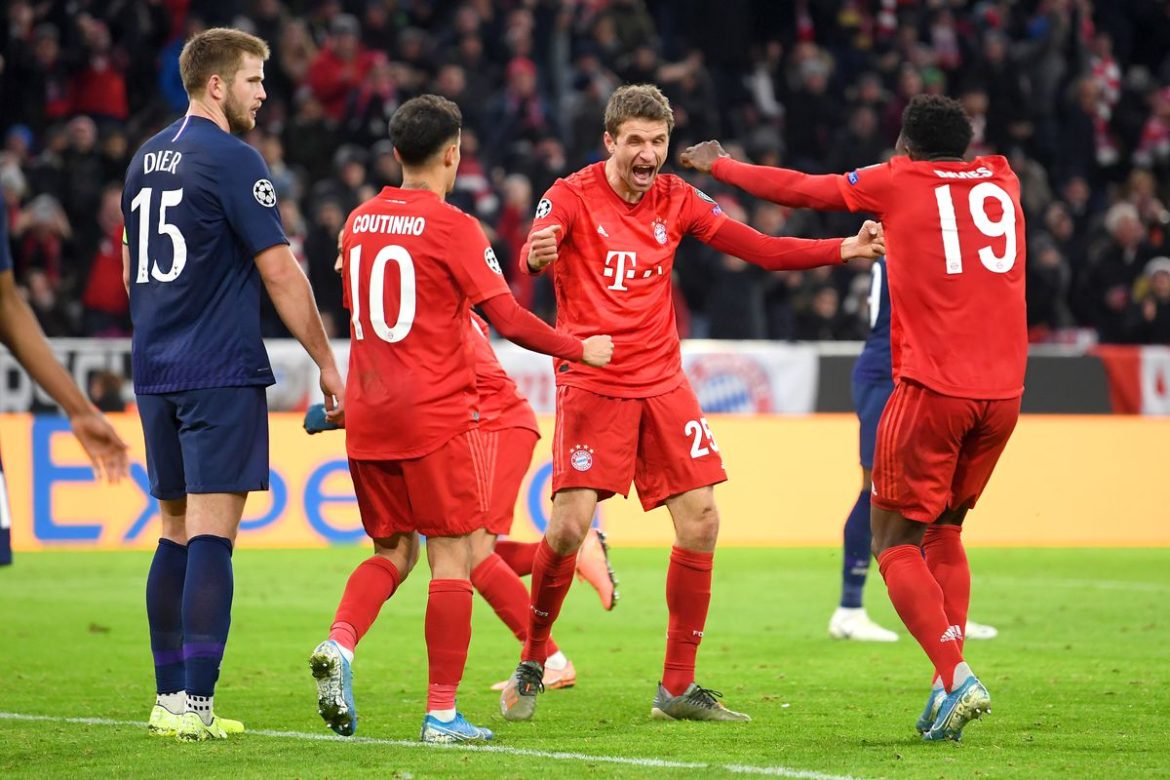 Ryan Sessegnon marked his first Tottenham start with a goal but could not prevent Spurs from losing 3-1 to Bayern Munich in their final Champions League group game.

Both sides had already qualified for the last 16, with Bayern progressing as Group B winners and Tottenham going through as runners-up, and consequently they made numerous changes for Wednesday’s encounter at the Allianz Arena.

Bayern beat Spurs 7-2 in their first meeting in this season’s competition at the Tottenham Hotspur Stadium and took an early lead through Kingsley Coman.

Spurs hit back soon after when Sessegnon showed great composure to bring a pass under control inside the area and rifle a powerful finish beyond Manuel Neuer.

Thomas Muller, on as a first-half substitute after Coman picked up an injury, then struck just before the break when he tapped in after Alphonso Davies had hit the post.

Philippe Coutinho went close to scoring a spectacular third for the hosts but his fierce drive from distance bounced off the underside of the crossbar before being cleared.

The former Liverpool forward got on the scoresheet in the second half when he curled into the bottom corner from the edge of the area.

Spurs will face one of Barcelona, Juventus, Paris St-Germain, Valencia or RB Leipzig in the last 16, with the draw on Monday.

After the game, Bayern said France forward Coman would be out for “some time” with a capsule tear in the left knee”.