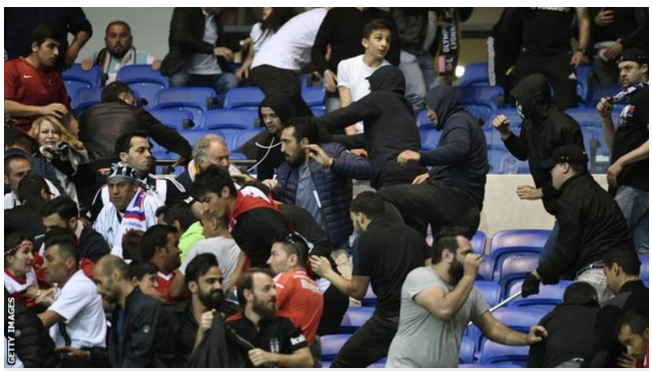 Lyon and Besiktas have been banned from European competition by Uefa after crowd trouble marred their Europa League quarter-final first leg in France on 13 April.
The bans are two years suspension and both clubs have also been fined 100,000 euros (£83,800).
The tie at Parc Olympique Lyonnais, which ended 2-1 to Lyon, kicked off 45 minutes late.
The return leg in Turkey takes place on Thursday (20:05 BST).
A Uefa statement said the charges against Lyon related to crowd disturbances, setting off of fireworks, blocked stairways, insufficient organisation and field invasion by supporters after their second goal.
The charges against Besiktas related to crowd disturbances, setting off of fireworks and the throwing of objects.