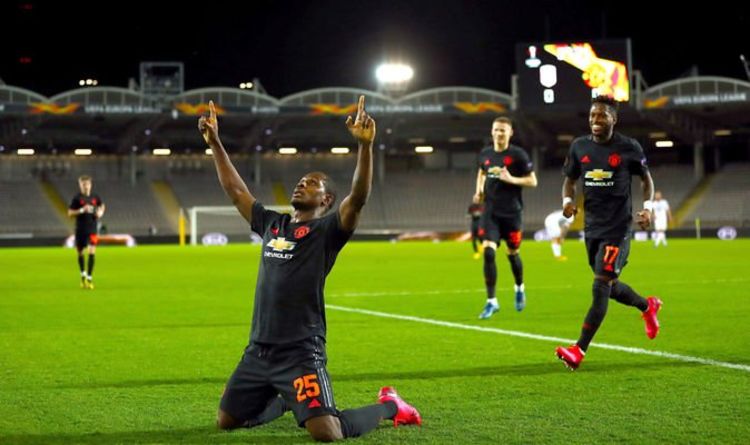 Manchester United took control of their Europa League last-16 tie with a resounding first-leg win at LASK, in front of a crowd of 500 people.

Odion Ighalo’s superb goal set United on their way inside a largely empty Linzer Stadion after the Austrian government had restricted the attendance in response to the coronavirus outbreak.

The 30-year-old Nigeria striker has now scored four goals in three starts United, who are now unbeaten in their last 11 games in all competitions.

However, he will have scored few better, or in a more surreal atmosphere than the opening goal, with the forward collecting Bruno Fernandes’ pass and juggling the ball from right foot to left, before dispatching it into the top left corner, off the underside of the crossbar.

Despite making five changes to the side that started their Manchester derby victory on Sunday, Ole Gunnar Solskjaer’s side appeared confident and fluent throughout.

Juan Mata, Daniel James and Harry Maguire all had chances to add to their tally, while Ighalo hit the post before supplying James for United’s second – with the winger cutting inside and driving a right-foot effort into the bottom left corner.

Fred’s incisive pass allowed Mata to roll in a third, while substitutes Mason Greenwood and Andreas Pereira, added a fourth and fifth in injury time.

And it was no more than United deserved for a dominant display that maintained their record of having never lost to Austrian opposition in European competition.

READ ALSO: WE HAVE NO PLANS TO DEVALUE NAIRA – CBN AFFIRMS

We Have No Plans To Devalue Naira – CBN Affirms