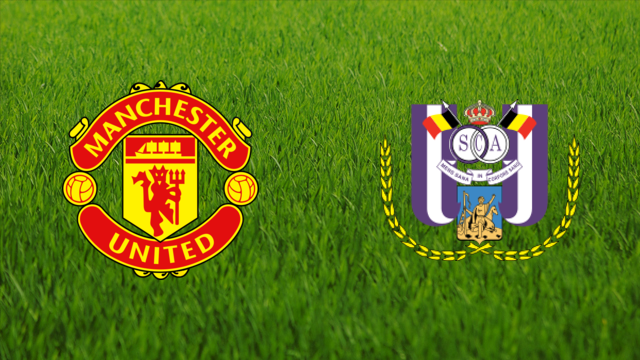 Manchester United will once again travel to Belgium to dig it out against Anderlecht if they must conquer Europe in the UEFA Europe League (UEL) this term.
Anderlecht beat APOEL 1-0 both home and away to make it to the final eight while Manchester had to dig a tough battle with lowly Russian side, Rostov with a 2-1 aggregate victory.
Manchester United and Anderlecht have some history in European competition. Quite big history, in fact.
The Belgians were United’s very first opponents in Europe – meeting in the preliminary round of the 1956-57 European Cup. The Busby Babes won the home second leg 10-0 for a 12-0 aggregate victory.
It’s their record win as well across all competitions.
It wasn’t played at Old Trafford, though. Manchester City’s Maine Road was the venue – something to do with the Old Trafford floodlights not being up to scratch, we believe.
The sides last met in the 2000-01 Champions League first group stage – United winning 5-1 at Old Trafford (they’d sorted the lights out by then) before losing 2-1 in Belgium.
Celta Vigo who looked to have an easy ride of 4-1 aggregate feat in the round of 16 over FC Krasnodar will now do battle against Genk.
Genk beat Gent 6-3 on aggregate to get to the quarter finals of the UEL.
Dutch giant, Ajax will have a mountain to climb as they face German side Schalke 04.
Ajax had a 6-3 aggregate success over FC Koebenhavn while Schalke made it through with away goal rule after playing a 3-3 draw against fellow German side, Borussia Moenchengldbach.
Lyon will face Besiktas in the last draw to face which teams will book a place in the final eight.
The first legs of the tie will come up on