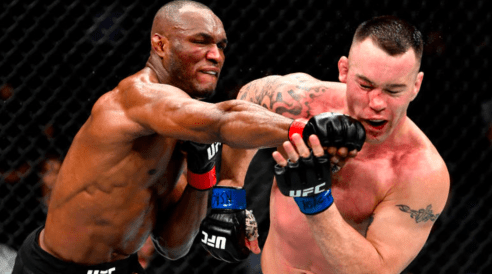 The ‘Nigerian Nightmare’ “TKO-ed” the ‘American Chaos’ at the T-Mobile Arena in Las Vegas, Nevada on Sunday morning.

He knocked Covington out in 4 minutes 10 seconds of the fifth round to defend his title.

Usman, who defeated Woodley in March at the UFC 235 to become the UFC welterweight champion, got his 15th-fight win streak against Covington.

He has now won 11 UFC appearances.