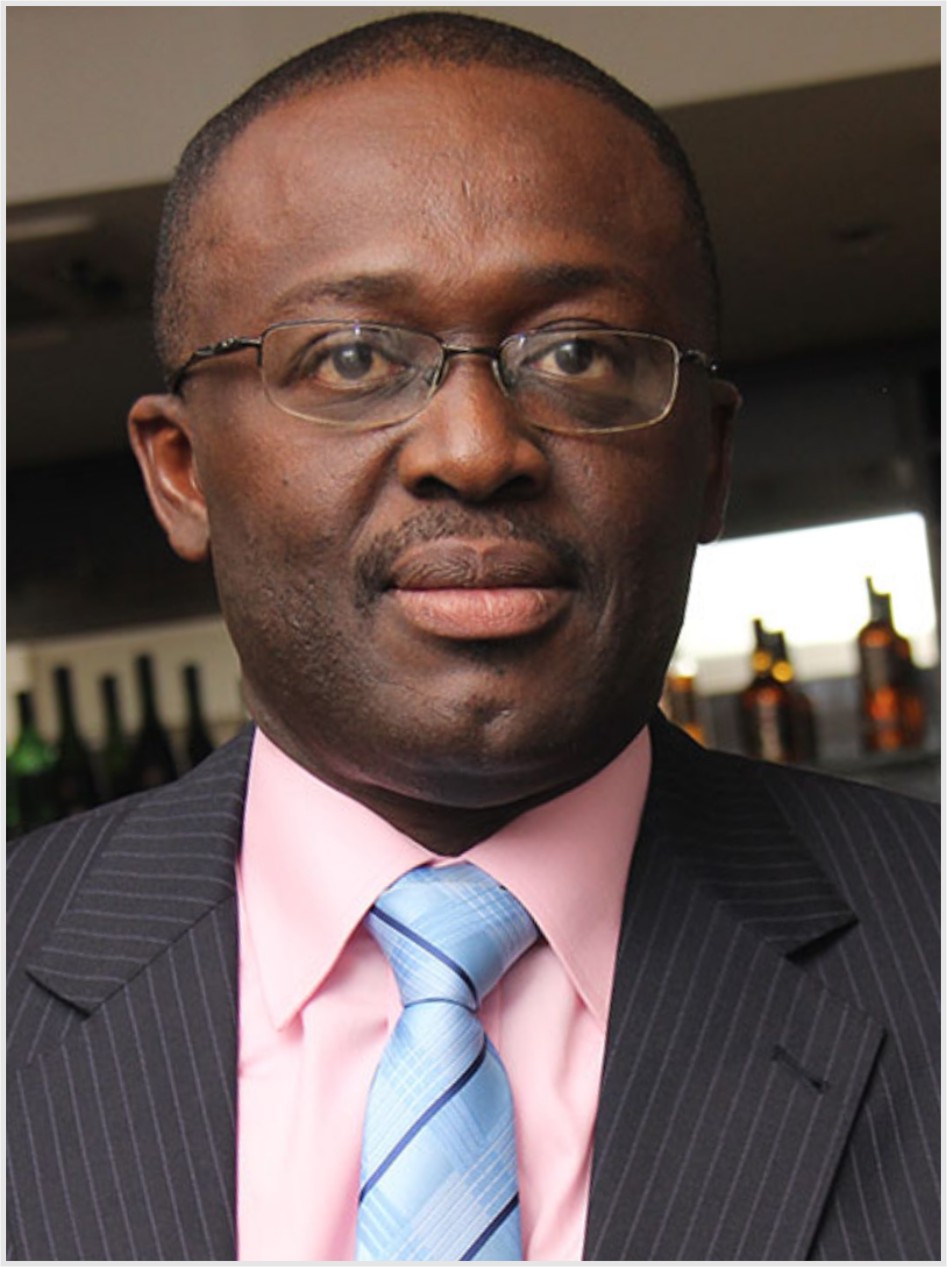 The year 2020 itself has been a very complicated one for Nigeria and the world-afflicted with the Coronavirus (Covid-19) pandemic that has claimed its fair share of victims in Nigeria and involving severe socio-economic devastation as governments locked down societies; businesses lost revenues and profits; oil prices plunged as global demand for the commodity fell; and the Nigerian economy already suffering from low growth, high poverty and unemployment and fiscal strain saw things got worse precipitating a probable recession and the worsening of socio-economic indices. The predictable outcome was that the quality of life of the average Nigerian has gotten much worse in 2020!

And then the month of October 2020 acquired both positive and negative significance stemming from events around the #EndSARS protests that dominated the month. Perhaps there is a connection between the increased suffering experienced by Nigerians in 2020 and the anger and vehemence that characterised the largely peaceful protests and the viciousness and mindlessness displayed by the violent rioters who looted, plundered and destroyed public property and private businesses in the aftermath of the violence of October 20, 2020 after the still-controversial Lekki Toll gate Shooting incident.

As I’ve written earlier on social media, I believe we can all agree that the looting and mindless destruction that happened at locations such as the Lagos High Court, Igbosere, Lagos Island; at the BRT Bus Terminal at Oyingbo; around Surulere including the Adeniran Ogunsanya and Bode Thomas Streets axis; at the Berger area of the mainland where over eighty new BRT buses were burnt; at Television Continental (TVC) and The Nation Newspapers, both media institutions owned by Asiwaju Bola Ahmed Tinubu; at many places on Lagos Island including government buildings and private businesses; the desecration of the palace of the Oba of Lagos; and similar tragedies elsewhere across Lagos and Nigeria were a monumental tragedy.

Personally I’ve been suitably distressed by the sheer scale of the destruction especially in Lagos State, but also in other places including Abuja, Cross River and Edo States. A few days after the burning of the Igbosere High Court, I almost shed tears as I drove past the historical court building where I started my professional life as a young lawyer working in the chambers of Kola Awodein SAN. In Ogun State, where as CEO of the Ogun State Security Trust Fund I struggle to mobilise resources from the private sector and government for security agencies, a few (thankfully) transportation resources deployed to the police were burnt by rioters.

In spite of these tragic outcomes, I suspect that October 2020 may yet be noted in history for good. It was the season a generation, which has since christened itself the #Sorosoke generation discovered its voice and purpose! I personally admired the #EndSARS protests and their “leaders”. Even though some of the organisers of the protests tried to avoid the designation of leadership, it was easy to detect through their activities on social media, a core around which the protests and its organisation, fund raising, communication, mobilisation, legal resourcing and logistics revolved. They ensured the protests, at least under their purview, stayed peaceful, they cleaned up after themselves everyday; organised for legal representation for arrested protesters across the country and in a probably unprecedented achievement, appeared to be raising funds even in excess of their requirements at the time. And published details of fundraising for everyone to see, in a lesson in transparency and accountability for the Nigerian state and its politicians.

After the initial concessions to the #EndSARS protesters however and as fears began to emerge from pro-regime factions that appeared to suspect the protesters had an agenda for regime change rather than just ending SARS (the Police’s Special Anti-Robbery Squad), Abuja’s attitude towards the protests began to harden. As someone with a realistic understanding of the Nigerian state, I suspected that violence was imminent and the government was probably going to respond with force.  As a middle aged Nigerian with strategy, political and policy insight,I would know that, but our young activists in their passion, idealism and innocence never imagined that their nation would sanction shooting at unarmed and peaceful protesters! They were probably also naïve about other agendas…of anarchists, “hoodlums”, secessionists, political partisans targeting their “enemies” or even road mafia factions taking “revenge” on a sub-national government for backing an alternative faction, all standing by to exploit the situation!

That was why in the weekend before the tragedy of 20/10/20, I attempted to reach out to some of the leaders of the #EndSARS movement I could identify on social media, urging them to take their successes and transform into a movement. I repeated the message on October 20 2020 once the curfew was announced! In the circumstances, they didn’t hearken to my message. I later sent out a public version of the same message on twitter, after the Lekki shootings. Yet the blame for the shootings cannot go to the peaceful protesters at the Lekki Toll Gate or their “leaders” in so far as they remained peaceful. The police or military could have arrested and prosecuted them for defying a legitimate curfew, but shooting at unarmed civilians cannot be condoned in any democratic society.  It is clear that across the country, agents of the status quo at first orchestrated attacks on peaceful protesters and when these did not end the protests, escalated into the shootings at the Toll Gate on the evening of October 20, 2020. Whoever gave the order for the shooting bears responsibility for the aftermath. For me, it is not necessarily about the number of deaths or statistics around the aftermath, but the possibility that the Nigerian state may have ordered the shooting of young, unarmed, civilian protesters.

I would characterise the #Sorosoke generation as persons born between 1985 and 2000, thus aged 20 to 35 years old. They experienced military rule as relatively young persons and are not defined by it but by the freedoms of the digital globalization era. The critical difference of this generation from earlier generations is indeed that they are the digital generation, and they have the advantage of demographics. The generation just before the #Sorosoke generation (born 1970-1985, and aged 35-50) were mostly born and matured under military rule, experiencing Babangida, Abacha and Obasanjo and constrained by “experience”. Ditto the earlier generation, born roughly between 1960 and 1970, aged 50-60 years who were defined by the Structural Adjustment Programme (SAP), economic and political uncertainty, Pentecostalism and migration into the diaspora. The generation born before independence were of course defined by colonialism, the struggle for independence, regionalism and its conflicts including military coups and the civil war, and the oil boom.

Yet every generation fought its own battles-nationalism, independence, Operation “Wetie” in Western Nigeria, civil war, “Ali Must Go”, SAP riots,  and more recently “Occupy Nigeria”. The #Sorosoke generation must not make the mistake of denigrating earlier generations. For me, actually its not about age or generations! In 1998, I had a vision of a generational reform of Nigerian politics and led the formation of a movement to actualise that transformation between 1999 and 2001. That exercise taught me that reforming Nigeria and its politics, government and institutions is NOT about age or generations, but values, character and principles!

The imperative for the #Sorosoke generation is to transform their anger, energy and passion so ably demonstrated during the #EndSARS protests into a national movement that can transform the country! I have already hinted at the advantages or levers they can leverage in this effort-digital (social media, platforms like Twitter, Facebook, Instagram, WhatsApp and Telegram, crowdfunding and the Nigerian Diaspora and greater global interconnectivity) and favourable demographics. They should guard against elitism, generational arrogance and an ivory tower mentality. And they must realise the reality of current Nigerian politics, while trying to change that reality-violence, corruption, poverty and illiteracy (which means that the masses you’re trying to help can easily be manipulated by the status quo); the existence of a permanent political class which lives off politics and government; the erosion of civic and communal values; the role of state institutions such as state security, police, INEC and the local governments in politics and political outcomes; and the reality that most of the funds spent in our politics emanates from government coffers.

Is it possible for the #Sorosoke generation, working with persons and groups from earlier generations who share their values, principles and goals, to overwhelm this negative reality with their energy, passion, organisation, digital dominance and large numbers? Time will tell.

Agbaje is a lawyer, policy and economic analyst, former banker and business school lecturer and columnist.

When A Hustler Becomes The Street Boss