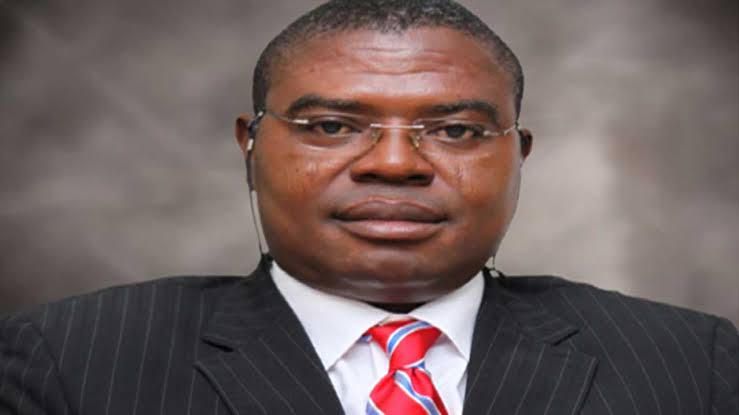 The gunmen were said to have arrived Idahagbon’s office along Siluko road in Bénin City and started shooting sporadically.

People relaxing at a restaurant in the ground floor of the building were said to have scampered for safety.

Some witnesses said shots were fired at the building.

Idahagbon was said to have ran out through the exit door of the two- storey building.

Speaking in a chat with reporters, Idahagbon alleged that the attackers used a state government Hilux vehicle.

He said he was inside the building when the shooting started but he narrowly escaped being hit.

His words: “It was the State Government vehicle that they used. They came in a government Hilux van and started shooting at the building.

“They broke everything at the restaurant. It was a government vehicle.

“The President should declare a state of emergency. They have turned their gun barrel against their citizens”.

But Special Adviser to Governor Godwin Obaseki on Media and Communication Strategy, Mr. Crusoe Osagie, said the alleged attack on Idahagbon, was one of the latest step in the plot by National Chairman of the All Progressives Congress (APC), Comrade Adams Oshiomhole, to disrupt peace and safety in Edo State.

Crusoe said the state government has continuously warned that the Oshiomhole and members of EPM were hellbent on causing a breakdown of law and order in the state.

He said: “This incident is the latest in Comrade Oshiomhole’s schemes as his lieutenants continue to perpetuate violence with his overt and covert support, which will not be tolerated by the Edo State Government.

“We call on the Inspector General of Police and the Presidency to call Comrade Oshiomhole to order. His ambition to become a godfather in Edo State is not worth the safety of the 4 million people in our state.

“The state government restates that it would spare nothing under the laws of our land in dealing decisively with these merchants of violence.

“We, hereby, assure Edo people that we would continue to resist attempts to fracture the peace and safety in Edo State.”