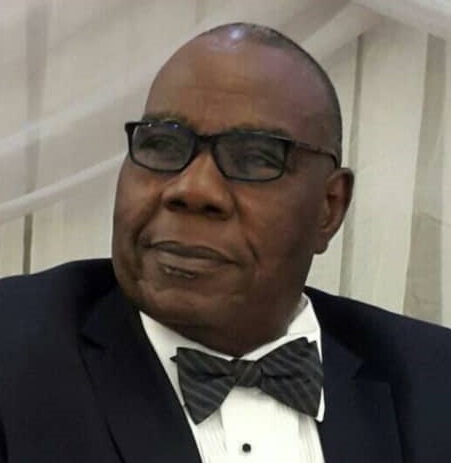 We are continuing with the topic of last week and thereafter, we will elevate this discourse to; MAN BEYOND THE STETHOSCOPE AND SURGEON’S SCALPEL.

Before proceeding, I wish to acknowledge some of the readers who reminisced over the matter of Abiku/Ogbanje and were very assertive about having experienced the incident.

One of Nigeria’s fiery writers and prolific social commentators-Akogun Tola Adeniyi who is not given to frivolities confirmed having witnessed it in Ago Iwoye. He has challenged any doubting Thomas to come to Ago Iwoye to verify his claim.

On the same subject, Hon Semiu Oganla FCA wrote that the Abiku incident actually happened within his family in Abeokuta. Kudos to all others that responded to confirm Ogbanje/Abiku is real.

I offer apologies for the inability to mention them all while I have no issues with anyone that is still in doubt, on the account of having not experienced it. It is trite that our belief or non-belief doesn’t change a fact.

The responses gladdened the heart and underscored the fact that this discourse is an interactive one. Not the usual one-sided parroting of lecture or homily, where the audience has no right of reply.

As a matter of fact, all the inquisitive minds of today should be congratulated for their keen interest for a more meaningful existence, unlike most of our forebears who came into the world as babies and returned to the Creator even worse-off than that of babies, by which they arrived into the world. This is the situation with anyone who came unto the world, did so many wonderful things, but without any inkling of his true nature.

Which rational person will not wonder in all generations, in every race and clime that if men were created equally, why do so many suffer deprivations and hardship? Why do virtually all of us have so many ups and downs in life? Why can’t everyone simply be happy from birth to death? In short, why is life so hard to understand and why in such a mystery man suffers till he dies?

At the physical level an analogy that portrays the plight of the average man from cradle till he bids the world bye goes as follows;

As a baby, immense pain he suffers, neither he makes a sign, nor a word utters.

He cannot tell what ails him. In pains, he weeps and cries, but parents are at loss to understand the cause.

He suffers from one disease but he’s treated for another. This adds more to his trouble. Every treatment at this stage of life borders on guesswork. Thus; babyhood passes in distress.

Then he enters into boyhood, parents want to send him to school, but he has desires for play and games. Get daily trashed, nobody saves him, he hates both the teacher and parents. What a great pity, This period also passed in angst.

Now cometh youth, the age of folly. Lust and passions awake in his mind. Desires driven, he runs after the opposite sex. He marries and brings home his spouse. The company he enjoys, he doesn’t know he is chained, he forgets altogether parents’ obligations. Day and night he dallies with wife, when children appear, love for parents pales and gradually disappears.

Next, worries for livelihood come, he runs from door to door, like a dog, he gets rebuffs. From morning till the evening of nothing else he thinks but survival. Money is his prayer and possessions become his preoccupation. Wants and worries do increase, these make his life hellish and disease-prone.

Maintaining a position of pride and caste, all these burdens he takes to heart. What a fool to have loaded his head with the ephemerality of the material world.

He now gets perplexed and runs about in search of peace, but instead, he gets sorrow and pain. Sooner he regrets his folly but to no avail. Misery and distress come like rain. Now is the eclipse when frogs of disease, sorrow and death loudly croak on all sides, every now and then. His life snaps and his lifeless body is lowered into the grave for all manners of earthly insects to feast upon. What a purposeless life this depicts!

As grave as this situation portends we must not be despondent. There has always been a way out. That is, we can still live a purposeful life in the midst of the hurly-burly of the physical world.

All we need do is to commence our search with this easy-peasy hypothesis such as; Would the Almighty God permit a spiritually starved seeker to go unfed?

For an answer, the Bible comes handy as we read Christ in Mathew 7:9 – “What man is there of you, who if his son asks for bread, he will give him stone”

The Lord indeed answers all honest seekers after Him provided our search is sincere and not the case of trying to serve God and mammon at the same time.

And for encouragement, I quote again from the Bible to wit;

“If ye earthly men full of sins and iniquities pay wages to the labourers that labour for you, how much more would the Heavenly Father reward those who work in His vineyard”.

The Lord surely rewards us provided we worship Him in the right direction-His true temple the human body, fearfully and wonderfully created.

But instead of resolutely seeking the way of worship in Spirit within the Lord’s Temple, we continued to opt for superficial worship and looking for lasting peace in externalities. Yet, all to no avail.

The truth is, the world shall ever remain imperfect and no one can improve it by an inch breath. While there is no one that can remove all the thorns of the world, but with strong shoes, we would walk on the thorns unscathed.

That is saying, the problems and challenges of the earthly world will always be there and confronting mankind as they were in the past, are currently and shall be in the future.

But assuringly, with True Worship we can rise above the world’s trajectories, in a manner we will become indifferent to pleasure and pains. We will be in the world but not of it. We will be like the lotus flower, whose root however immersed in water, the leaves remain dry.

Those seeking lasting happiness in the world will do well to read what Christ said in Matthew 10 vs 34 -35 to wit;

This statement of Christ plainly tells us our ideal Shangri-La will ever remain a mirage. Jesus said, I have not come to turn the world into a place of bliss and happiness. That wasn’t in the Grand Design of HE who has created the world.

He came to release us from the prison of this world by breaking the chains of attachment to father, mother, son, daughter, uncle, nieces, associates, friends and other worldly relationships.

Jesus was sent to the souls that were ready out of the circle of birth and death. He was emphatic about this. He said; “I pray not for the world but to those allotted to me by the Father” And as a corollary, He added; “I know my sheep and my sheep know me”

This is where we got it wrong by confusing the work of Christ and Saints with that of the philanthropists and social reformers.

Many noble souls and kindhearted people have been born again and again in this world and they have tried their best to give relief to the suffering masses.

But the benevolence of Jesus, Saints and Avatars are completely different. They give succor to the souls pining for the Father, and this is beyond the scope of the worldly reformers. The Messiah and Saints have continued to prompt us to leave the pen house of the Negative Power, where we are all roasting in the fire of our desires.

We will raise this discourse from next week to explaining how MAN was fearfully and wonderfully created-the understanding being a pre-condition for True Worship.

Ramadan Kareem to the Muslim Faithfuls.

To the general populace, coronavirus is REAL. The antidote is hygiene supported with prayers.

Prayer is simply submitting our hopelessness to a higher Being. Before we do, however, we must do out bit. Our bit is compulsory wearing of a mask, constant washing of hands, and strictly observing social distancing.

UNRAVELING THE PUZZLES OF EARTHLY LIFE By Aare Kola Oyefeso