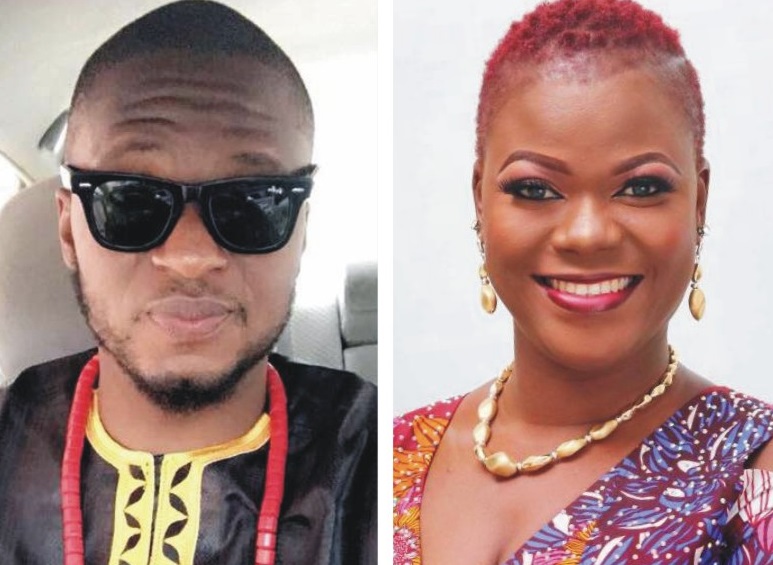 Bidemi Adeyemi, nee Bamidele ,is the brain Behind Tammy’s event , an event outfit she manages for her daughter. Her event outfit is one of the biggest im Ogin state that caters for the A list and celebrity events in town , she also manages some of the state government events and other big events outside the state. She is an ekiti girl who lived most of her life in Lagos, she is married to Femi Adeyemi, a Yewa man, this ambitious woman grew up in Akure but had her secondary school in Jos, then later proceeded to Obafemi Awolowo University where she had her first degree, and moved to Abeokuta after she got married. She started working with OPIC as an officer in personnel, after that she worked in the HR department, and she later headed the HR for about three years, right now she is Head of Business Development OPIC.

She is also the President of OOPL Mothers Club, an association funded by former President Olusegun Obasanjo and Mrs Abidemi herself, the association is just a year but they are popular and have impacted in many lives especially then girl child. Abidemi otherwise known as Tammy’s Event, an event outfit she manages for her daughter open up on how OBJ’S Mothers Club started, her event career and fashion.

The event part is tricky, as she said in an interview that when she first moved to Abeokuta, she wanted to have her daughters 1st birthday and she brought people from outside Abeokuta, from Ibadan to be precise , first thing that she realized is that most people in the service industry could not speak English, it was a children’s party and there were lots of bad English and she didn’t get the service she wanted, but as a civil servant she could not start a business and events runs in the family, her parents were party and event people, so as the legacy they left a business to her daughter, so she picked it up for her and started running it for her till she is old enough to take over, but event is her world, and she can’t be at a party even if she is not working and things are not going on well, she won’t sit down, she will go round and make sure things are going on well.

Ebunlomo Taiyese is an event consultant who is also a lead team at Npu events,an event planning firm with vast experience with numerous clientele. They are into event. planning,consultancy and a handle a wide range of logistics. Npu events also run a huge ushering agency that caters for corporate,social, branding and sporting events. She is an event planner extraordinary; trained from the prestigious wed academy. Attended numerous events master class and also a certified member of the Association of professional party planners and organization in Nigeria.(APPOEMN). Also a member of NECA’S Networking of entrepreneurial skills and being a excellent personality in the event industry within south west and beyond.

She yearns for accurate awareness for event planners and vendors I’m Ogun state which made her initiate an exhibition tagged “MY GRAND EVENT” which is meant to serve as a veritable platform for all event vendors and business owners to exhibit, learn,showcase their brand and sell their services to the world; the maiden edition in August 2017 was a huge success. She loves to inspire young ladies to get better at what they do by telling tell to use all their God-given wisdom and skills they possess. She has through her generosity and philanthropist nature helped a lot of old and young in achieving their dreams.

And she recently won the BEST EVENT PLANNER Of the Year. Organised by the Young Entrepreneurs Award Nigeria.

GLOBAL EVENTS
Global Events is managed and coordinated by Abeke Arewa and Adebowale Temitayo . Although it was founded by Abeke Arewa who started her career in the year 2002, with Daar Communications AIT, Lagos, when she went for her four months Industrial Attachment, after her first year in the higher institution. She worked at the Ray Power 1 and 11 news desk. After her Ordinary National Diploma in 2003, she worked with the Ogun State Bulk Purchase before she went back for her Higher National Diploma, at the same Moshood Abiola Polytecnic and graduated in 2007. She had her NYSC in Adamawa State, she was an active corp member especially at the Orientation Broacasting Commission. Temitayo Adebowale on the other hand is a graduate of Computer Science at the Olabisi Obabanjo University, although he had a course in event planning and management in Tanzania and he is no doubt good at event management.

Global Exposure Events and Parties was set up eight years ago. They have planned series of events in Ogun and outside the state, Apart from been an event planner Bunmi Mustapha is also good when it comes to event achoring and red carpet host, she is no doubt good at what she does. Her outfit, Global Exposure Events and Parties have supplied Ushers for more than 300 events since its inception. She is a native of Abeokuta, Ogun State, she understands the Culture, Heritage and Pride of Ogun State, this explains why she decided to crown a Beauty Queen Arewa Ogun two years ago.

Arewa Ogun aims and objectives is to? Promote Cultural Heritage of Ogun State and Nigeria as a whole, to Enhance the Development of Social Lives of Female Youths, to Encourage a Healthy Competition Among Upcoming Models in Ogun State, to Crown the Most Intelligent Beauty Queen that can Represent the People of Ogun State Even at the International Level , where the winner gets a two week all expense paid trip to Dubai.
She won the 2018 Peers In Town Event Personality of the Year , 2016 Egba Social Entrepreneurs Event Personality of the Year to mention a few.