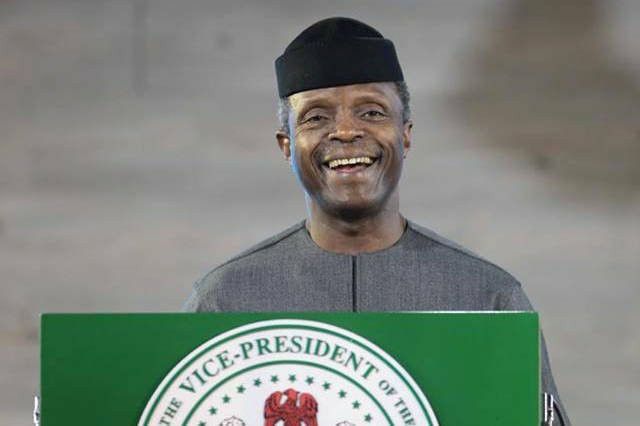 The vice president made this known on Monday while speaking at the fifth edition of the presidential quarterly business forum which held at the State House, Abuja.

“I am pleased to say that the federal executive council (FEC) has approved the concession of the Lagos and Abuja airports,” Osinbajo said.

A concession means that private companies and investors will be involved in the day-to-day running of the airport.

In 2016, the federal government had indicated interest in concessions the Lagos, Abuja, Port Harcourt, and Kano airports to increase their capacity and efficiency.

Labour unions in the Federal Airports Authority of Nigeria (FAAN) had expressed their lack of trust and confidence in the process, vowing to take all reasonable measures to stop the planned concession of the airports.

Hadi Sirika, the minister of state for aviation, had assured that the process of concessions the airports would be transparent.

“Public-Private-Partnership and concession in the airports have never been done in a structured and transparent manner,” he had said.

“The contracts are not properly prepared, no risk analysis and no financial models. Consequently, it is not surprising that they ended in litigation. I want to assure stakeholders that we will be transparent and the concession is in the best interest of the country.

“We will ensure that Nigerians are given priority in getting jobs in the aviation sector. We will give adequate time for the airlines to prepare themselves but for sure, we will ensure that it happens soonest.”

In 2007, Olusegun Obasanjo, the president at that time, had concessioned terminal two of the Murtala Muhammed Airport to Bi-Courtney Aviation Services Limited (BASL), the first public private partnership (PPP) initiative in the history of Nigeria’s aviation sector.