Home Media Wanted Man Promises to Turn Himself in if Police Get 1,000 Facebook Shares, Stays True to His Word {Video}
Media 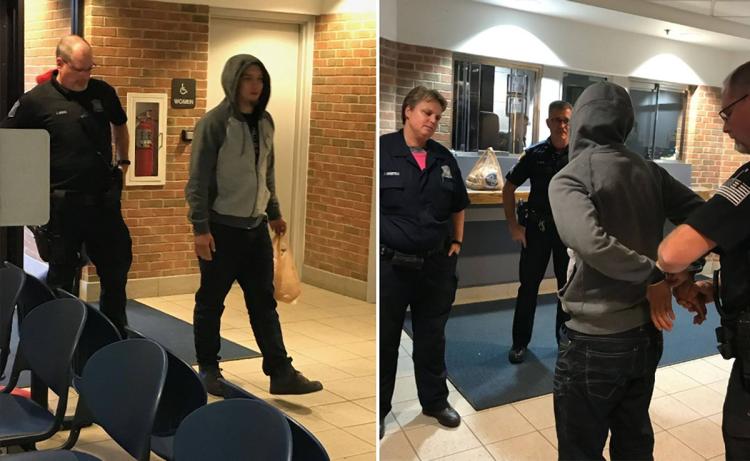 A 21-year-old Michigan man, Michael Zydel, who was wanted for violating the terms of his probation promised to turn himself in and also bring police some donuts if they could get at least 1,000 shares on a Facebook post.
The unusual challenge went viral and once the police got their shares, the man fulfilled his end of the bargain.
Michael Zydel broke the rules of his probation for DUI and assault charges, which prompted the police department in Redford Township to post an appeal to their Facebook followers to assist them in locating him and bringing him to justice.
Zydel, who goes by “Champagne Torino” on Facebook, was actually one of the people who replied to the post, saying that he wasn’t to worried about it and challenging police to get at least 1,000 shares on their next post if they wanted him to turn himself in.
“I’m not worried about it,” Zydel wrote. “If your next post gets 1,000 shares I’ll turn myself in with a dozen doughnuts and that’s a promise. “And I’ll pick up every piece of litter around your public schools.”
That was apparently too good an offer to pass up, so the Redford PD again asked people to help them complete the challenge. Judging by their post, the promised donuts were just the incentive they needed.
“Donuts!!!! He promised us donuts! You know how much we love Donuts!” they wrote on their Facebook page.
The police made it clear that they didn’t know if the wanted man would actually stay true to his word, but they thought completing the challenge was worth a shot. After news of it went viral online, the police managed to get over 4,000 shares on their post, so it was up to Michael Zydel to fulfill his promise.
On Monday, October 6, the wanted man showed up at the Redford PD headquarters with a bag of donuts in hand, prompting the department to write “Zaydel made good on his promise to turn himself in to RTPD for his outstanding warrants. He walked in on his own, and not only did he bring the doughnuts, he brought one bagel! We would again like to express our gratitude for the support of all who followed this, shared it, and left us positive feedback.”
Despite staying true to his word, Michael Zydel still had to pay the price for breaking probation.
A judge recently sentenced him to 39 days in jail, a sentenced that could be extended by 30 days if he fails to pay all court costs and fines.
Watch a video of the young man below:
Wanted Man Promises to Turn Himself in if Police Get 1,000 Facebook Shares, Stays True to His Word {Video} was last modified: October 19th, 2017 by Arinze Ago