We Beat Nigeria Because They Underrated Us – CAR Coach, Raoul Savoy 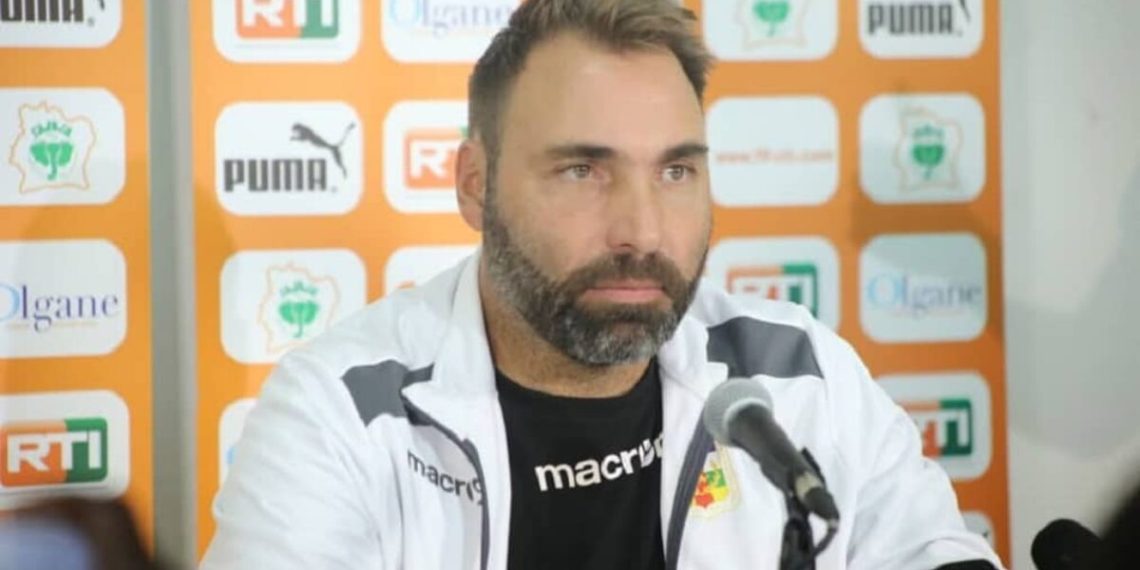 After going nine matches without any manner of victory, the Central African Republic ended their poor run in style on Thursday.

They beat the Super Eagles of Nigeria 1-0 at the Teslim Balogun Stadium, Lagos.

Coach Raoul Savoy who is understandably over the moon with the famous win recorded over the Eagles believes the Nigeria national team paid dearly for underrating his boys.

In an interview with reporters after the matchday 3 World Cup qualifying fixture, Savoy praised the resilience of his team against the star-studded Nigerian team.

“Nigeria are one of the best teams in Africa and when you look at the quality of players they parade,” the CAR coach said after the game.

“They believed that they had already won the game and even before kick-off, it was everywhere that they would defeat the Central African Republic.

“We showed some respect and we made them pay the hard way for underrating us.

“We were not given any chance by Nigeria and to be honest with you this is a very great result for us.”

When asked about the masterstroke he adopted to down Rohr’s team, the 48-year-old said: “I’m very happy because we put a plan and a strategy, and it worked.

“Most of the players that played were young. Even the scorer [Karl Namnganda] was making his second appearance for the country.

“When you put up a young team like this and they listen to instructions, play their hearts out, they can beat anyone.”

While Super Eagles officials are already talking tough ahead of Sunday’s return leg, Savoy suggests things might be even more difficult for Genort Rohr’s men as some of his ‘best’ legs didn’t even play in Lagos.

“The game in Douala will be another story but for now, we have to enjoy this moment first and touch down in Cameroon on time to start preparations on time,” he added.

“We had some players who didn’t play [on Thursday] because of injuries or visa problems, and that is why we will have a different team in the return leg,” Savoy added.

We Beat Nigeria Because They Underrated Us – CAR Coach, Raoul Savoy was last modified: October 8th, 2021 by Reporter