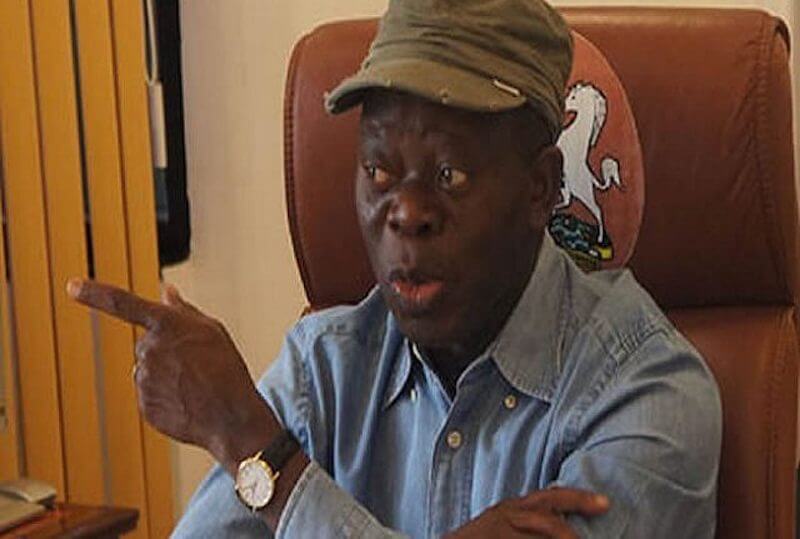 The national chairman of the All Progressives Congress (APC), Adams Oshiomhole, says the party will not field candidates who are seeking to use its platform to achieve selfish interests.

In a statement by his spokesman, Simon Ebegbulem, Oshiomhole said the party has learnt from the mistake of the past where people he described as “bread and butter politicians” were given tickets.

Oshiomhole made the statement in reference to the defection of Senate President Bukola Saraki and Yakubu Dogara, speaker of the house of representatives, to the Peoples Democratic Party (PDP).

He said the APC will correct the mistakes of the past and confront the opposition come 2019.

“Screening of aspirants is not a formality, that is why we tried to search for men and women of integrity who cannot be compromised. We do not want to field opportunists who are simply seeking a political vehicle for some selfish purposes,” the statement read.

“What has happened in recent past is enough for us to begin to look at the character of those who are seeking office in the APC platform.

“If before now we have taken for granted the powers of the National Assembly, how those powers can be used for national goals and how it can also be misused to undermine national progress, the current situation we are facing here, where two principal officers have chosen to put their personal interest over and above the national interest.

“Refusing to consider budget meant for physical infrastructure; budget meant to re-order the way our budget is executed, to move money away from consumption to capital projects which will benefit our people.

“And even refusing to approve money meant for the body charged with the responsibility of conducting elections in 2019. For us as a party we have chosen to learn from the positive lessons from this development so that we do not repeat those mistakes by selecting people who as far as human capacity is, we can assess and predict that if elected they will remain faithful not only to our party but more importantly to the Nigerian nation.

He commended APC senators that have remained faithful to the party despite “inducement” from other parties, saying the party will ensure stability in the national assembly.

“As we speak I am proud that we have 57 senators who have refused to be induced or misled or otherwise manipulated into moving to other parties or reward for juicy positions,” he said.

“They have decided to remain in our party even with all the intimidation they have suffered. It will be ungodly for us as a party not to reward those who believe in the party and the government of the day, led by President Muhammadu Buhari. We will try as much as we can to have stability in the National Assembly”.

We Will No Longer Give Ticket “bread and butter politicians” Adams Oshiomhole was last modified: September 25th, 2018 by Damilare Salami