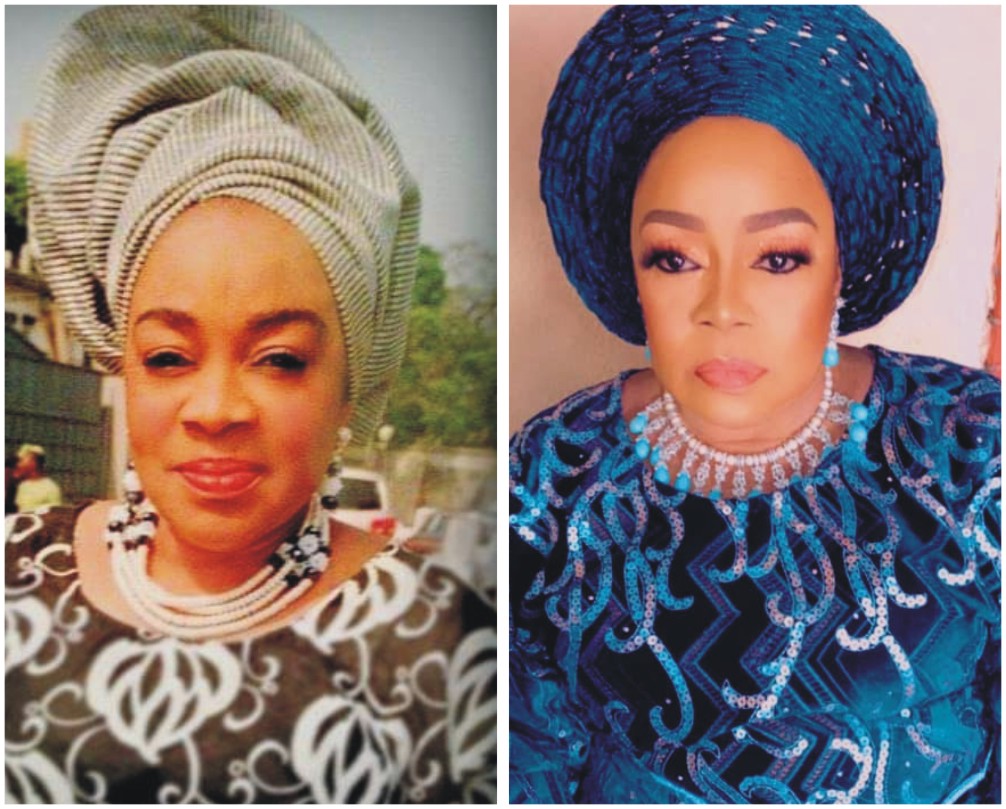 Mrs Aderonke Omololu Olunloyo, wife of the former governor of old Oyo State, Dr Victor Omololu Olunloyo, has described as not too perfect but exciting and fun-filled, her 30 years marriage to the great mathematician. She revealed this and many other interesting things about her love life, her husband and politics while featuring on a radio programme (Parrot Xtra Hour on Radio) last week. It was indeed an interesting moment for the listeners as Mrs Aderonke Olunloyo, a businesswoman and the second wife of Olunloyo, spoke eloquently on different topics.

For those who may not know, Ronke Olunloyo is highly intelligent. She has a vast knowledge about virtually everything. She thinks deep and you can hardly beat her to any topic. She plays politics and analyses events like a man. That is how much she has learnt from her genius husband, who has trained and tutored her the nitty-gritty of politics.

When asked about her husband and her life in general, she replied with excitement. According to her: “He is getting older now but I must say you have to be very sharp up there to be able to hold his interest. I must also say that he has taught me a lot, so much that sometimes he would say, “ awa ta ko e ni kiniyi, o ti tun mo juwa lo” (you have known more than us that taught you this thing),” Ronke Olunloyo said when she was asked how it feels to be living with a powerful and extremely brilliant man like Dr Olunloyo. “I have never had a boring moment with him.’’ She added. That, according to her, was part of why she married him in the first instance.

Though their marriage may not be all rosy like she said they have had their ups and downs. But what Ronke has been able to do is that she is standing firmly with her husband who turned 85 on 14th April this year. If you have ever been with the duo, you must have noticed the strong bond that exist between them. Despite the age difference, they chat and argue like friends. Above all, they have together beautiful children who are doing well.

On what Dr Olunloyo’s typical day is like? “He wakes up early. Though he has not been able to go anywhere in the last 10 days but normally, he will wake up in the morning, and take his bath. All he has ever taken in the morning is Quaker-oat then he is off to his office. He does a lot of mental works. He still writes. He reads a lot so he loves to be in his library all the time. He is there from about 10 am if he doesn’t have an appointment. Sometimes he goes 11 am and he is back home by 5 pm. Sometimes he takes Chinese food as lunch. He is still a lover of music and his library on this is comprehensive. He has books on everything under the sun. He even has books on Coronavirus.”

On his health and how they have been managing it, Ronke Olunloyo has this to say. “It is God. You see, there was a time he fell ill in the night and he had to go to Adeoyo Hospital. The doctors there were very dutiful and they treated him well. Somehow, his visit to the hospital got to the hearing of the present governor of Oyo State, Engineer Seyi Makinde. He promptly came visiting. He detailed two doctors to be treating him. I appreciate this gesture.

“The governor also suggested that he should be taken abroad but my husband objected to this on the basis of his old age. He said the weather there would be too cold for him. He said he was not going to undergo any surgery again. Today, he uses trado-medicine from Brazil and others. He has a very strong will to continue to live. His mother lived to be 103”. When asked if her husband has been given any kind of recognition by the administration of President Muhammadu Buhari.

The interview session, however, got to its peak when Ronke Olunloyo was asked about her perspective on Nigerian politicians. And she bluntly poured out her mind, describing them as the most laid-back, selfish and self-centred set of people she’s ever seen. She even said categorically that politics should be made less attractive. In her words, “once they become a politician, then, they stop having a job, they stop having a vocation. They will then get to positions of authority and start pilfering and pilfering until the state is tired. “Go to Abuja, nobody has a job. Government is their business. Look at those at the National Assembly, they will sit for four days and still get paid heavily. Something must be done about this. And if you ask them how much they earn on a monthly basis, they will never tell you.

“They are always forgetting that people voted for them to be where they are. So, if you are voted in, you are not supposed to rob the people who voted you in. Nigerians should learn and start asking questions. They should ask politicians questions, people in positions of authority should be answerable to the electorates. If you want to have money, quit politics and go and do business.”

How did the activism side of her evolve? “The way I was brought up, we had a sheltered life. I was brought up on campus of the University of Ibadan. I started my primary school there. I went to St. Louis Grammar School briefly, Abeokuta Girls Grammar School briefly and then I went to England to further my education. I came back from England exactly 40 years ago this year. So if you have had a sheltered life then you have travelled out and you come back. There is no way you would be happy seeing the inhuman ways our security agencies treat people. It all started from there, people bring their cases to me and I intervene. That is if they are innocent if they are guilty I don’t want to show my face at all. It is in the Bible, discipline your children, and they will give you peace of mind and will make your heart glad.”

READ ALSO: 5 THINGS NOT TO TELL YOUR BESTIE ABOUT YOUR MAN – NO. 3 IS THE MOST CRITICAL

What Has Sustained My 30 Yr Marriage To Dr OLUNLOYO – Wife, RONKE, Reveals A Lot was last modified: May 25th, 2020 by Dare Adeniran

5 Things Not To Tell Your Bestie About Your Man – No. 3 Is The Most Critical