Home News What I Miss Most About My Late Husband, MKO – TITI ABIOLA
News

What I Miss Most About My Late Husband, MKO – TITI ABIOLA 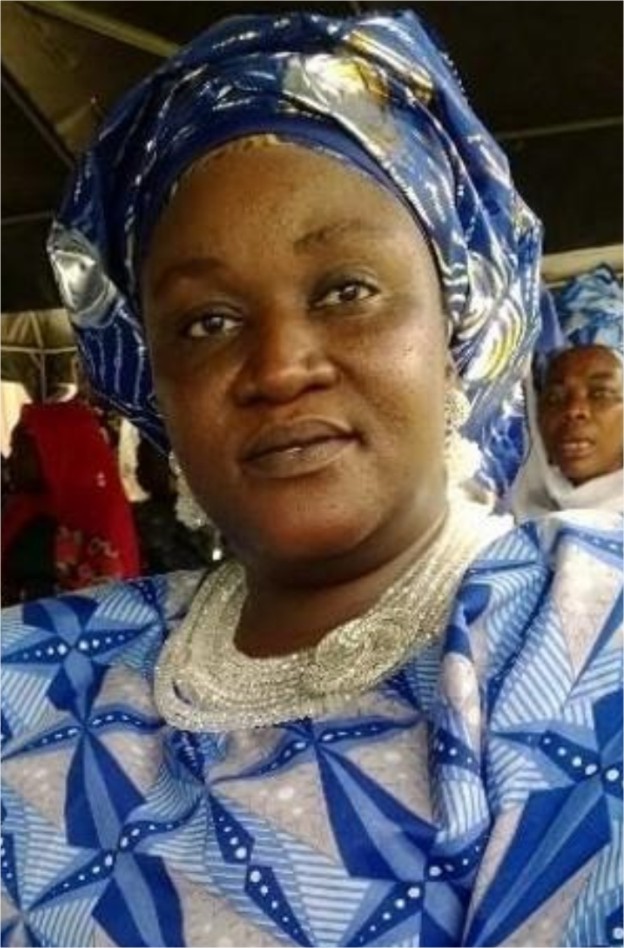 • On Life Without Her Husband 22 Yrs After

Titi Abiola, made this revelation while featuring on a radio programme (Parrot Extra Hour) last week. She bares her mind on some interesting issues that has to do with life after her late husband, her experience and lessons she has learnt over the years. Also, she was able to speak a little about the June 12, 1993, Presidential election that was adjudged the freest and fairest election, which her husband won but was unfortunately annulled by General Ibrahim Babaginda-led administration.

Last week Friday, 12, June 2020, makes it 27 years that the said election was annulled. And the date has since been declared as Democracy Day by the Federal government instead of May 29. It has also been 22 years that Chief MKO Abiola died. He died on 7th July 1998.

But how has Chief (Mrs) Titi Abiola been coping 22 years after? What lesson has the June 12 saga taught her? What is her relationship with the head of Abiola, family, Kola Abiola like? These are some of the things that were discussed in the course of the short but interesting interview.

She began by thanking God.

“It has been God. It was after his death that I knew the meaning of life. His friends simply disappeared except for a few ones. I quickly adapted to relating only with God,” she said.

When asked about her experience of June 12 and the circumstances surrounding her husband’s death. Chief Titi Abiola felt probably that is the way her late husband was destined to live his life, and nothing anybody could have done at that point in time that could have safe anything.

“There is another line of thought that if he had died without fighting for that thing, are we still going to be talking about him today? That is about 22 years ago. If he had died without going through that process, is there any possibility that he would have the honour. Not just being remembered, you remember quite a number of people but the honour, when they mention his name, when they talk about him, the kind of feeling that is there for me might not have been possible, if he had not died for what he stood by.

As we are today, it is not just about age, it is not about how much you have acquired in life. There are people here that even while alive you don’t even remember them. But who has been dead for 22 years and we still talk about him, and when you talk about him, you will still remember the many good things he was able to do. Even children that were not born then or those born after his death, they know there is somebody that did something.”

On the honour and recognition given to MKO Abiola by President Buhari. Mrs Abiola has this to say.

“Immediately President Buhari decided to give him that title, I sat down and think back over some certain things. Then with my own preview, it was like it opened my eyes that he didn’t die in fain. People may not really understand, some might have used sentiment and all that, but it doesn’t matter to me anymore.”

For Titi Abiola, it means a lot fot somebody to have recognised her husband at the Federal level. To her, Chief MKO Abiola was never a tribalist, but a nationalist.

“He was not limited to South West, he was not just a Yoruba man. He was a Nigerian. He was an African. So, turning that struggle into a tribal thing was what I didn’t understand. And that is why I never bothered about June 12 again. I felt the struggle was somehow sectionised.”

Who is the head of Abiola family and what is it about the rumour that has been making the rounds that there is a crisis within the family?

“Brother Kola is the head of MKO Abiola family. Well, people are bound to spread rumour, they are bound to spread stories but I am not bothered by all that. The only thing I stand by is the truth because at the end of it all, I will end up in front of God without anybody being able to appeal to God on my behalf. So why should I now start to appease people that would not even be able to plead on my behalf when I am before God.”

“You don’t expect brother Kola to become MKO overnight, it is impossible. He has his own family. Though he is not here with us as we speak, I believe in God that sees everything and knows everything. I have never at any point in time have any disagreement with him. I am talking about myself and my children.

Mrs Titi Abiola also explained further on the upkeep of the children and all that. When asked if Alhaji Kola Abiola is the one taking care of her children and school fees.

She was very polite and diplomatic in her response.

“You can’t say he is taking care of them, my children are not babies. When they were in school, the estate was responsible for their education, all MKO Abiola’s children resident in Nigeria. He played his part to the best of his ability. His best might not be enough for some, it might not be enough for everybody. But my own thing is, he is not the father. I didn’t give birth to those children for him. The children issue was between myself and MKO. So when the father was no more, the responsibility of raising them is mine.

I wouldn’t want anybody to wage war against any of my children, why then should I now go against someone else’s child. I can never do that.”

On the biggest lesson she has learnt about the June 12 saga.

“Like the Yorubas use to say, “eniyan abidi yanyan”. There is nobody anywhere except God. Once it happens, you are on your own. That is how MKO was destined to live his life. What lesson does one have to learn than to have God and have yourself.” On whether money is attached to the honour bestowed on MKO by President Buhari.

If it had come with money they would have given you your own share, the presenter probed further.

“Of course, they know how many children their father had,” Mrs Abiola simply responded.

On her understanding of Nigeria’s problem as it has to do with good governance. Titi Abiola was able to share her brilliant view.

“We all know what is going on. We all know how far we have come, how bad things are or how good things are. But the problem doesn’t really lie with the President, the governors etc. The problem we have in this country lies with us, the people

June 12 was never about buying votes, it was a free and fair election. How come we can’t do something close to that now. When you get to the polling booth the only thing people there are after is how much are they going to be offered to vote. If this should continue, those so elected will never feel responsible to them. They will be sworn in and abandon their constituencies until another four years come around.

So, when you keep taking money, you keep selling your votes, and you expect good governance, who does that? It shouldn’t be about our own today but because of our tomorrow, our children. This bad habit has to stop, otherwise, we will end up in the same cycle. The cycle continues like that without any good thing to show for it.”

READ ALSO: WHY I CHOSE TO BE A DIFFERENT KIND OF POLICE OFFICER – CSP DOLAPO BADMUS, TELLS CITY PEOPLE

What I Miss Most About My Late Husband, MKO – TITI ABIOLA was last modified: June 16th, 2020 by Dare Adeniran

50 Top Politicians Who Will Miss Sen...