“What Moji Olaiya’s Death Has Done To Me”- Star Actor, Femi Adebayo Speaks 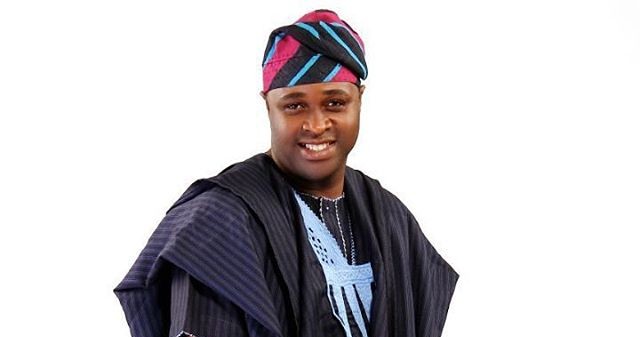 Renowned Nollywood actor, Femi Adebayo has confessed to City People Magazine the biggest lesson he learnt from late Moji Olaiya’s death. While speaking with our reporter Gbolahan Adetayo at the funeral, he said, “Her death was extremely shocking, and I must be sincere that nobody saw it coming.

What most of us saw was for her to return and we celebrate with her on the arrival of her newly born baby, but unfortunately her sudden death got to us which was very shocking. I was right in my bedroom when I heard the news and I broke down because I couldn’t hold it. I had to make several calls to some of our colleagues for confirmation, I actually thought I was dreaming, looking at the circumstances surrounding her profession and I asked can this be true? Can Mojisola die? And the responses were yes, she has gone.

It looked as if I never lost anyone in my life. Moji’s death was really shocking.  The simple lesson I have learnt so far is to take everything in life very easy, because I used to see Moji as someone who cannot die in the next 20 years. We went for holy pilgrimage in Mecca 3 years ago and we became close. Anybody can die, she was extremely young and that is a big lesson for me to take things very easy.

What would you tell your colleagues especially women who keep malice in the industry?

I am very sure that this must have been a good lesson for such actors who does that, because nobody can tell who is next. We only pray to almighty God for us to live long. People should stop keeping malice because even Mojisola who was free with everybody died just like that.

“What Moji Olaiya’s Death Has Done To Me”- Star Actor, Femi Adebayo Speaks was last modified: June 12th, 2017 by Reporter