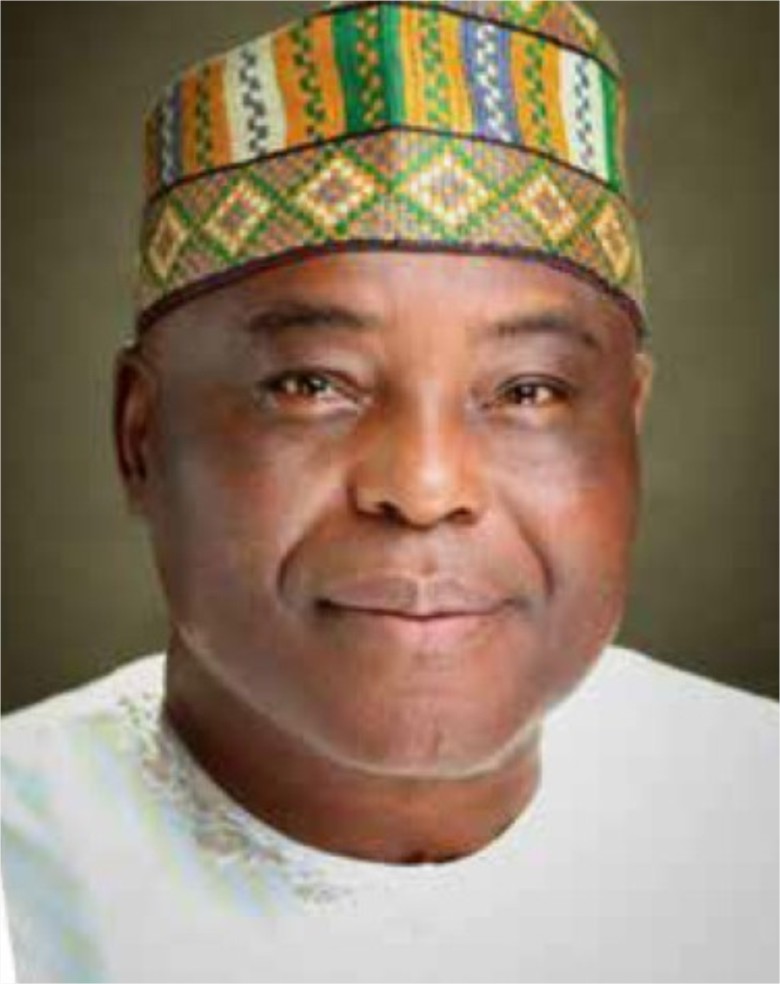 I had anticipated I would be joining you at the occasion of your 70th birthday which was initially slated for May 12, 2021 in Abuja until you decided to shift the date due to COVID-19 Delta variant surge at the time. And by your letter of September 29, 2021 formally informing of the new date for the event, Monday, October 25, 2021, I regret that I would not be able to be physically present at the occasion owing to my current preoccupation with the onerous responsibilities that come with my new assignment as Special High-Representative to the African Union Commission in the Horn of Africa. I have, however, directed one of my trusted and close associates. Otunba O. Fasawe, to represent me at the occasion.

At 70, you have every reason to celebrate and thank God for a life well spent in service to God, our nation and humanity.

As an entrepreneur, you are a role model and an inspiration to millions of people in Nigeria and even beyond.

Your media company, DAAR Communication, as the premier private broadcast platform in Nigeria, has played a major role in the advancement of our nation, through the promotion of democracy and national unity.

As a politician, you are a patriot who has remained committed to the virtues of loyality, equity, and service. Happy birthday.

The strength of nations at any moment in time rests on the back of some individuals. For High

Chief Raymond Aleogho Dokpesi, the past 70 years have been years of meritorious service to the fatherland. And, nothing else better explains Chief Dokpesi’s exploits as patriot and trailblazer than his pioneering accomplishments in Nigeria’s maritime transport business and his gigantic

Born into a humble and respectable family, High-Chief Raymond Dokpesi had no head-start in the race of life, but his sheer zeal and hardwork continue to drive him to primal positions in his

business endeavours and as a statesman.

Either in business or politics, High Chief Raymond Dokpesi is a nation blinder and there are very few Nigerian, who can rival the assortment of his accomplishments and strides. His pioneering effort brought. a significant outcome to the liberalization of the broadcast media In Nigeria and, today. the African Independent Television (AIT) with Its national and International broadcast reaches, as well as RayPower FM are sterling testimonials of how the Dokpesi dynasty has brought grit to media business and helped in redefining broadcast media in Africa.

As a statesman, High Chief Dokpesi epitomizes the concept of politics without bitterness can be said without equivocation that his politics is utilitarian and development. His love for the ordinary people finds greater meaning in his political engagements.

As a visionary leader, you always inspire others to lead, innovate, grow, develop and explore. Your outstanding performance for the establishments of the first indigenous shipping line in Nigeria, the first privately owned radio station Raypower in Nigeria, the first TV station to run 24-hour broadcasting in Nigeria as well as the pioneer of the first global TV which was AFRICA’S first ever satellite TV station and the launching of the African independent signals in the United States have stood you out and made you a reference point of good governance and positive transformation.

We are happy to associate with you in the transportation sector and appreciate your assistance in the formulation of the Nigeria Shipping Policy Act (Decree) of 1986.

Your life has been exemplary in many facets. In academics, you maintained distinction. In your career as an Engineer, you rose to be a fellow of the Nigerian Society of Engineers and in business of media, you did not only excel, you set the pace which others are still following till today. Before you, no one knew that an individual could effectively run a private Radio and Television stations not to talk of having a 24-hour service.

Moreover, your achievement in life did not erode your humility an gentle nature. You have maintained good relationship with a galaxy of friends across-the country and beyond without minding class or creed. Your humility speaks volumes.

I met Chief Raymond Anthony Aleogho Dokpesi who is celebrating his 70 birthday today in the early to mid-1990s during my tour of duty as the Military Administrator of Lagos State. Meeting him showed clearly that he was a good man with a heart of gold. We met and became brothers forever.

At the personal level, Chief Dokpesi is a wonderful person who would go the extra mile to stand with a friend. In my years in government in Lagos and Osun States, he put everything he had into helping me to succeed. There was a weekly one-hour programme on AIT produced by my office in Osun State to showcase my achivements. Chief Dokpesi gave me that weekly slot free of charge. Those who are familiar with the cost of television airtime should do the calculation. It ran into millions of naira. Again, when I left government in 2010 and my successor decided to probe my administration and I was summoned before the probe panel. Chief Dokpesi sent a full crew of the AIT to cover my appearance live. That proactive move greatly helped me to tell my story raw to the whole world. He did not collect a kobo. I am eternally grateful to him.

Perhaps I should also tell the story of the presence of a station of the AIT/Ray Power FM in Osogbo. This chief who turns 70 today just called me one day and told me that he was establishing new stations outside Lagos and Abuja and had decided to site the one for the South West in Osogbo because of me. And he did it before I left government in Osun State.

In politics. Chief Dokpesi is firercely loyal to the ideals of patriotism and conscientous service to the people. He plays his politics without taking his opponents as enemies. He also does not inherit other people’s enemies. He is a comprehensively good man.

Talents and success come from God. You have used these Providential Gifts to serve humanity by positively touching lives.

It is joyful to celebrate the faithfulness of the good Lord in your life at this occasion of your 70th birthday. Your lire have been filled with estimable and successful services to God, to family, the Nation and to humanity.

You have been a’ source of pride to our family. You have provided true leadership for the rest of your younger ones.

At 70, you, have recorded very significant life-time achievements as a highly principled, patriotic, enterprising Nigerian and a worthy son worth celebrating. You have been able to touch the lives of millions of Nigerians.

As a father, my prayer is for Almighty God to continue to give you sound health, more ability to shoulder all responsibilities and achieve greater success in your life.

Happy birthday to you my son! Many happy returns!

I have known High Chief Dokpesi for close to 30 years and I can attest to it that his strides and achievements in life are pointers to the tenacity and vigour that he puts into all his endeavours, most of which have become a source of pride to Nigeria and the African continent.

High Chief Dokpesi dares where only the courageous dare; he fishes in deep and turbulent waters and has alway had the courage of his conviction to face daunting tasks. From shipping and maritime to the establishment of the first privately owned television and radio stations in Nigeria, these are by no means task for the feeble but where he has always exhibited his pioneering spirit.

Happy birthday and many happy returns.

At 70, you have lived a most resourceful and impactful life dedicated to service to mankind. As a media entrepreneur, you are the quintessential trailblazer – the real numero uno, first with Raypower 100.5 FM, and then African Independent Television (AIT). You have remained permanently committed to a free press and a free nation where “no man is oppressed”.

As a politician of note, you commitment to the cause of national development is noteworthy. Focused, loyal and ever amiable, you deserve to be celebrated at reaching this milestone.

I Never Knew I Could Live Up To The Age Of 60 – WAKA Queen, Alhaja SALAWA ABENI