Home News What PDP Should Do Urgently Before 2023 Elections
News

What PDP Should Do Urgently Before 2023 Elections 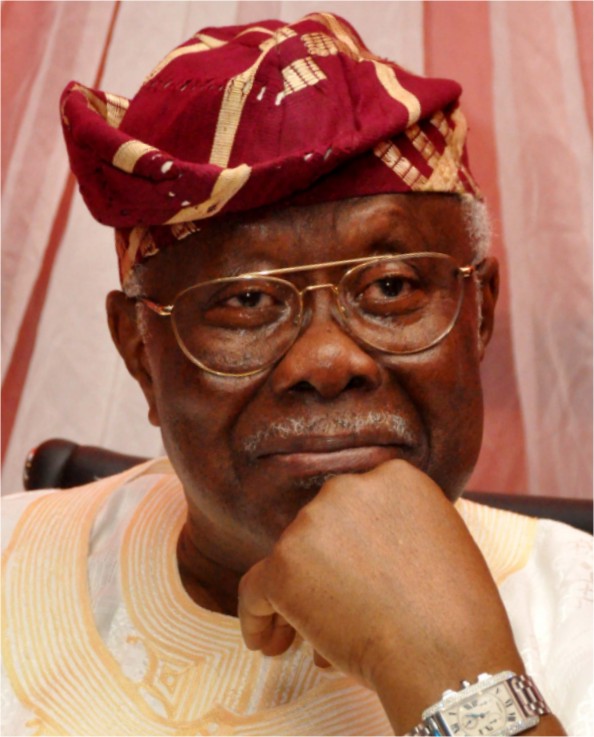 In the last few days, Chief Bode George’s Lagos office has been a beehive of activity. This is because a lot of PDP party members have all been eager to see him. Some have issues to discuss with him. Some need his blessings. Some need to brief him on party matters.

He has been away abroad before now, and he only returned a few days ago to resume meetings with members of his party, the PDP. That is why since his return to the country, his Lagos office has been busy, as one group or the other have been coming to meet him for consultation. One of those who visited him, was Jandor, who just joined the PDP, from APC.

Chief Bode George’s office has for years been a rallying point for party members. This is because he is one of the elders of the party. He has also been one of the party leaders at the national, regional and state levels. He was once the National Vice-Chairman in the South-West Zone of the PDP.

In 2001, George was made the PDP National Vice-Chairman in the South-West zone. Later, he became PDP Deputy National Chairman, (South) and then the National Deputy Chairman of the PDP.

Last week, City People visited him, for an interview. We wanted to know how seriously prepared the PDP is for the forthcoming general elections in 2023. How does he see the new Iyorchia Ayu leadership of the party at the national? How does he see the state of the PDP in Lagos?

These and many more were the questions we had in mind to ask this elder statesman. Don’t forget that the PDP is now led by a new set of Exco members.

It is quite a formidable team. And Chief Bode George mentioned that in his interview.

Be the first to know that Chief Bode George is planning to retire from active politics in 2023, having served for 25 years in the Navy and having spent 25 years in the PDP, as a party member. “From 2023 there will be no more partisan politics for me” he told City People. “I will be 78 years then. I can then sit back and advise the younger players.”

By the time we were through with the interview, he had spoken for about 2 hours, on how Iyorchia Ayu and the new Exco can urgently move PDP forward, before the 2023 elections. Below are excerpts.

City People began the interview by asking him to share with us, his thoughts on the state of the party right now. What is the state of the party today? “You know, it is a new beginning. When you have been in a situation of power for 16 years, which is still not much, and then you suddenly lose power, you know what will happen. You will first of all go into a spin before you can recollect yourself and make yourself stable.

The managerial skills of those who left, were not palatable. They were not good enough. The gentleman leading them now, Senator Iyorchia Ayu, is not new in politics. He is not new in this country. He is a man that I know that has the fear of God in him. Those negative approaches to management, he has said will not be tolerated. We are all praying for them.

Because like I said as we enter January 2022 we need our best 1st eleven to manage our party. When we started gradually, people thought it was a joke. Then, we got spinned out.

We are trying to restabilise that platform, the PDP platform, where Justice, Fairness and Equity, will be the tripod on which our platform will stand. I am looking forward to better management, to respect the rules, and respect for order. I am sure it will be good for us, and Nigerians will take their time to look very carefully, watch very carefully, no sentiments. We will go through the normal due process, for candidates to emerge, from the state assemblies, all the way to the presidential candidates. We are going to do it according to the rule. We can then convince the public that we will definitely be better managers, meaning that, we will manage the resources of this country for the betterment of the people.

Again, those people who have left, they have done the best that they could do. What we are going through happens to all political parties all over the world. There are times you will be on top of the mountains and there are times you go to the throves, which is a lesson. Then you can say never again shall we get this low because that will be detrimental to our goal.

But I have one advice to give. Having been in the party since 1998, and having been part of the managers before, I can see that there is a lacuna, a gap and I want to beg our people to look at it.

What I am saying is that all those culture, the norms, the processes, that the founding fathers brought into the establishment of that party, we must put pen to paper and write them down. It is like Oral History. Everybody is interpreting those cultures, the norms and the processes in line with what suits them. Some will say, oh yes. There will be zoning, like zoning is done. But the question is: Zoning how? What kind of Zoning? What does the zoning mean? How do you do it?

So, that future generations will not come

and start to interprete it the way they like because it suits them, in that direction, but that was not the intention of the founding fathers. We still have some members, who are still alive, who started the party.

This is the time we must ask them, to set up a committee, let them put pen to paper. The mindset of those founding fathers should now be put down in writing, so that we don’t misbehave any more because when you start misinterpreting the thoughts and minds of those people, as if you were there, to suit you, those are the things that almost destroyed our party. And we must avoid them as we move forward. It is a must for those who are now managers, so the future managers will not come and start to say that is not what they meant, no, this is the way it should have gone. Don’t give it your own interpretation.

If it is in Black & White, then they will read it. You can then translate it to Yoruba, Hausa, Igbo, Ijaw and Co. So, that way we would not make the same mistakes again.

How will that help the party as we move close to the forthcoming elections? We are almost there.

It will help. Suddenly, I read that the party has a Zoning Committee with about 73 members in that committee. Wow! Wow! For what? And then they came and said we are zoning the Chairmanship to the North. And that this is the only post we are zoning. How? Why? If you zone the chairmanship position to the North, why are you leaving all the other positions?

Of course, the convention is clear. The zoning of the Chairmanship, cannot be done without zoning the party positions, like Deputy Chairman, Deputy Secretary, National Secretary, that form the National Working Committee Members. That should be done.

Because in our party, wherever the Chairman is, there are certain positions that do go with him.

You will now come back to the political positions like the Presidency, the Vice-President, Senate Presidency, Speaker, Secretary to Government and the National Chairman of the party. You know in Nigeria, in our Constitution we don’t talk about the 6 Geo-political zones. But in the good mind of our founding fathers they divided Nigeria into 6 geo-political zones. Because they did that they now had 6 top positions in the land-President, Vice-President, Senate President, Speaker, Secretary to the Government and the National Chairman. So, each zone, will have one of these. Now, you said you have zoned only party Chairman. That is only one out of 6.

Someone now said, Yeah, any zone can now contest for Presidency. No. That is not the way it is done. No. When you zone it is total. I worked at the National for 10 years. When you zone it must be total and transparent. It must be fair. It must be equitable. That was suggested to avoid the pitfalls that ran the 1st republic aground. So nobody should be left out as a Nigerian, whether you are a Minority, or Majority tribe, you will benefit in Governance. Equal treatment for everybody. The way it operates is that after 8 years, all the positions zoned to the North, will also come back to the South, all the positions in the South will go back to the North. That guaranteed that nobody will be left behind, so that someday, the minorities too will become the President. We keep forgetting that Nigeria was not a proper nation. It was created by the British for their economic gain, not for us. And because we have run this process for sometime and we saw the lapses, that is why all those Babas came up with this new arrangement. They were also politicians in the 1st republic. Everybody needs to be taken care of, whether you are Majority or Minority. That will bring peace.

We need to sit down and iron that out. It is a major, major issue. We have to resolve all these before going on to Presidential primaries. If we don’t, it is like we are kicking the can down the road. The Chairman of the party cannot come from the same zone, or, the same area as the President in the same party. So, why don’t we just do it once. Why are we deceiving ourselves? It is a major issue. That should be the major thrust of the issues for the Managers of our party as we move into 2022.

HOW HOUSE OF REPS SPEAKER STOOD BY ME TILL I WON – HON. SULEIMAN YUSUF

What PDP Should Do Urgently Before 2023 Elections was last modified: December 21st, 2021 by City People

How House Of Reps Speaker Stood By Me Till I Won – Hon. SULEIMAN YUSUF