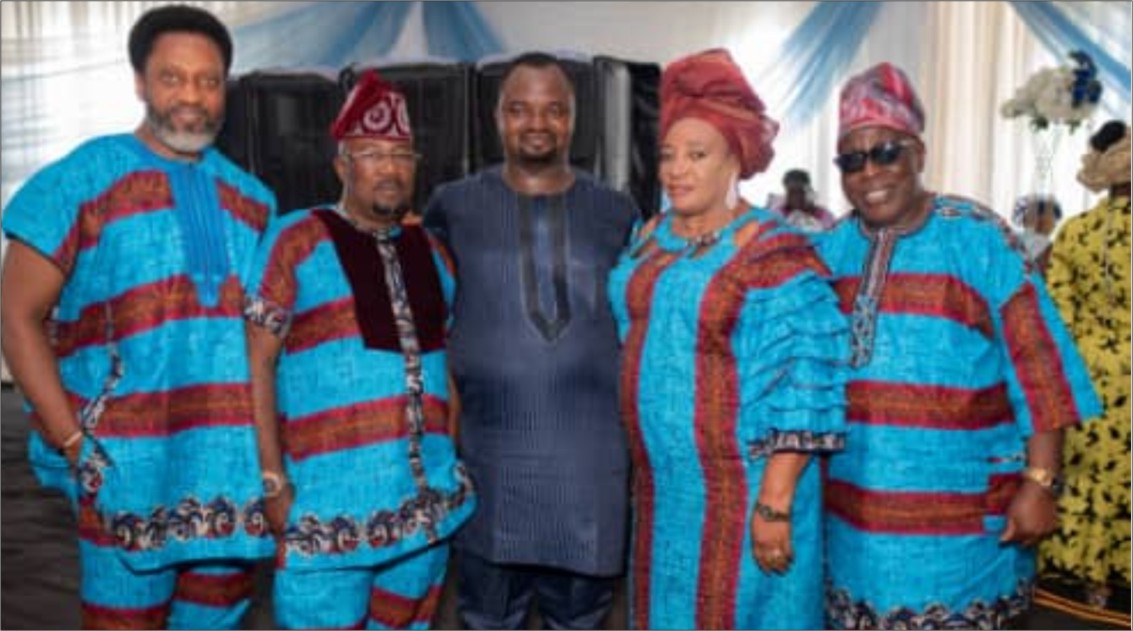 •Details Of The Celebrity Studded Party In IDOANI

Church Service was at Methodist Church, Idoani, after which the friends and associates of the family were hosted into a grand reception, at the Apostolic Primary School Field, Iyayu Quarter, Idoani, Ondo State.

Akinola Ojo and his siblings made sure their late mom was given a befitting burial. It was a glamorous and colourful party. The party shook the town to its veey foundation. Best party vendors around were engaged for the party. There were more than enough food, both local and continental dishes, at the party. There was also a tree flow of choice drinks.

Of course, the massive turnout at the party was not unexpected. Akinola Ojo is well-loved and respected not only in his community but also by his colleagues, friends and associates. He’s been described by many as a man of honour and integrity. Little wonder he was recently recognised with the Special Recognition Award, at the City People Ibadan Young Entrepreneurs Awards 2021. The award, according to the organisers, was a result of his immense supports for Events, Entrepreneurs & Retail Business in Oyo State. That is Akinola Ojo for you, he’s a very hardworking man and always ready to help.

So, the party was a kind of payback time for Akinola from his friends and associates from Ibadan and beyond. Interestingly, some of the above mentioned lovable characters were said to have been inherited by Akinola Ojo from his late mother, Mrs. Christina Ojo.

Mama Christiana Ojo has been described by many as a woman with a heart of gold in her lifetime. She was said to be a warm, kind and wonderful mother, not only to her biological children but those whose path ever crossed hers. She was also a dedicated Christian in God’s vineyard. That explained why elders from her Church, leaders in Idoani town and many others came in their large number to pay their last respect.

The duo of popular actors, Muyiwa Adegoke, popularly known as ‘Londoner’ and Mr. Biodun Kayode anchored the party as MCs. Psquare Events set up the gigantic Marquee, while EFTINS Events served as the official planner for the whole event.

READ ALSO: WHAT PDP SHOULD DO URGENTLY BEFORE 2023 ELECTIONS

What PDP Should Do Urgently Before 2023 Elections