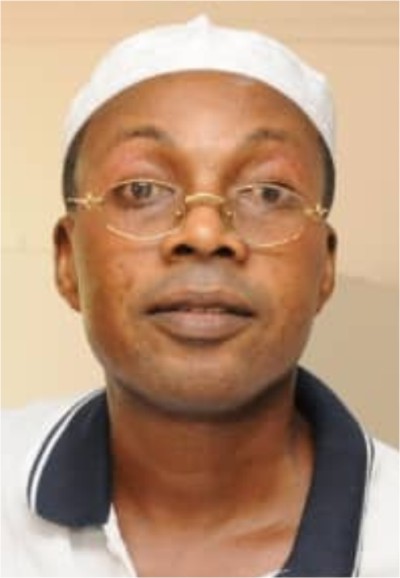 +21 Years Of His Flogin Water Business

It was an event marking the 25th anniversary of the Nigeria’s most popular softshell magazine, City People. According to Oginni, he is happy to familiarise with Dr. Seye Kehinde and the City People’s crew for the success recorded over the years. He said Twenty-five years of robust society reporting and excellent journalism is worth celebrating. The reception took place at UCH Guest Hotel/De Executive Suite, Opposite UCH Main Gate, Ibadan. It was a 2-in-1 event. It was also the 21st anniversary of Oginni’s Flogin Water. Trust Oginni, as an excellent host that he was, everything was made available at the party. From the sumptuous dishes to all grades of drinks, steaks, finger foods, Asun, Suya and what have you were in abundance. More than 10 prominent traditional rulers stormed the party. Big men from across the South West, as well as top captains of businesses were on ground to honour Oba Oginni and at the same time celebrate with City People. As usual, Oba Oginni was on his feet all through. He was moving from one table to the other to make sure all guests were adequately taken care of. Oginni’s special band, Amazing Grace was on bandstand. Popular broadcaster with the Broadcasting Corporation of Oyo State (BCOS) anchored the event.

In his Vote of thanks, Oba Olatunde Oginni described Dr. Seye Kehinde as a focused and deligent man, whose aim was for nothing, but the best. “I owe you all words of thanks, thank you all the ministers of God, traditional rulers, captains of industries, friends, gentle men of the Press, ladies and gentle men here present for your prayers. Thank you for showing me that you care.

Thank you all for joining me to celebrate 21 years of Flogin Water. My distributors, staff and well-wishers who have remained steadfast with me for more than two decades, I thank God for the beautiful story of Flogin Waters, which is one of my numerous businesses.

Also, to celebrate my dear brother, Dr. Seye Kehinde, on the occasion of 25th anniversary celebration of City People Magazine. Seye Kehinde stood by my side through the long haul and accepted me with all my excesses. It is true what they say, “a friend in need is a friend indeed”. The growth we have contributed to each other’s lives through these years is so amazing and it gives me great joy to see us at the peak of our careers. I love you dearly.

Cheers my friend! I wish you, Dr. Seye Kehinde and the entire management staff of City People Magazine prosperous years ahead. Permit me to borrow from the Bible verse (Psalm 126) which says, “When the Lord turned again the captivity of Zion, we were like them that dream”.

Apart from the themes of the party and entertainment generally, what got many so amazed was the almost completed UCH Guest Hotel/Dr Executive Suite. Guests could not, but marveled at the beautiful project and the level of works done.

CITY PEOPLE PUBLISHER MADE AN OTUNBA

At the event HRM Oba Adebayo Adewole (OFR) the Owa Ajero of Ijero kingdom, Ekiti State conferred the title of Otunba Gbobaniyi of Ijero kingdom on Dr. Seye Kehinde. It was Otunba Demola Popoola, a frontline Ekiti politician and philanthropist who pleaded with the Owa Ajero to appreciate Kehinde’s accomplishment in Journalism with a chieftaincy title.