Home News Why Everybody Is Talking About ONIMALU
News 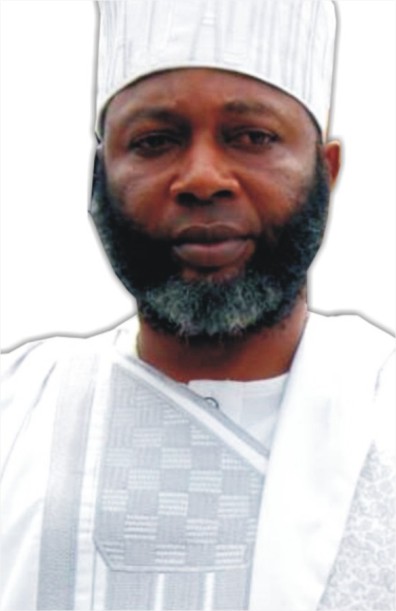 The Story Of IBADAN Rich Man Who Spends BIG

•Why He Is Now The Favourite At Many Owambe

One celebrity man whose name is worth dollars in Lagos, Ibadan and Ogun social scene right now is Alhaji Mutiu Oladejo. Though his real name may not ring a bell but mention his nick name “Onimalu, and many other rich Nigerian celebrities will begin to ask you if you have also heard about that rich Ibadan celebrity man who sprays in bundles.

Though Onimalu may be his nick name, but there is no doubt that this celebrity man has left a huge impression on the minds of many other rich celebrities with his flambouyance, his owambe presence and finnesse.

While those who know him from way back are not suprised that he is still well loaded, many who havent heard of him but have seen video of him spraying in bundles go viral few days ago have begun to ask how they can also get the young money bag to honour them at their next owambe.

Perhaps we should gist you about that event where Onimalu got the eyes over 1000 guests popping out of their sockets.

Well, it was the installation of popular Ibadan bizwoman, Alhaja Taofeekat Omobolaji Afolabi in the ancient town of Ake where Alake of Egbaland, Oba Adedotun Gbadebo installed Taofeekat as Otun Iyalode of Egbaland. A grand reception was held at Providence Hall aslo in Abeokuta.

Of course the event paraded many super rich Lagos, Ogun, and Oyo billionaires who brought in dollars and naira to spray the official musician of the day which was King Wasiu Ayinde. You cant have a man as rich as K1 as your musician for the occasion and be spraying dirty notes. While many were dazzling the Fuji King with cripsy naira notes on stage, a tall lanky handsome man with a mustache dressed in orange and purple luxury velvet and matching luxury shoes came in and K1 acknowledged his arrival while on stage. He sang “Onimalu mo recognise presence ee”. While many were turning to see who sells Malu in the hall, his appearance caught their attention. There is no way you will see him and you won’t admire him. His dressing and combination will give him away. At Alhaja Taofikat’s event, he was spotted in purple and orange combination velvet Agbada.

Few minutes past 7 pm, he stormed the stage with his bug purse. Of course, the beat changed immediately as he showed his class.

The beat changed when he brought out over 10 bundles of 500 naira to spray. He brought out the bundles and began to spray in bundles. Many other rich men began to watch him with admiration. He sprayed many bundles and also sprayed Alhaja Taofeekat Afolabi. While many were asking who he is, it didn’t come as a suprise to some to see Onimalu spraying in bundles. He is very hard working and also spends a lot.

Those who know him say he spends a lot on less privileged.

You can’t go to him and leave same way. He will surely bless you with money when he sees you. Many call him “adubarin matoshi”. Though his crowd is small, but many love to be close to him. That is why his house and office is always a beehive of activities. Invites comes in everyday and he honours those who are very important and blesses them with big money.

He is into many businesses from trading in cow business to other chains of businesses. Alhaji Mutiu Oladejo is not just popular on Ibadan social scene, he has his powerful connections in high places within and outside Ibadan. He is the MD/CEO Mudet Real Solution Nigeria Limited.

His fashion style stepped up when he was made the Asiwaju of Ibadanland and Mogaji of his Family. The 3-in-1 ceremony (turbaning as Asiwaju Adinni, Commissioning of modern mosque built by him at Agbede-Adodo and his birthday gig) was a mega, colorful and a celebrity-studded one. Top Muslim leaders, captains of industries and popular traditional rulers like Olugbo of Ugboland Oba Fredrick Obateru Akinruntan; Oluwo; Olubadan of Ibadanland Oba Saliu Adetunji Aje Ogungunniso 1; Timi of Ede and many others graced the occasion.

How did he get his name Onimalu? This is because he started his life selling cows. Though he made huge success from selling cows but he also plays big in other businesses.

But Onimalu’s Success story wont be complete without kick & start, from where he made a major break after trying his hands in many trades. Today, the herbal drink for man-power and enhancement has become a bigger brand. The herbal drink is known for its undeniable potency.

A visit to his house you will admire his taste for luxury. A look at the building alone will tell you more about the owner’s personality; it is a tastefully finished and furnished house with all the state-of-the-art fittings that one can ever imagine. It also comes with private swimming, VIP waiting room apart from the main building. It is a beauty to behold.

Why Everybody Is Talking About ONIMALU was last modified: December 14th, 2020 by Abiola Orisile