Why Federal Lawmakers & Governors Are At WAR! 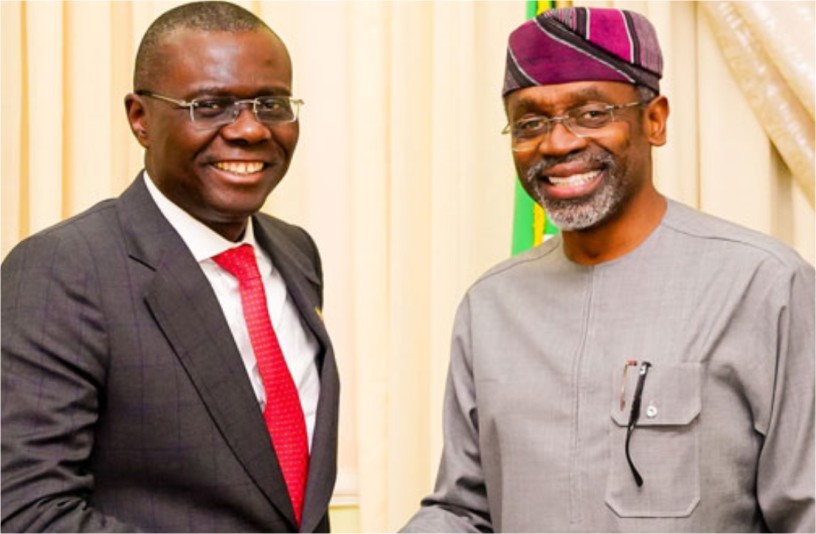 The silent battle between the lawmakers and state governors carried a new colouration when the legislature proposed and passed the electoral bill with an addendum that allows for direct primaries. While the lawmakers believe a direct primary is a tool that furthers the cause of democratic elections, the governors joined forces to kick against the move and pressured President Buhari to reject the bill on the same ground as the direct primary clause.

Currently, the APC is very troubled at the state level, with 23 of its state chapters in a kind of gridlock as gladiators refuse to sheathe their swords over parallel congresses, and on the other hand, the lawmakers representing constituencies and senatorial districts are reinventing themselves politically at the centre. The proposed amendments to the Electoral Act which aim to grant membership of the National Executive Committees of political parties to federal legislators is the subject of criticisms from many stakeholders who describe the legislators’ motif as selfish.

The legislators have said that the bill is aimed at freeing the people from the yoke of equally selfish governors. As governors swoop on the legislators in a battle of wits, pundits examine the lawmakers’ crusade and the governors’ self-centred bid to retain maximum power even while the populace watch at stance at the fight of two elephants. According to a lawmaker, who disclosed to City People the real fight between the governors and lawmakers, the battle has to do with political superiority.

“How can you compare such a lawmaker with a governor who’s in his 40s or who is just serving his first term”. The forty-something year’s old governor, may either still be in the university or may have not even found his bearing politically while Rt Hon. Gbajabiamila has been part of the government.

“So it will be an insult for any governor to dictate who becomes the next lawmaker or senator from his state, by the reason of influencing primary elections. The direct primary will foster true democratic process and allow the people to decide who represents them.” “We cannot allow governors to hijack the political structure of their states for personal vested interest,” he said.

The alleged overbearing influence of serving governors is undoubtedly connected to the influence they bear in effecting the political viability of the legislators, via their control of delegates who determine who to vote for at the primaries

Now the legislators seem determined to throw off the unholy yoke of the governors over the parties and principally the dominant All Progressive Congress, APC. Their means of freedom is the proposed amendment of the 2010 Electoral Act which aims to grant direct primaries to party members of all parties. The undaunted lawmakers are bent on whittling down the powers of the governors in the NEC and would not be ‘blackmailed’ into abandoning the project in what is panning out as a battle for the survival of the fittest. Determined to torpedo the move, the nation’s Governors have launched an offensive including the use of carrots and stick to kill the proposed amendment. And the offensive seems to be yielding results. President Muhammadu Buhari had written to the National Assembly refusing to assent to the bill, citing security concerns and the cost of adopting direct primary for political parties.

The battle between the lawmakers and the governor is not limited to the state level. The contest for 2023 elections at all levels is another point of call that has remained unsolved as both factions are using the divided party cold war to fight their battles. While the governors acknowledged the leadership of Mai Mallam Buni, as the party chairman, the lawmakers are standing behind the Marafa-led new faction of the party.

Buni had come under storm following attacks launched by aggrieved stakeholders of the party.

In the latest of such attacks, a chieftain of the party from Zamfara State, Sen. Kabiru Marafa, described the Buni-led CECPC as an illegal contraption. Another group known as Concerned APC Stakeholders asked him to resign or get sacked.

However, the governors, in a statement by their Chairman and Governor of Kebbi State, Abubakar Atiku Bagudu, stated that Governor Buni has led the party well.

”We wish to acknowledge and commend your leadership, vision and commitment to a united and prosperous Nigeria. As the Chairman, APC Caretaker and Extraordinary Convention Planning Committee, we celebrate your inclusiveness leadership in this period of the life of our Party, APC”, Bagudu stated. The APC governors added that Buni has been “a consistent and selfless contributor to progressive initiatives towards developing our states and Nigeria”.

“We also recognize your insightful and resolute inputs to the processes of managing governance in Yobe State. As Governor of Yobe State, through all the development initiatives being implemented by your APC-led government, you are a shining light of our politics!

The fight for supremacy between the legislative arm of the government at the central and the state governors has been an age-long battle that made headlines in the past and has continued to be at the centre of national debate. There are also many cases of lawmakers fighting governors on peculiar issues. Some of these controversies include; Dino Melaye Vs Yahaya Bello, Shehu Sani Vs El-Rufai, Suleman Hunkuyi vs El-Rufai, Abdulaziz Yari vs Kabiru Marafa, Kashim Shettima vs Abu Kyari, Olamilekan Yayi Vs Ibikunle Amosun, Ajayi Boroffice vs Rotimi Akeredolu, and many more.

READ ALSO: WILL YOU HELP ME OR NOT?

Why Federal Lawmakers & Governors Are At WAR! was last modified: January 5th, 2022 by Seun Emmanuel

Will You Help Me Or Not?