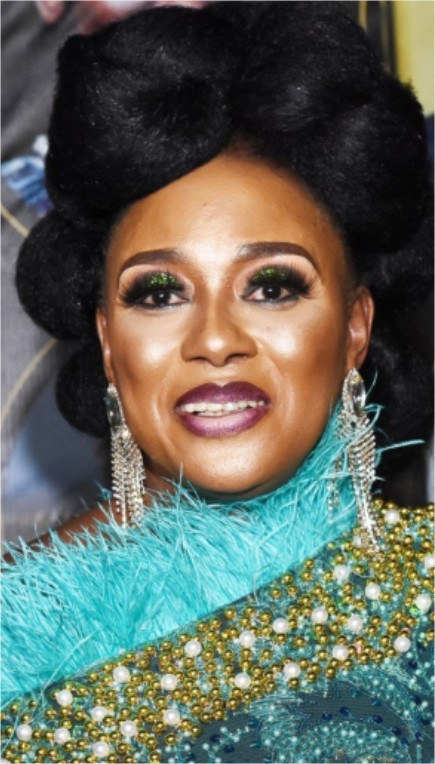 On Wednesday 22nd December 2021, Yetunde Oduwole the CEO of Bustline Media took the day to celebrate humanitarian services by special Nigerians at the Monarch event centre located at Lekki, Lagos. The event was anchored by popular TV host, Denrele. Star guests like Nancy Isime, Lekan BBNaija, Foluke Daramola, Pretty Mike of Lagos, Dr Mary Charles, CEO Pels International and many others were there.

The Diamond Recognition Award was celebrated alongside the launching of a book, Single Motherhood: The Success Manual written by Yetunde Oduwole. In an interview with City People Reporter, DAMILOLA AKANDE, she revealed the inspiration to write the book and how to succeed as a single mother. Read excerpts below.

Can you tell us your name and what you do?

I am Yetunde Oduwole, the CEO of Bustline Media, UK. Everybody knows that already because my works speak for me. I am the founder of Diamond Special Recognition Awards. It is an award focused on charity to celebrate humanity and people in the world. In 11 years, we have staged it in 8 countries and we are proud of ourselves.

Tell us a little about Bustline Media, UK?

Bustline has dated back to over 30 years, I started writing a column called Bustline when I was 18. I became popular through the column and that was the time of no internet. I have also written for Sweet Hearts Magazine under the tutelage of my Editor Kayode Ajala. From there I worked with Mayor Akinpelu, Dele Momodu, Seye Kehinde and many other big names in the journalism industry in Nigeria.

Even when I relocated to the UK, my ex-husband and I started a publication together. So, I have been into journalism almost all my life. The name Bustline was coined by the editor who asked me to write a column and I was looking for names. He chose Bustline. It is feminine and it relates with the column.

What led you to found Diamond Special Recognition Awards?

I woke up one day with the urge to diversify. I am a person who loves to do differently. I was looking for something to do after quitting active journalism. I wanted to be useful to society, so I decided to celebrate people who are doing charity works in the world. I started with London, the 2nd edition was held in Lagos and that was the last time we came to Lagos. So, that is why I am back here.

What was the hard part of life you had to go through as a single mother?

What more would you do to help the stereotyping of single mothers?

The power is my book, I am still going to channel books like this to the world to tell the world you have to believe in single motherhood. This is because they are superhumans and it is only a superwoman who can bring up kids single-handed. We need to celebrate them. I look forward to the day that a single mother will be President.

What do you have to say to fans?

Be strong, if you are not strong for yourself be strong for your kids. You can cry, but not in their presence. There are times I look at myself in a mirror in my room and cry to myself to exhaustion and I come out smiling to my kids, pretending all is well. So, always let them see the positive side, the children are going through a lot already being labelled children from a broken home. Make them believe in themselves and help them have a backbone in you. With this, you can go out there and do wonders, you can do it.

READ ALSO: WHY FEDERAL LAWMAKERS & GOVERNORS ARE AT WAR!

Why Federal Lawmakers & Governors Are At WAR!