Home News Why Hon. ROTIMI AGUNSOYE Is Going Back To House Of Reps
News

Why Hon. ROTIMI AGUNSOYE Is Going Back To House Of Reps 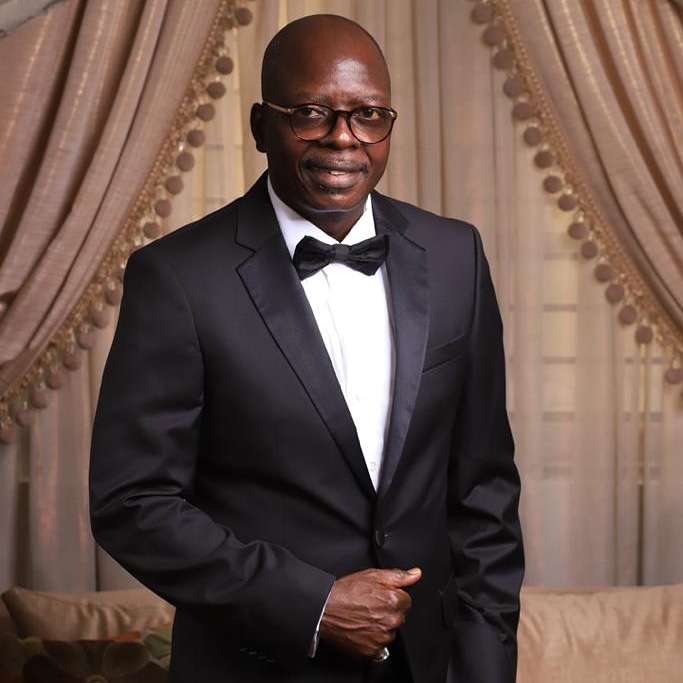 Be the first to know that Hon. Rotimi Agunsoye, the House of Reps member representing Kosofe Federal Constituency is going back for another term. His posters are already all over his constituency.

Let’s tell you more. Prince Oluwarotimi Agunsoye first became a Federal Legislator as a member of the APC party in 2015. He became the Legislator representing Kosofe Federal Constituency. As a serving Legislator in the 8th Assembly, he proposed and supported over 30 Bills and motions and equally served as a member on several House Committees such as Defense, Public Petition, Human Rights, Sports, Civil Society, Diaspora and Delegation and was appointed a member of the Governing Council of the National Institute of Legislative Studies (NILS).

Hon. (Prince) Oluwarotimi Agunsoye is a man whose journey embodies virtues we all strive to embrace. The virtues of resilience, passion, equity, commitment, loyalty, simplicity, humility and focus. Over the course of his career as an Administrator and Politician, these words have come to truly define the man that he is today.

He had is elementary education at The Apostolic Primary School in Ijebu-Ijesha and proceeded to Mount Olivet Grammar School, Bodija in Ibadan for his Secondary education.

Prince Oluwarotimi Agunsoye was born in Ijebu-Ijesha, Osun State; into the Royal family of Agunsoye on April 21, 1962. He had his elementary education at the Apostolic Primary School in Ijebu-Ijesha and proceeded to Mount Olivet Grammar School, Bodija in Ibadan for his secondary education.

Just before he got into the University, certain events shaped his life and have become one of the foundational principles that drive his politics and way of life. However, he took this life-changing event with him to the University of Ibadan where he was able to first exhibit some of the virtues he is known for today. His passion for social justice, equity, freedom, politics, and fairness all stem from his formative years of discovering who he is.

He became a member of the Transition Committee in Ikorodu Local Government and served as the Deputy Executive Supervisor for Education in 2002. He was appointed to the Board of Lagos State Environment Protection Agency (LASEPA) in 2005 and went on to become the Special Advisor to His Excellency, Governor Bola Ahmed Tinubu on Physical Planning and Urban Development between 2006 – 2007 and was later appointed as the Commissioner for Local Government and Chieftaincy Affairs in Lagos State in 2007.

He remains resolute to his cause and strives to achieve his goals using the available resources at his disposal with emphasis on ‘quality representation’ to help solve topical issues that directly impact inequality, injustice, poverty, indignity, inadequate access to education and quality healthcare.

As an astute politician, he has earned the name “a man who keeps his word’. This is not just demonstrated amongst his constituents but by colleagues, business associates and party members, who share how much dedication he puts into honouring his commitments. As a testament to the consistent and passionate discharge of his duties.

His body of works within the All-Progressives Party (APC) structure all lends credence to his philosophy and desire to redefine the narrative about politics and governance. He continues to serve in his capacity as the Honorable representative for Federal Kosofe Constituency by delivering unequalled, consistent and quality representation that impacts directly on Kosofe constituent members.

Hon. (Prince) Oluwarotimi Agunsoye is not just a formidable Grassroot Development Expert, he is also a Public Speaker on related subject matters, and the author of the book titled: Local Government Administration: My Reflections. He is also among other things an astute sports lover, a man of deep faith who believes in God, Country and Family.

Why Hon. ROTIMI AGUNSOYE Is Going Back To House Of Reps was last modified: May 17th, 2022 by City People

Why I Am Running For Ogun Governorship– APC Guber Aspirant, Architect Owodunni Opayemi