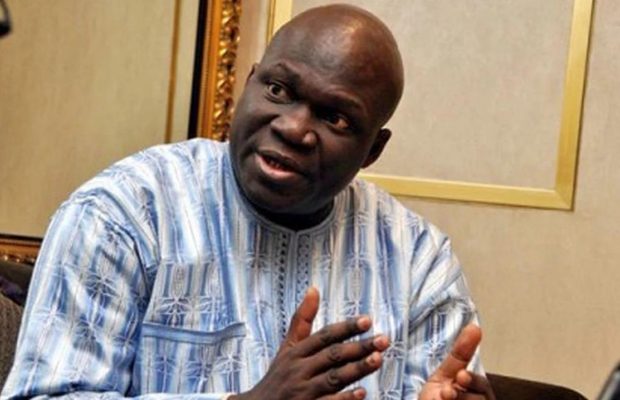 One question which Dr Reuben Abati is often asked by many is why he chose to accept to run for Governorship with late Senator Buruji in 2015. This is because both men belong to two ends of the pole. Dr. Abati is intellectual to the core with a PhD in his kitty, while Senator Buruji Kashamu was a grassroots politician and mobiliser who was streetwise. Little did many know that what looked like a misnomer was why Kashamu picked on Dr. Reuben Abati to run with him.

Last week, Dr Reuben Abati told how he was picked to run with Senator Kashamu and why he gladly accepted.

What was the attraction at that time to accept to run with Kashamu? “First of all let me say that we are all politicians. As citizens, we are all interested in what happens to the Nigerian state. There are people who sit in their houses and expect that they will be invited to come and join politics. That won’t happen. Nobody will write you a letter of invitation to come and join politics. We have to make that clear.

And one of our 1st major resolutions was that nobody was coming to invite you to join politics. You have to show interest. I showed interest. That is why I am not apologetic about being interested in Nigerian politics because even the people who tell you, no I don’t want to do politics are lieing. One way or the other they are involved. They make comments, they observe, they vote.

So, when I was invited to come and be running mate to Senator Buruji Kashamu, I had no qualms because I was coming from 2 directions- (1) I had shown interest in Nigerian politics through our Progressive Action Movement (PAM) as it was called then and (2) Also through my service with President Goodluck Jonathan as his Special Adviser. So, it wasn’t an issue for me.

In any case when I was invited, I was invited for balancing. You know in politics there is balancing. When I was invited I felt comfortable because I had known Senator Kashamu. I had a relationship with him when I was in office. So when he invited me and I went to him, he brought out a list. He said, look, there is a list of 15 persons. You were not even originally on the list but your people from Ogun Central said you are the person they want, that they thought it is Reuben Abati that should represent Ogun Central, which is the Abeokuta Constituency and he said it was convenient for him because I know Abati. It is not as if you are recommending a stranger to me. He is somebody I know very well and he just wanted to know whether I was interested, whether I will like to do.

I said yes. It will be a great pleasure to grow at this level.

And he said you know, I know you very well. The people who recommended you didn’t know you are my person. He said I just told them yes, yes, yes, I know Abati. He made a phone call and we met. And that was how we started.

We had great dreams. We were determined to make a difference. His position was that he will use his entrepreneurial skills. At all our campaigns, he will tell people, look, you know I am a successful businessman. I have done very well with real estate, hospitality business across West Africa, not just even in Nigeria and I will like to replicate that in Ogun State. He used to say Abati, the nitty-gritty of it, you and other people will face it. My own is to make sure I transform the state. He was really determined to transform.

But you know we had peculiar challenges. The party was divided right down the middle. There were legal cases in courts. There was an objection to the party at the National level. Most of that, for personal reasons, some persons who had interacted with him politically were simply afraid of him. Because he was a very formidable man. He had courage. He had financial power. He had a very intimidating Grassroot mobilisation structure with his Omo Ilu Foundation. In politics, people ger easily intimidated particularly if you have a combination of Economic and Financial Power with Political Influence and you combine that with a towering personality and an intimidating grassroots support, combined with the kind of unexplainable street wisdom that Buruji Kashamu demonstrated. So, even if he did not offend anybody, he will pick up enemies. When they needed him, they used him, for their own purpose. When he decided that he wanted to use those skills for himself and for the people of Ogun State, they opposed him.

We lost the elections because there were too many 5th Columnists within the house and there were formidable opponents outside.

Why I Accepted To Run With Senator BURUJI KASHAMU – Dr REUBEN ABATI Reveals A Lot was last modified: August 18th, 2020 by City People