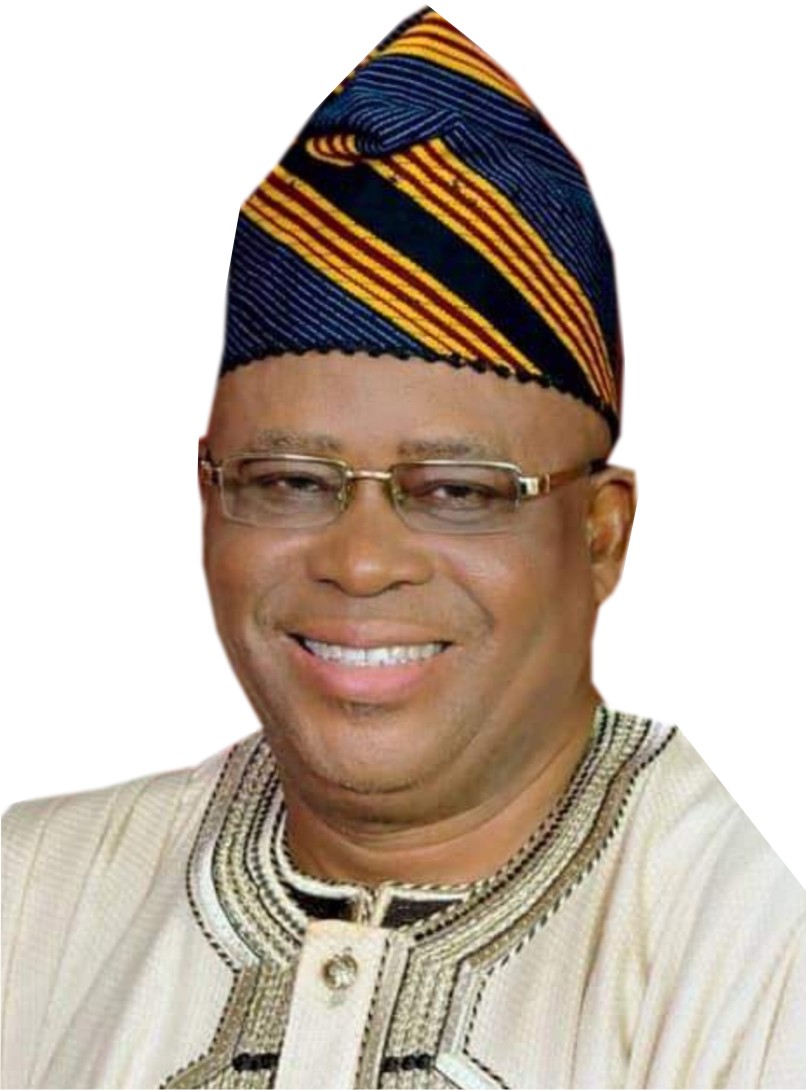 Hon. Kayode Akinmade was the immediate past Commissioner for Information in Ondo State under ex-Governor Olusegun Mimiko. He also served as a Special Adviser (Media) to a former Speaker of the House of Representatives, Hon. Dimeji Bankole. He is a chieftain of the People’s Democratic Party (PDP) and the House of Representatives consensus candidate of the party for Ifedore/Idanre Federal constituency in the 2019 general elections. He was born in Idanre Local Government Area of Ondo State.  He had his primary and secondary education in the state before proceeding to the old Ondo State University of Ado-Ekiti, now Ekiti State University, where he studied and was awarded a Bachelor’s Arts Degree in English and Literary Studies in 1992. He also studied and bagged a Master’s Degree in Public and International Affairs from the University of Lagos. Akinmade began his professional career in journalism with the News Group, where he served as the Lagos State House Correspondent  between 1994 and 1996. He resigned his appointment with The News in 1996 to become an  Assistant Editor with the now defunct Diet Newspaper till year 2000. Hon. Kayode later joined Tribune Group in  January 2000 and left the popular print news giant in year 2007, having worked as the Lagos Bureau Chief. He is a journalist with over 30 years’ experience.

In this interview with City People’s ADEOLA SHITTU, he opens up on his plan and why he is in the race.

You are the only PDP candidate in the forthcoming election in Ondo state who emerged unopposed at the primary election, how did you achieve that?

I will like to correct the saying that I emerged unopposed because I didn’t just emerge as the candidate, rather I will say, the Idanre/ Ifedore federal constituency’s ticket was zoned to my local government.

As a House of Reps candidate for Idanre/ Ifedore federal constituency, what are the things you will do differently from the previous and incumbent lawmakers who are the APC’s candidate?

Thanks for this question. In every general elections, my federal constituency has its representative, but the question is how many federal projects can we boast of?  Do we feel their presence in terms of infrastructural projects, federal institutions or other developmental projects, that will help improve the lives of our people. The answer is no. Let’s take, for instance, the last 3 ½ years, the only federal project that came to my federal constituency from the federation account for constituency project was the N55million which was used for the purchase of motor cycles (Okada), it really saddened my heart and it’s not acceptable to me and neither is it to the good people of Idanre/ Ifedore federal constituency because we do contribute our quota to the federation account. Don’t forget that Idanre is one of the largest cocoa  producers in Nigeria, but what do we get for it? Rather, the money meant for my constituency is being shared to other constituencies because nobody is asking questions, so we are going to ask questions. We want to know what happens that despite our revenue, we don’t have good roads not to talk of having federal institutions. We have nothing to show for  it, we are being short changed. So, aside good representation, I’m going to ask questions, make contributions and at the same time make  observation, maybe if all these had been done, we won’t be saying this now.

On the issue of what I will do different for my people, you see having worked at the National Assembly as a Special Adviser on media and strategy to a former Speaker of House of Reps, Rt. Hon. Dimeji Bankole, that position gave me a lot of opportunities to really appreciate what is going on at the National Assembly and realise the challenges some members are facing in terms of providing quality representation. I was able to understand the dynamics of Nigerian politics, so my going there, my federal constituency will enjoy good qualitative representation.

In what way are the people being short-changed?

Perhaps, owing to the inability of some of our previous representatives to understand the dynamics within the National Assembly, we have been cheated. I can say without mincing words that between 2015 and 2017, the only money allocated to my constituency was N55m. That money came in 2015 and it was for the purchase of motorcycles. When you look at that, it is very ridiculous that my people were reduced to motorcycle riders in a federal constituency where we have competent and qualified graduates roaming the streets. At this critical point, there is a need for us to change the status quo and ensure that we get our rightful place in the country’s scheme of things.

You are contesting against the ruling party, APC among others. What chance do you think you have, considering the fact that the Ondo State APC Chairman is from the Idanre Local Government Area?

Everything is in the hands of God. The APC Chairman and I are not from the same political party. He is well-respected in the community and I have a great regard for him. Nevertheless, if you look at the political history of Ondo State, the APC is just a new entrant. We were all aware of the happenings in the state two years ago that brought about the emergency of the APC.  The people of Idanre and Ifedore, the two local government areas that constitute my federal constituency, have a rotation arrangement and if you look at those who have been representing us since 1999 to date, Ifedore has spent 16 years, while Idanre has had only four years. Most people in the federal constituency are of the opinion that this is the time for Idanre to produce the person to represent us at the House of Representatives.

This is to ensure equity and fairness in both local governments, established for decades. All political parties honour and respect this unwritten agreement. The PDP had this in mind while presenting aspirants for the primaries and it is well-positioned to win any election. At the national level, we are ready. We have learnt from our past mistakes. We are well-repositioned and now using a template that will be difficult for any party to beat. Besides, election is about people. You will recall that our people have expressed some regrets in voting for the APC in the state, particularly when you look at it from the areas of infrastructure, unemployment and security. I can speak for Idanre/Ifedore and I know that on February 16, 2019, we shall be victorious by the grace of God.

Why do you think Ondo State has had poor representation at the National Assembly?

As I mentioned earlier, some parts of the country got it right in the area of representation. I can talk about our friends from the northern part of the country. If they want to send people to the National Assembly, they look at their pedigree and they make sure they are the people who will protect and defend their interests. I can tell you that irrespective of their political divide, northern interest is northern interest. In the South-West, in 1999, we did very well during the period of the Alliance for Democracy when you look at the calibre of the people who represented us at that time. They were people who understood what the Yoruba wanted and they went for it unlike what we have today.

The new trending method in winning elections in Nigeria today, is through vote buying, what’s your view on this?

I must say, it’s a very serious and a big challenge to our democracy because vote buying has made our elections not to be  credible. It has also thrown up people of questionable characters, questionable people high jacking the position. It is in interest of all Nigerians to stop vote buying because where you are inducing voters during the election, you are stealing their future, you are mortgaging their lives, anybody that comes to you to buy your vote, believes he has paid for the vote, so, therefore, he is not accountable to you and if you feel you have a representative, you are deceiving yourself because he bought the vote and that means we are not voting based on competence, idealogy, there should be a law on this which will make it a criminal offence. Though, INEC has swung into action on the issue of vote buying, let us see how far it can go. But if it continues. I’m afraid it would signal an end to our democracy because if you vote leaders with questionable characters, if you promote people whose motive is to come and steal and destroy it won’t help our democracy. So we need to educate our people which my campaign teams have been doing. We are hoping and praying they will listen.

Do you think 2019 elections would be free, credible and fair?

I’m not God, but if we have to go by what happened in Osun and Ekiti elections, INEC needs to wake up, they should remain an unbiased empire. They know that they have serious responsibility and role to play in ensuring that we stabilise our political climate. A situation where elections are manipulated, the multiplier effect is better imagined. Violence is one of the results of the manipulated election, misrepresentation and many other evils will follow and if INEC is interested in the existence of Nigeria, they should work to build the credibility that is lacking in the agency at this critical period. I’m afraid if they allow the 2019 elections to be manipulated, only God knows what will happen in the country called Nigeria. We have precedence. in 2015, a government conducted an election and lost, if the government wanted to manipulate the election, it would have done so, but it took the interest of the country first and we are happy today, so what I’m saying is that INEC should put the interest of the country first.