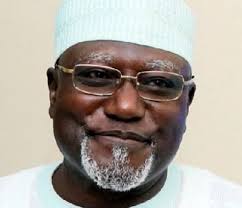 Investigation has started into why officials of the Department of State Services (DSS) invaded the National Assembly on Tuesday, forcing Nigerians to wonder how much has changed since 2015.

The police say they are interrogating the former DSS boss, Lawal Daura, who was fired by Acting President, Yemi Osinbajo.

In a report by the Inspector General of Police, Daura was quoted as saying that a few things led to the deployment of DSS operatives.

He told the police that his men were deployed based on an intelligence report.

According to the Inspector General of Police, Ibrahim Idris, Daura said the report highlighted “that unauthorised persons were planning to smuggle undisclosed dangerous weapons and incriminating items into the National Assembly Complex”.

But Mr Idris faulted Daura’s claims saying “the claim of purported intelligence report by the suspect cannot be substantiated, as the personnel deployed were not EOD (Explosives Ordinance Department) experts or specialist in this regard,” Mr Idris wrote.

He said the DSS boss did not also share the information with the Acting President, the Police or other sister security agencies. More like he was acting alone.

The police boss said the deployed DSS operatives who were masked “acted like mercenaries, hired to carry out executions”.

In the report, the IGP recommended that DSS operatives that “invaded and barricaded” the National Assembly complex should be released to the police investigating team for questioning.

“There is need to search the houses and premises of all identified suspects” and that “all communication gadgets such as computers, mobile phones and electronic devices of the suspects will be thoroughly analysed,” the report added.