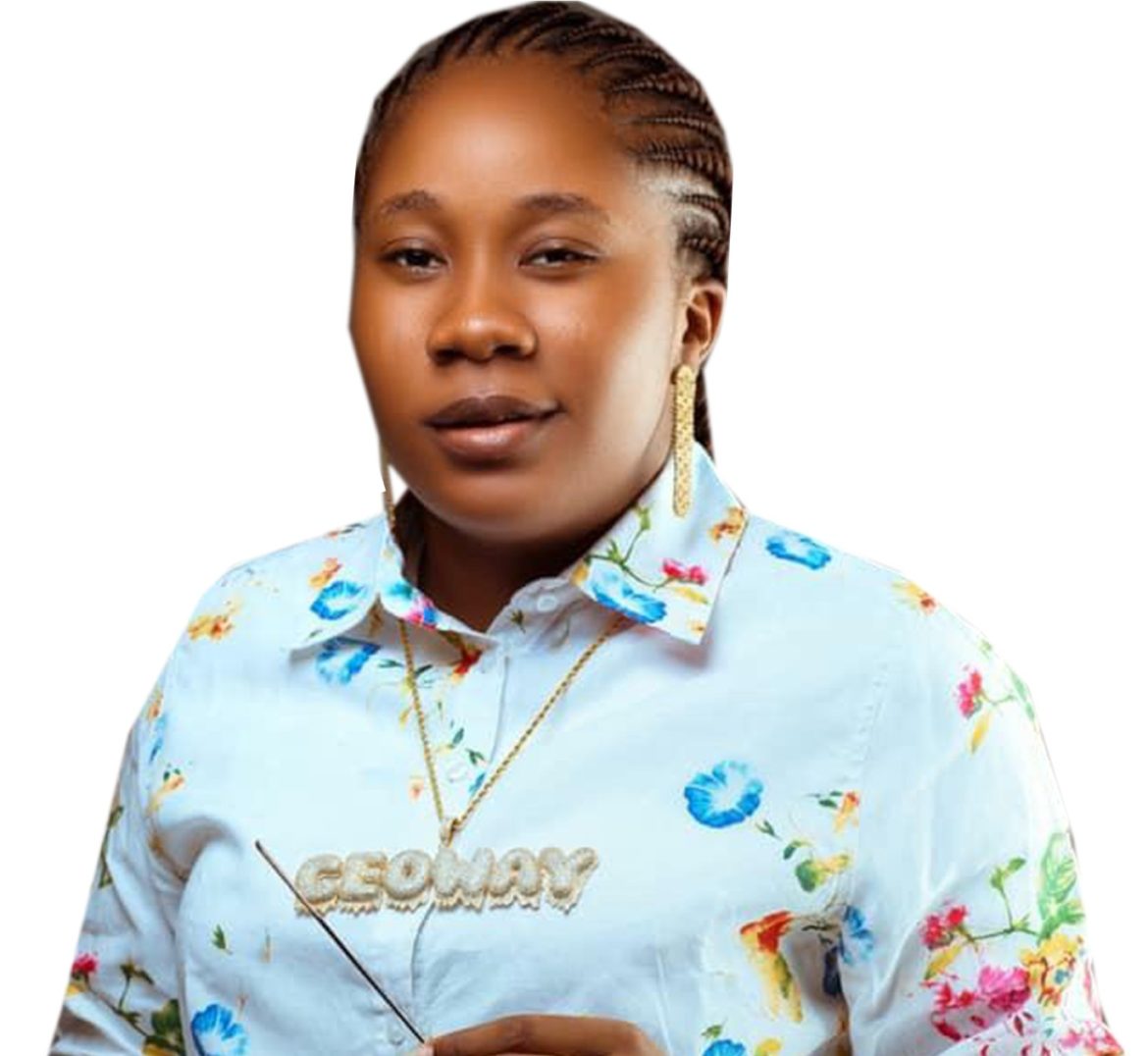 She is one of the wave-making music promoters in the music industry. Everyone calls her by the nickname, Rawkey White but her real name is Rokeebat Omobolaji Odetola. She is one of the daughters of Fuji star, Alabi Pasuma. But many don’t know that. She also does not tell them, unless you ask. City People Publisher, SEYE KEHINDE spoke to her last week at the Omole residence of her father in Lagos. She spoke about her life and how initially her dad didn’t want her to go into showbiz at such an early age. Below are excerpts of the interview.

Tell us more about Rawkey White? Can you introduce yourself?

Yes. My name is Odetola Rookebat Omobolaji. I am popularly known as Rawkey White. I am the CEO of Rawkey’s Entertainment. Its an artiste management company. I manage artistes, basically artistes.

When did you set it up and how many artistes have you managed?

I started officially when I entered the university in Kwara State, I went to Alikmat University, Ilorin. I started officially in 2012. I made my logo & I started. Based on my background here in Lagos, I used to roll with the likes of Small Doctor & Co. at those times. I just had the passion then. I  have always had a passion for it from my background. But later on, I met Junior Boy. I worked with him. I managed him. When I went to Dubai in 2017 I met Slimcase. I worked with him. But then I had Danny S. So, I worked with Danny S for a few years. Presently now, Danny S, the one that sang Me & You Again. So far so good.

How have you found managing artistes from 2012? That’s about 7 years…

What has kept you going? Why have you not given up. Why are you not tired?

Basically I have the passion for what I do. The more I keep going, the stronger I get and become. I don’t want to disappoint my father because when I started, he was like I will be singing Fuji and you, my daughter will be managing artistes, haa! it can’t work out. I tried all my possible best to let him know that I am not doing it for anything like runs. His fear is because I am a female, I am young. I want to work at night, go to clubs, fellow artistes. There is a trust issue involved in that. When I now developed my business to the point where I started going for shows in Dubai, London, S.A, he now said, nice one. I just have the passion and I believe at this stage of my life, I don’t need to give up now. It’s just because I have passion. I don’t have a competitor. Nobody is chasing me. I am not chasing anybody. It’s about passion.

How has life been as Pasuma’s daughter?

Being Pasuma’s daughter stops outside the gate of my house here. When I leave my house and I go out, nobody knows me. I can say maybe when I worked with Danny S, that was when they started saying you don’t know my Manager, she is Pasuma’s daughter.

All those artistes I tell them please leave aside my being Pasuma’s daughter, lets work, forget my background. Why I usually tell them to forget my background is because my father is not in support of it. I had to like force and beg him to allow me do what I do. So, I am not always proud to say it. I don’t know who is very close to him that I will meet and he will pick up the phone to call him to say Paso your daughter is here, blabbing outside. She is in a club. So, I do go to shows on a lowkey level. I am not loud. When I first started I decided he must not know, then. So, I was always not proud to say I am so, so, so, so daughter until when the glory started to show up and he started calling me CEO. He will call me Rawkey White, the CEO. Rawkey White Entertainment endorsed by your daddy. That is how people now started to know that I am Pasuma’s daughter. Till now, most people are still doubting whether I am Pasuma’s daughter or not based on the way I relate with them on the public. His name is aside. My name is aside.

So you mean from day one, you never planned to use his name to climb up the ladder?

I never thought of it I never thought of using his name to climb up. Right from time, I am always around his boys. I can say maybe I am the only child of his that relates with all of his boys. You met me outside with them gisting. Right from childhood, I had the feeling, I had the plans that when I grow up, I want to have this kind of house (points to his dad’s house in Omole) and put my people there like my dad did here, and I want to be the boss. That is my own aim. So when I started working, I had my own office, I also had my people. I have people who work for me. I thank God. So, the name is just different. I started it not to prove him wrong. I started it because I want to do it. All I want to do is to just manage artistes, not to sing. I started as part of the artiste’s entourage. I just follow artistes without any position, as part of the crew.

What I do is when I leave my gate, I leave my name inside my room. When I go outside, I want to know what’s up. I go to see DJs, go to shows, meet up with artistes and life goes on. I am happy I have been able to stabilise my business. I have a car. I have a P.A. I have an official Photographer. I have a crew. I have a driver. I have my blogger. Basically I have people that work for me. But I am not in that boss level yet. I am still training them. So, I do the main job myself, they also handle artistes on my behalf.

How did you coin the name Rawkey White?

My name is Rookeybat-I am a Muslim. I am the 3rd born of my family. In my house people around me call me, Rawkey, Rawkey, it was a short form of Rookeybat. I love to put on white. Basically, I am always in white most times. When I entered UNI, they just added the White to it.