Home News Why I Had To Return Back To LAGOS PDP LAGOS Guber Candidate, BABATUNDE GBADAMOSI
News

Why I Had To Return Back To LAGOS PDP LAGOS Guber Candidate, BABATUNDE GBADAMOSI 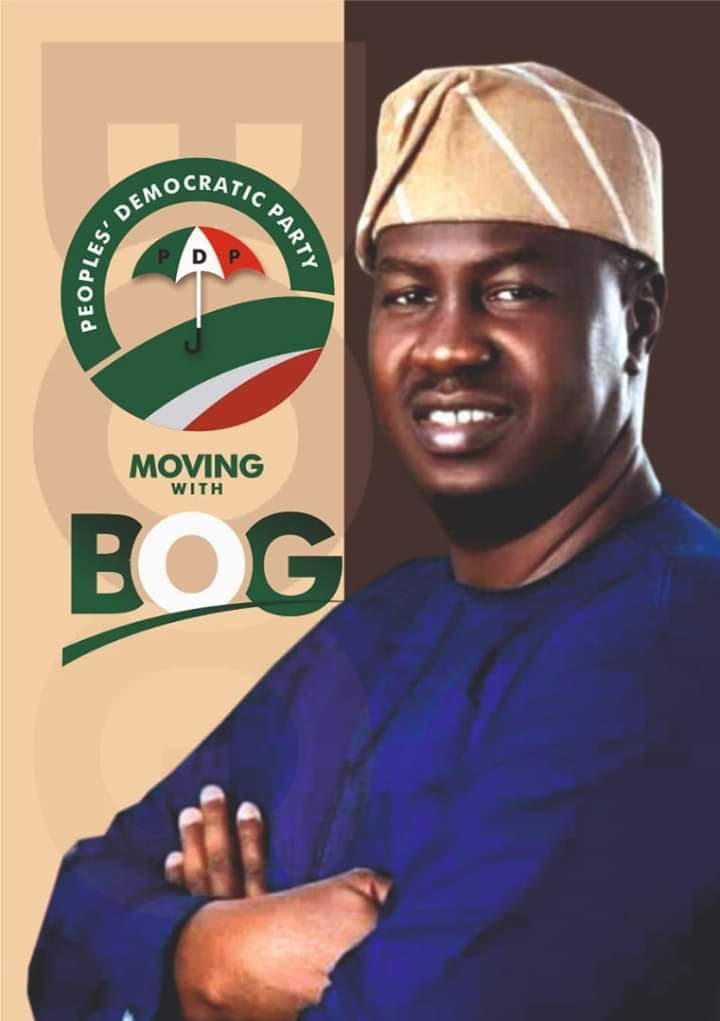 In Lagos politics, Mr. Babatunde Gbadamosi has carved a niche for himself as one of the top contenders for the No1 job in the state. At the last elections, he ran for governorship on the platform of the Action Democratic Party (ADP).

At that time, last year, he dumped the Lagos PDP of which he was a valued member and decided to move on. The APC won and the present Governor Babatunde Sanwo-Olu, was declared winner.

Right now, Gbadamosi, who is a leading Real Estate Player and the owner of Amen Estate in Lagos State, is back in PDP. Many saw the possibility of his going back when he attended the Lagos PDP reconciliation meeting held in Chief Bode George’s Ikoyi Office in Lagos a few months back. Right now, there are strong indications that he is most likely going to be a strong contender for the PDP governorship ticket in the next governorship race.

A few days back, Gbadamosi, was our guest on the City People TV Instagram Live Chat during which he revealed why he decided to go back to the PDP. Below are excerpts of the interview.

A few months back, when you attended the Lagos PDP reconciliation meeting at Chief Bode George’s office in Ikoyi, there was so much uproar in the media and among some party members, who wondered why you attended despite the fact you are not a member of the party. How did you take all the criticisms?

Well, that meeting is now history. Isn’t it. I am now in PDP.

How easy was it getting you to go back to PDP despite all your reservations and the strong views you held at that time?

You know what Yoruba people say: Eni ti ko ba gbagbe oro ana, ko ni ri eni ba sere loni. Yes things happened. And I left at the time I left. We are all human. But we have arrived at an agreement of sorts. And we have agreed to disagree. So, we now know where we are.

Everybody knows where we are. And we have all agreed to work hard, to work for the party to enable us to win in 2023, to win the next election. That’s where we are.

There are those who feel that Babatunde is too refined and decent to survive Lagos politics. Do you agree with that description? They say you don’t look like the politician next door. How do you reconcile all these with the kind of person you are?

I have evolved over time and my upbringing also shaped me. I was very, very fortunate in my opinion to have had the benefits of being raised by 4 different fathers, my father’s stepfather obviously. My formative years were spent with my grandfather, Chief S.O. Gbadamosi and then my Uncle, Chief Rasheed Gbadamosi, then my father. As a child, I spent a lot of time with my grandfather and I heard a lot of stories concerning the 1st Republic first hand because he was a major player in that era. Hearing all those stories and seeing all those people, meeting those people like the Awolowos, J.S. Olawoyin, Alfred Rewanes, meeting them face-to-face and hear them speak it made me know that there was something they wanted to do that was interrupted. They were on a path of development. In the West, you could see they had made serious inroads into industrialisation and opening up the economy.

From there, the politics of jealousy crept in and they all began to fall apart from there.

I consider it our responsibility in our generation for us to do all we can to get back to realise those things, as quickly as possible.

We own it not just to ourselves; we owe it to our children to ensure that we leave a legacy, a lasting legacy behind for them.

Thank God that my grandfather left behind an inheritance, an ideological inheritance for me and I am carrying that torch, and hopefully, I am able to pass it on to my children and perhaps also to my grandchildren. That is one.

Why I Had To Return Back To LAGOS PDP LAGOS Guber Candidate, BABATUNDE GBADAMOSI was last modified: June 2nd, 2020 by City People