Why I Have Refused To Remarry 42 Yrs After My Husband’s Death – Late Movie Icon, DURO LADIPO’s Widow, Mama MOREMI 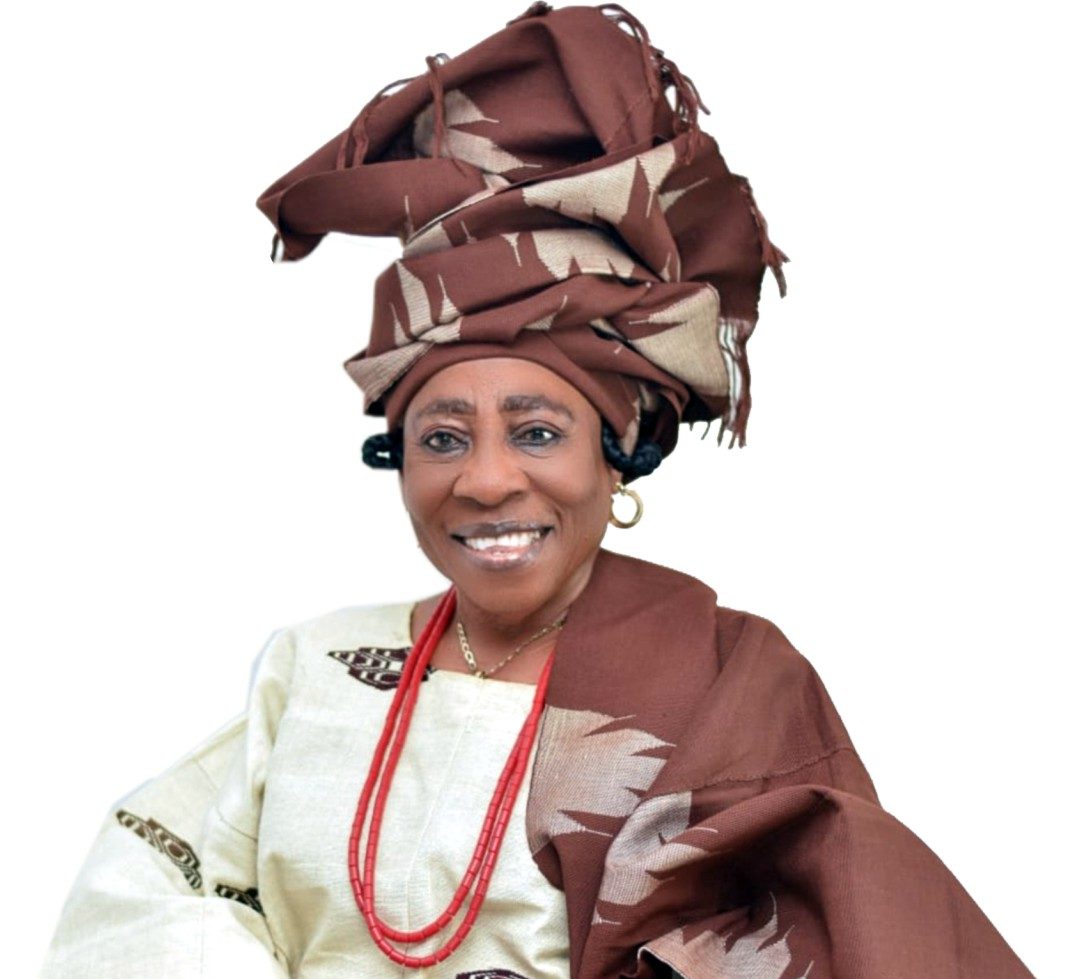 Saturday 26th, 2020 will forever remain a remarkable day in the ancient city of Ibadan. Basorun Area of Ibadan to be precise, received the attention it has never received before.

It was the 80th birthday ceremony of the Matriarch of Duro-Ladipo family, Madam Abiodun Duro-Ladipo, and Dignitaries from all walks of life showed the Family the support they deserve, in celebrating a woman of virtues, an iconic figure in the make believe world.

The entertainment of guests was held at an event center in Basorun. The Beautiful hall was decorated in such a way that depicted Royalty. With King of Juju Music, King Sunny Ade on the band stand, you need no one to tell you what will be the outcome of such event. It was a classy event. All the children played a great role in making the day a memorable one for not only their mother but all the Dignitaries who witnessed the event. Among the Notable guests were; Oloye Lekan Alabi, Veteran Actor Lere Paimo, Mama Mistura popularly known as Iya 2d, Veteran Actor Samson Eluwole, Aderupoko, Dele Odule, Peju Ogunmola, Yetunde Ogunsola, Chief Kola Olotu, Chief Yemi Ogunyemi and many more.

Few weeks to the D-Day, Madam Abiodun Duro-Ladipo appeared on our Instagram Live Chat with the Publisher, SEYE KEHINDE and she revealed why she refused to remarry since the death of her husband. Enjoy.

Let me start by congratulating you on your 80th birthday. How do you feel?

I am happy, so full of joy for His grace. I thank God for giving me the privilege to witness 80. He gave me peace. He answered my prayer. It is not by my power but his mercy. Ever since my husband died, God stood by me and I thank him.

(Laughs). That is what everybody has been saying. It is the grace and mercy of God. Coupled with the fact that I am contented. The covenant I made with my husband still stands till tomorrow. What he asked me to be doing for him, I am still doing it.

How have you been coping ever since his demise and how many years now?

I relied solely on God. God always instructs me on what to do. I always call on Him whenever I am weak. God instructed me to stand by my children and God took care of them for me. I never remarried since then, talkless of having another husband or children for another man.

We heard you are launching another movie, can you tell us about it?

Yes, it is true we are launching “Moremi Ajansoro” on the same day.

Tell us about the story.

Moremi was a great woman. She was the one who delivered Ife from the captivities of the Igbos. And since then Moremi has become a deity in Ile-Ife. She was a strong woman. She was also held captive in Igbo land but she eventually rescued all the captives from the Igbos and returned back home.

When did you shoot the movie?

It’s been a while. It’s over 5 years but I thank God, this is the time God wants it to come out.

How did you get the name “Moremi”?

I took the lead role in the same film “Moremi”.

How did you meet late Duro-Ladipo?

I met him in 1962. Then I was so young. To cut the long story short, I had wanted to become a Nurse, but as I was planning to go for it, I decided to do some things, that was how I met my husband. We became close and got married and I have been with him since then. My husband had lots of qualities that I saw in him before I agreed to marry him. Though, he was older than me seriously, the age difference was much, but we loved each other wholeheartedly. I always tell him that I came to help him and God helped me to help him. My family rejected our relationship because they didn’t want me to marry from another town. I am from Ekiti and he was from Oshogbo. I told my parents he was my choice. He also used all the tactics he knew to get close to them before they finally surrendered.

How did you start acting?

I had been with him, acting before we got married. I always take the female lead roles while he would take the male lead role. So, because he didn’t want me to leave, he proposed.

Were you not scared to marry somebody like him then, knowing full well that he was popular, and would definitely be a ladies man?

Now, you want to know the depth of our relationship (laughs). He was the one that said he must marry me. He tried so much to make sure that he married me. There is a white man in our group then who was from Germany. When I said I can’t marry my husband, he said I should marry the white man. I said no, I can not marry a white man. He told the white man to marry me because he doesn’t have money to take care of me, so that I won’t leave the group, yet I refused. The white man now told him to use everything within his power not to lose me, that “if Asake goes away Duro cannot make it”. Later they all went to my home town with the white man, all because they wanted him to marry me by all means.

Like I said, I came to help my husband because he has never hidden anything from me. I pitied him and I promised to help him. And here we are till date (laughs).

How hard was it to act then, compared to now?

It was hard then because there was no money in it then. My husband loved culture from his childhood. It’s your passion that will make you join acting then not because of money. Even though, we always travelled abroad yet there was no money. It is the white people that will take care of both accommodation and flight. We always wondered why they loved our culture that much, because all they do was to see us dramatizing, they didn’t understand our language. Yet they will understand the drama. We travelled a lot, we have been to so many countries just to promote our culture. In October 18, 1963 my husband was honoured with a trophy. So that was how the whole journey started.

How did you feel the day he died?

It was a sad day I will never forget in my life. I didn’t even know where I was, because they had taken me to the hospital. Many people said there was rainfall and it was stormy I didn’t know anything. I couldn’t climb the staircase of UCH since a night before his death. It was a sad day for me but I thank God.

What would you say you miss most after his death?

How is your career in acting now and what are you doing to keep Duro-Ladipo’s legacy?

Actors don’t get old abroad, no matter how old, they will still give them roles to play. But there is no help here. There is nothing I can’t do as I am. If you bring drum I will dance, but there is no help. Everybody wants to see my previous movies, they wanted us to bring them to cinemas but there is no one to help us. Nobody even remembers Duro-Ladipo’s contribution in promoting our culture. If I see help today, I will do something. So, I am not tired. My children too are doing their best. May God send helpers to us.

Why I Decide To Care For People With Special Needs – ADOCA Home Founder, Princess Adebayo Adetoro