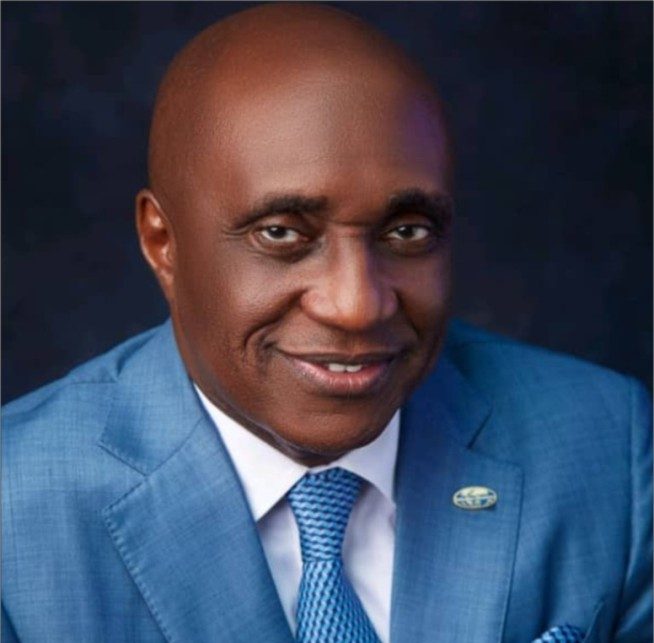 The General Overseer of Salvation Ministries, Pastor David Ibiyeomie is one of the prominent men of God in the country. He is charismatic and has large followership. His church, Salvation Ministries, is one of the churches with the largest congregation in Nigeria. He is regarded as an excellent preacher of the word of God and is also known to be very close to Bishop David Oyedepo of Living Faith Church. Indeed, he cut his pastoral teeth under the tutelage of Bishop David Oyedepo. He has since left to start his own ministry. Not long ago, the enigmatic pastor revealed why he left Living Faith Church. According to him, Living Faith Church was a place for him to win souls for Christ and also learn spiritual principles under the mentorship of Bishop David Oyedepo.

The Pastor disclosed this at Salvation Ministries, Home of Success chapter. He noted that his love and loyalty for his Mentor is great, adding that he can fight anyone who speaks ill of his Mentor.

Pastor David Ibiyeomie e4xplained further what he meant. “I knew I was not going to work in Living Faith Church. I knew this from the beginning. That is why I left but before I left, I won 56 abiding souls in a month when I was there. Today, I am reaping the fruit of my labour. That is why I am so loyal to Bishop David Oyedepo”. He once revealed how he came in contact with his spiritual mentor, Bishop David Oyedepo and how their relationship has helped him in his ministry and other areas of life.

Pastor Ibiyeomie made the revelation at the 40th year anniversary of the Living Faith Church worldwide popularly known as Winners Chapel in church headquarters. He said he was deeply appreciative to God for allowing him to come in contact with a man like Bishop Oyedepo. He added that it’s a privilege he will never abuse.

The Salvation Ministries Church senior Pastor explained that he came in contact with Bishop David Oyedepo in 1995 after God told him that He wanted to use him to reach out to souls. He also said that God revealed the name of Bishop Oyedepo to him even though he had not heard the name of Oyedepo before that time.

According to Pastor Ibiyeomie; “I began to search to know who this man is. A woman walked up to me and said there is a man of integrity I want you to meet. She told me his name. I told her God spoke to me this same morning and I heard the same name. That is how I came to the Bible School.”

He narrated how his encounter with Bishop Oyedepo changed his life. According to him, if not that God told him that he would open his own Ministry, he wouldn’t have left the Living Faith Church, though he added that his heart is still connected to the church. Pastor Ibiyeomie told the congregation that “everything that is working in the hands of Bishop Oyedepo, works in my hands.”

He said; “I want to deeply appreciate God. It is a privilege. Connectivity is real. I’m a product of succeeding without experimentation. I knew our father in the Lord in 1995. I was not directed to him by any mortal man. When I became born again and said God said He wanted to use me, I said who do I meet? I don’t know how to preach. And I heard his name clearly. I had never heard his name before because I was in Egypt. And I began to search to know who this man is until that woman walked up to me and said there was a man of integrity she would like me to me. She told me his name and it was the same name God spoke to me in the morning. That is how I came to the Bible School. My wife and I were the first set trained in Iyana Ipaja, Lagos.”

Pastor David Ibiyeomie was born on October 21, 1962, in Bonny Island of Rivers State. After completing his Bible Training in Bishop Oyedepo’s Word of Faith Bible Institute (WOFBI), he started a home fellowship with his family in Victoria Island, Lagos before moving to Port Harcourt, Rivers State, where he started his church, Salvation Ministries (Glorious Chapel) with above twenty members.

READ ALSO: HOW TO AVOID BEING CAUGHT BY THE VIO IN LAGOS – VIS DIRECTOR, AKIN GEORGE FASHOLA

Why I Left Bishop OYEDEPO’s Church Many Years Ago – Pastor DAVID IBIYEOMIE was last modified: February 14th, 2022 by Wale Lawal