Home News How To Avoid Being Caught By The VIO In LAGOS – VIS Director, AKIN GEORGE FASHOLA
News 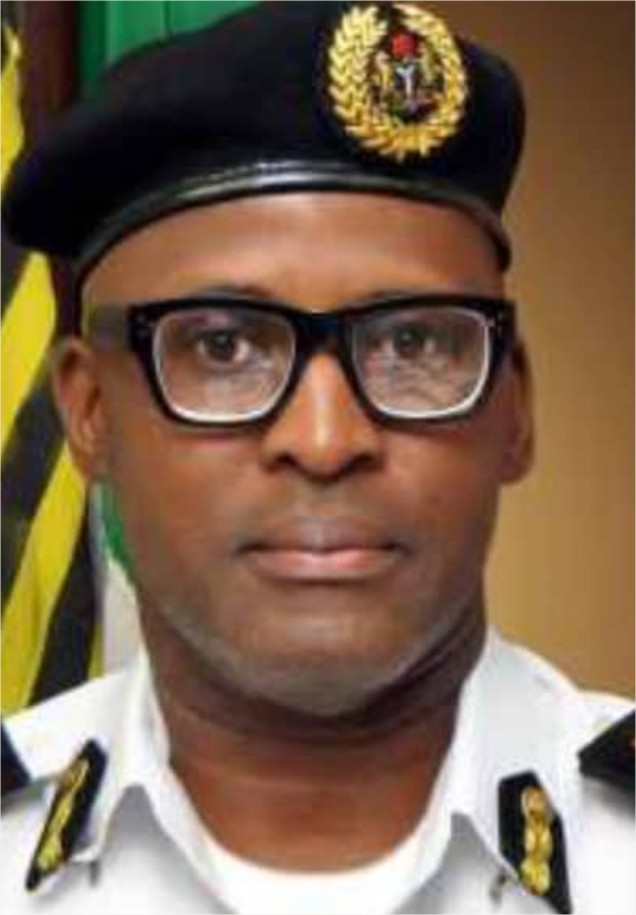 As part of the ongoing reforms in the transportation system, the Lagos State Government kick-started 2022 with the ‘No Inspection, No Certificate of Roadworthiness’ rule to improve safety on all roads across the metropolis.

The Vehicle Inspection Service also known as VIO is at the forefront of ensuring compliance across the nooks and crannies of the state. Meanwhile, the VIS is working assiduously to ensure Lagos roads are safe and accident-free by taking off vehicles that do not meet the minimum safety standard test.

The government has gone the extra mile by amending the procedure of receiving a Roadworthiness Certificate in the State as vehicle inspection will now be held based on scheduled appointments. Also, the 30 days window of inspection period was reviewed to 60 days to reduce the panic surge presently seen in some of the inspection test centres, adding that the backlog of already referred vehicles will be cleared by February 14 to give room for the Booking System.

The policy became a necessity to clamp down on rickety vehicles responsible for incessant accidents, loss of lives and property within the metropolis, is equally poised to address the traffic congestion caused by several breakdowns of vehicles due to the old process which is no longer sustainable.

Registration for the roadworthiness test is in progress but many Lagosians are still reluctant to enrol as they are not too sure of what to do and how to go about the entire process.

To further enlighten Lagosians on what to do and how to do about the registration, the Director of Vehicle Inspection Service in Lagos State, Akin George Fashola was live on the radio during its renowned programme. He also stressed things that people do that contravene the laws of the land. Below are the excerpts from the interview:

My MOT is due for renewal, what do I do first?

The first thing you do is to go to any of our VIS centres or VIO centres that register vehicles for roadworthiness. A lot of people do that, they send their agents or their proxies or whatever; the process is still the same. Whoever you want to send, make sure that you tell them the date, time and location that you want to do your test before you pay. Even after you pay, it doesn’t matter. They need to know where you want to do the test. All those centres are currently available on our website. You can go there and fill the one that is closest to you. Pick where you want to go, they will give you a time slot that is available.

It is www.dvis.lg.gov.ng. So when you go there, you will see all the available centres. When you go there, you can pick the centre and the time slot in which you want to do your test. If it is full on the day that you want it, they will give you another day. So what I mean is that the particular day and centre that you pick on the time slot, they would be waiting at that particular time and date for you. So it’s not a matter of you just going there to say; I’m in line. No, you are not expected at the centre. If you are not part of people, then the onus is on the zonal head of that particular centre to see if they can accommodate you. And if they cannot accommodate you, they will recommend you to where it is free for you to do it instantly.

If I’m given a 9 am appointment, will I be attended to at 9?

You will be attended to between 9 and 10. That is the time slot and that is what we have done. We are giving allowances for variations.

Many people complained that they sent their drivers as early as 5 am and still could not get it done?

That is a bit dangerous and an over-exaggeration. Why would you send someone that early to a place that will be open for 8 O’clock? This won’t be the case as the appointment would settle that.

Do you think with this appointment, it will get better?

It will absolutely get better. To be more enlightened on that, the first week in February is from Monday to the 14th; that’s a free zone. We are not taking any appointments on those days just to clear the backlog of what is currently available.

How do I register?

As I said, the process is not different from what we used to do before. Once you go and apply for your roadworthiness certificate, they will give you a time, a centre and a date.

Is that working well?

The appointment has been working but it will not come into play until after the 14th. This is because we are using the 1st of February till the 14th of February to clear the backlog and what we have. We can cover that in a span of 2 weeks.

Are the backlogs you have registered vehicles?

Yes, we have them registered. They have already been issued a referral note and they are waiting to be screened.

When are you going to start checking compliance as some people believe that it’s on?

The ways we envision compliance to be done is in 2 folds. The Lagos State government has cameras around the state now. So the cameras and the technology that Mr Governor has afforded us will allow us to pinpoint who we are after. Now I know from the register those we have issued roadworthiness certificates to, who has come for testing and so I want to take the guessing game out of enforcement. I want to eliminate that notion where we do random checking; I must specifically know who I’m looking for. You pass the front of the camera, it alerts the officers that this guy is guilty, his vehicle has not been tested, he doesn’t have a certificate or this guy is guilty of traffic offences. Either you get an automatic fine ticket sent to the contact number that you have committed an offence or if the officer is within the vicinity, he will stop you and issue you the appropriate fine.

There sometimes the nature of the traffic can make the LASTMA personnel override the traffic light and try to direct traffic themselves. How do you reconcile that?

When traffic officers override traffic lights, they have signals they send to the cameras. It’s all electronic. It cuts off the scene after a particular junction. If there’s a camera there, it doesn’t register. That is why they do it too.

But it’s left at the officer’s discretion. What if the officer is not that efficient, what will happen?

It does happen, we will look at it. So long as you can prove your point, there are a couple of ways to do that. There are registered cases where officers will come forward to adjudicate and that allows you to prove your point.

What you would find 9 times out of 10 is that those issues come into play when the cameras are on mostly at night. It doesn’t usually happen during the day because there are no officers at that junction at night and people run into it because of security reasons. I understand that but we will look at it on a case by case basis. It is for you to run a red light, and obviously, we don’t want people doing that so if the situation warrants taking a look at that, we will do it.

For Vehicles registered outside Lagos, how will they bring down their cars to Lagos?

Does it mean that if you registered in Ogun state, you will still be screened?

I have a vehicle, I live in Otta or around Isheri, how do I prove that; that’s where I live?

When you come and register your vehicle, you have an address that you are supposed to indicate. If you show Ogun State and it is verifiable then there’s no problem.

How far have you been able to control corrupt practices among officers?

With what is on the ground, it will be extremely difficult for you to contravene that system.

Does it mean if I get caught by a VIO officer, I can’t bribe him?

You can bribe him but it will be of no use to you because he can’t do anything to help you in terms of that. So you are just giving the person free money. Even if he lets you go, that doesn’t change anything because it still remains the same on the records.

Are they allowed the discretion to let you go and sin no more?

Yes but it depends on the situation. It’s not everything that comes with a fine or an apprehension. It also depends on how you approach an officer. The mannerism you use. Even the mannerism the officer uses for you. It’s a 2-way thing. If you are being confrontational, I don’t think you would win that fight.

READ ALSO: WHY THE EMIR OF DAURA HONOURED ROTIMI AMAECHI

How To Avoid Being Caught By The VIO In LAGOS – VIS Director, AKIN GEORGE FASHOLA was last modified: February 14th, 2022 by City People

Why The Emir Of DAURA Honoured ROTIMI AMAECHI