Home News Why I Spent So Much Money To Bury My Mum – Igbo Billionaire, OBI CUBANA
News 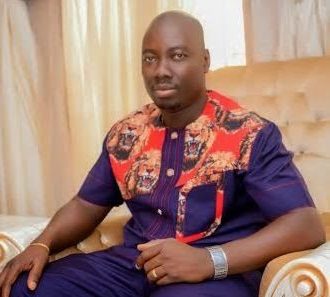 Highly respected and successful Igbo billionaire and founder of Cubana Group, Obi Cubana has been in the news lately owing to the one in town burial ceremony, he gave his mother few weeks ago in Oba Anambra State, where a lot of big boys gathered and spent money as if money was going out of fashion.

While many criticised the way most of the big boys went on spraying spree (spraying bundles) of money, some others stated clearly that Obi Cubana is just eating the fruits of his hard labour, because he has invested massively in the success of his friends and associates, and all they did was to pay him back for his good deeds.

He stated clearly in one of his interviews “I don’t have anybody who is into rituals if you are my boy or my man because I like to address my boys as my men. It means you are working hard and you made your money in a clean way.

In 2013, I pushed 53 uneducated Oba boys into the market to learn trading. In 2017, I withdrew all of them from their ogas and settled all of them with 3 million naira each and paid for their shops.

I linked 40 of them into importation and made them use my name and platform to import goods into the country. After 2 years, I checked on them, how they were doing and found out some had issues, and I supported them again.

I am happy today that out of the 53 men, 38 are billionaires while the rest are millionaires.

In 2018, I took 100 educated men out of the street and introduced them to the white men for business and today they are billionaires in dollars.

They also help me in their capacity when I require their help. All their friends both in Nigeria and outside patronise me”.

He recently granted BBC Pidgin an interview where he talked about the elaborate burial ceremony which is now talk of the town.

My name is Obinna Iyiegbu, the one people call Obi Cubana or Okpataozuora. I gave my mum a befitting burial because we promised her that we were going to celebrate her 80th birthday in a way, like a big carnival, something that no one has done before but unfortunately, she died before her 80th birthday. So we decided to put all the energy and plans for her 80th birthday for her burial, so that is why everything turned out this way and it became talk of the town burial. Also this is the 15th year we lost our father, and we added the love we had for both of them into the burial ceremony. Since she took the role of the father and mother together. She has always been everything to us and her death is like taking away part of my energy.

All the spraying in bundles during the burial was something I never planned because it is their personal money and I can’t dictate how they will spend it. All those guys are rich and established men.

They are all successful in their different endeavours. But I believe they only wanted to come and show love to the family, to Mama and the Cubana group.

Most of these people are guys that we have known each other for years before money came, during school days while hustling because we didn’t come to this life with money so we have history. So in ceremonies like this, they come together to show how much they love and appreciate you, and also show your people you have friends who are always there for you.

And that was what happened that day during the ceremony. We are in the show business and I was really happy about the turn out of things. At least people came to celebrate me for something positive, not for anything negative. It is something that put my town Oba in Anambra in the world map.

I was born in Oba and I went to Primary Central School in Oba, because my mum was a teacher in the school. After my secondary school, I went to Onitsha (DMGS), after my secondary education, I went to University of Nigeria, Nsukka. I studied Political Science at the University. I searched for job but didn’t get one after my youth service in Abuja.

After looking for job without getting one, I started Mama Put (small restaurant) then we added beer parlour business in garden, then El-rufai came and demolished everything, and we thought all hope was lost.

Then we opened Ibiza and it was from Ibiza we founded Cubana.

During that time, I and my brothers and friends lived in a one-room apartment in Zone 4, Abuja. It was 12 by 12 room, it had nothing and we even put foam on the ground to sleep, we were 6 in the room and we managed like that. Back then it was not like we were suffering because we were like the biggest boys in town, and Abuja was not yet developed like it is now.

We continued like that and tried our hands in different businesses. Some people relocated to Port Harcourt while some of us still remained in Abuja and hope for the best. We never envied anybody. We were just hoping that tomorrow would be better.

It is not all the business we tried that worked, some we lost money, then we go back again to the drawing board to see where we made mistakes and what needs to be corrected. I made my first million immediately after my youth service in Abuja. Then I was into land agent I help you get land for you to buy then I get 5 percent as an agent.

I served at the National Assembly and I was paid 200k for serving while our national allowance was 100 naira plus.

As an agent, I met a client that said I should furnish his house. I did it so well and after the job, he dashed me 500k, then from the business, I made profit of 600k and that was how I made 1.1. million.

Then afterwards, I joined people doing contract, I did small contracts with (PPMC) then I use my profit to buy V Boot, and it was still out of the profit I invested in my owner business before I opened Cubana.

I don’t have time to answer anybody asking me what I want to use the profit I made to do. I made the money so I decided how and when to spend it, so instead of answering who is asking or telling me how to spend the money, I will rather use the energy on how to make more, let them go and make their own.

These people complaining are those who believe I didn’t make the money legitimately. Instead of them to focus their energy on how to make money since God has blessed them with hands, legs and brains, they prefer to criticise. Miracle don’t give money because even pastors need money, native doctors can’t give you money, because his children are living in penury. If you want money, you need to work very hard, don’t cheat your fellow man, keep your hands straight, as much as you can.

It is a natural door opener. Fasting and prayers is needed too, I am a Christian. No shortcut to success, once you are straightforward, hardworking and have the grace of God, then you will make it in life. Also don’t envy another man or wish his downfall, once you do all these, be sure to make it in life. I have always been a quiet and private person but the business I am doing brought me out.

This particular burial in question, to be sincere, none of us envisaged it will turn out this way. Even the planners didn’t see all this coming, but as a man, you should always be prepared. Immediately we saw the turn out of things we immediately adjusted. We never planned for that crowd at all, not even half. We only did the normal setting.

Before I step out of the house every day I pray, there are lots of things happening in this world, so everybody requires prayers. But once you do the right thing, people, even angels will fight for you. Everything is by God’s grace not one’s personal power.

Because of the burial, people started shouting, oh Obi Cubana has money! Which money? Come to Anambra State and see rich men.

It is not all about money but Goodwill. The highlight of all these is that now people that are very rich even before we were born and are still very rich, even the ones still struggling to have will now know, that this life is not all about money. What happened that day, money can’t buy it, you can’t rent crowd, with the massive crowd, no life was lost, no car was stollen, nobody was raped, houses were not destroyed and it was not like we paid the crowd but because they feel oh, this guy has tried, and the truth about all these is that, no matter the billions you make on earth, you can’t take it to heaven when you die, so everything ends here. So as you are eating and enjoying, try and always remember people around you. Try and connect with your people, schoolmates, family members, brothers, associates and people you meet on your way up, because someday, all of us will die.

Another important thing is work, I am 46 years now, you can’t be in your 20’s now and be lamenting about making it when you still have 50 years ahead of you. In anything you are doing, just pray for consistency and pray, then you will see the result. This world is about connectivity, look for what you can do, pray to God and look for connection to the right people.

There is no soap anywhere to cut for anybody. So work, pray and be good, with this you have made your own soap, bath with it.

Nobody cuts soap for anybody in this world. That is how it is.

Why I Spent So Much Money To Bury My Mum – Igbo Billionaire, OBI CUBANA was last modified: July 26th, 2021 by Biodun Alao