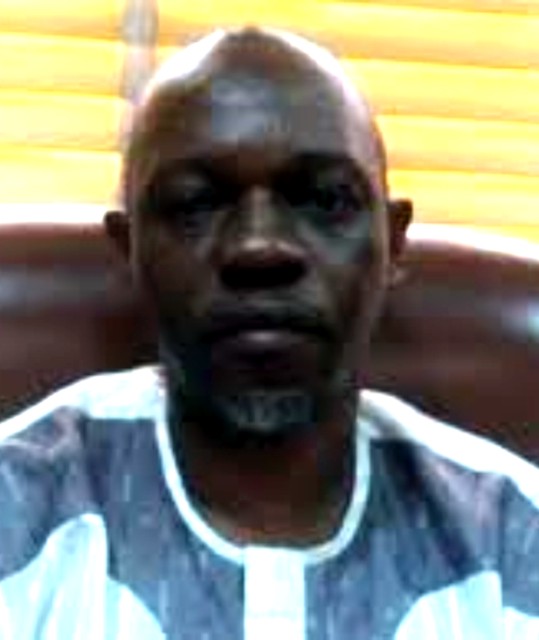 Umrah is the name given to a pilgrimage to Mecca, a shorter version of the annual Hajj gathering. The word “Umrah” in Arabic means “visiting a populated place”. Umrah can be undertaken at any time of the year, in contrast to the Hajj which has specific dates according to the Islamic lunar calendar.

The act of traveling to the holy land for Umrah during the month of Ramadan is fast becoming a habit for Muslims who could afford it. During Ramadan, you see heads of state, politicians, celebrities, business moguls, groups, clerics, and many top personalities across the sphere of life boarding their flights straight to the holy land of Mecca in Saudi Arabia. In fact, some have made it a yearly routine during Ramadan. Despite the fact that Umrah can be undertaken at any time of the year, you will wonder why many Muslims love going for Umrah during Ramadan, what did they actually stand to gain and Why do they pay less attention to other months of the year?

In a chat with City People, a veteran and a key player in Hajj and Umrah travels and tours industry, Alh. Hameed Solate, MD, CEO of Hajj Mabrur Ventures Limited revealed a lot about Umrah, why Muslims prefer performing Umrah in the month of Ramadan, how a low-income earner can achieve the dream of performing Umrah and many more.

How important is the month of Ramadan to Muslims?

The first thing is that Ramadan is a special month different from the remaining eleven months of the year. So everything you do in Ramadan you get multiples of rewards. When you observe prayers like solat, in Ramadan if I do the same thing I get a reward in multiples almost like 10 times of it. So all acts of worship, done in Ramadan attract lots of rewards. You see many people who want to do charity, they want to delay till Ramadan to get multiples of rewards like 10 or 70 times. Even those who want to pay Zakat, everybody wants to delay it into Ramadan. Of course, if I do it in any other months I would get my rewards but if I do it in the special month of Ramadan because it’s a special month where Allah says all the doors to hellfire would be closed and the doors to paradise would be opened. And He is ever there to give multiples of rewards. Ramadan is a special month that every Muslim is always looking forward to because of the rewards Allah has put there. So it’s supposed to rejuvenate us for the whole of the year. it brings a lot to your reservoir to take you through the remaining eleven months.

Why do many Muslims prefer to go for Umrah during Ramadan?

The same thing now applies to the issue of Umrah. Going to Umrah is rewarding on its own any other time throughout the year and you get the reward. Once you perform your Umrah, Allah (SWT) uses it to cleanse you. In fact, there’s a Hadith that said when you perform an Umrah this year and you perform another Umrah the following year, in between the second one erases whatever sins you have committed between the first time you went for Umrah and the second one. Even if it’s just within a year if you go for Umrah maybe in January and you went for another in February. Between that January and February, whatever sins you have committed will be erased. So like back to back of a thing.

Then also you don’t perform Umrah in any other places than Mecca. And Mecca is a holy land, whatever you do in Mecca, you get the rewards in multiples too. If I observe one Solat here in Nigeria in any mosque, if I observe it in the Haram (Ka’bah) in Mecca, I will get a hundred thousand times rewards. And so that’s the only place you can perform your Umrah. So you can imagine the reward that is there. Now if it’s now in Ramadan, it gives you more rewards for it. There is a narration; there was one day one of the wives of the prophet went out, she couldn’t perform Hajj with them. Then the prophet now told him why not performs the Umrah in the month of Ramadan. He said when you perform Umrah in the month of Ramadan, it’s going to be equivalent to performing Hajj with the Prophet (SAW). So that’s another very vital reason. Apart from the fact that any act of worship you do in the month of Ramadan, you gain multiple rewards, but for Umrah itself during Ramadan, apart from the one done in the other months, you get the rewards, it cleanses your sins, and it can even take away poverty from you. It’s said when you perform Umrah to another Umrah with another Hajj, Allah uses it to remove poverty from your life. And it’s that spiritual aspect that a lot of people don’t understand that they think people are going there to waste money. They are not going there to waste money. We have been in the business for long. You hardly see anybody that would go there and have the opportunity of going there and come back without giving you positive stories, and life-changing stories because that’s it. Even financially, so if you are spending money it’s just like you are investing. If I bring out money and go to the stock market and put down 10 million nobody will call me a waste that you have wasted your money. Because I know at the end of the day, I have my 10 million, I will get dividends and I can even get some other profits when I sell. So it’s the same thing when you go for Umrah it’s an investment too. When you come back, the prophet (SAW) said on coming back it erases poverty from you. And that’s why you see people aspiring there. So it’s a spiritual thing and there are practical examples of what you see there. Apart from that one which is for Umrah anytime, the one in Ramadan now has in addition the rewards of performing Hajj with the Prophet (SAW) of Allah. So it’s like you are there when the prophet was performing his own Hajj. There’s no way you can compare that to any other period. So that’s one of the reasons why people want to perform Umrah in the month of Ramadan.

Secondly, there’s a spiritual upliftment there that you cannot get any other time, even when you perform Ummurah any other time. One of them is during Ramadan, you perform Taraweeh prayer. Taraweeh prayers there is going to different. You don’t have Taraweeh in any other months. You just go there, do your Ummurah and go back. But this one you get engaged; every night you go for your Taraweeh prayers with the multitude of people, millions of people praying to Allah at the same time. Seeking things from Allah at the same time and supplicating to Allah at the same time. So that spiritual environment, the atmosphere is spiritually high than any other time. Of course in other times perhaps we only observe the 5 daily prayers but Taraweeh prayers are special. Then on the night of the last ten days, you are going to have Tahajjud prayer too. So Taraweeh prayers ordinarily are about 20 rakats, Tahajjud is about 8 rakats; for every 1 Rakat you observe, you get a reward of one hundred thousand, so you can imagine if I observe twenty, multiply twenty times hundred thousand. Every day that’s for that period apart from the normal ones which is an additional one that you do. Then in the night too hundred thousand times eight every day for the last ten days.

Thirdly is the solidarity you get there. The spirit of brotherhood that you find among Muslims when you get there everybody will come there. They want to give charity, they want to feed people. When you are breaking fast in the mosque, you see people providing food to others to breakfast. And that spirit will be there from different parts of the world. This is a different experience on its own. So these are the reasons why people aspire in the month of Ramadan to go and perform Umrah. And then the opportunity to supplicate to Allah. You lay down your prayers before Allah before that’s the place where your prayers are answered.

What’s the different between Hajj and Umrah?

You see like ordinarily, people would call the normal Hajj. When they want to talk about Umrah they say the lesser Hajj. The lesser Hajj in the sense that they believe that there some things you do in Hajj you don’t do in Umrah. So that’s the general terms you use but the terminology used in Islam is Umrah. It’s different from Hajj. Those who may not understand would still want to interpret it as lesser Hajj because we are still going to Saudi Arabia, we are still going to Mecca, we are still going to put on Ihram (white garment), we are still going to do Tawaf around the Kaaba, all these are also involved in Hajj. But Hajj still has some things that are different; you have to travel for 5 days, go camping in Minna, go to do the stoning of “Jamrah”, go to Arafah, all these are not in Umrah. So that’s the difference there. Umrah is not compulsory like Hajj. Hajj is compulsory for every Muslim who has the means, who has the capabilities once in a lifetime. Of course, you can do it many times once you have the means like money to spend on traveling, taking care of yourself, then you have sound health to be able to cope with whatever rigor you are going to find there. Once you are there and you are matured as a Muslim, it is compulsory for you to perform Hajj. And once you have performed it once you have fulfilled your obligation. But for Umrah, it is not compulsory. It’s just for you to go there voluntarily. It’s an additional supererogatory act which is encouraged for you to do once you have the means. Then Hajj can only be performed once a year and at a particular period. But Umrah can be performed at any point in time. So that’s the difference there. For Muslims, we go there to perform Umrah. I just go there, I put on my Ihram, standing before Allah like a plain person, just like the day you die, you will be wrapped in white and then go round the Kaaba as part of the injunctions. Do Safa and Marwa and then supplicate to Allah.