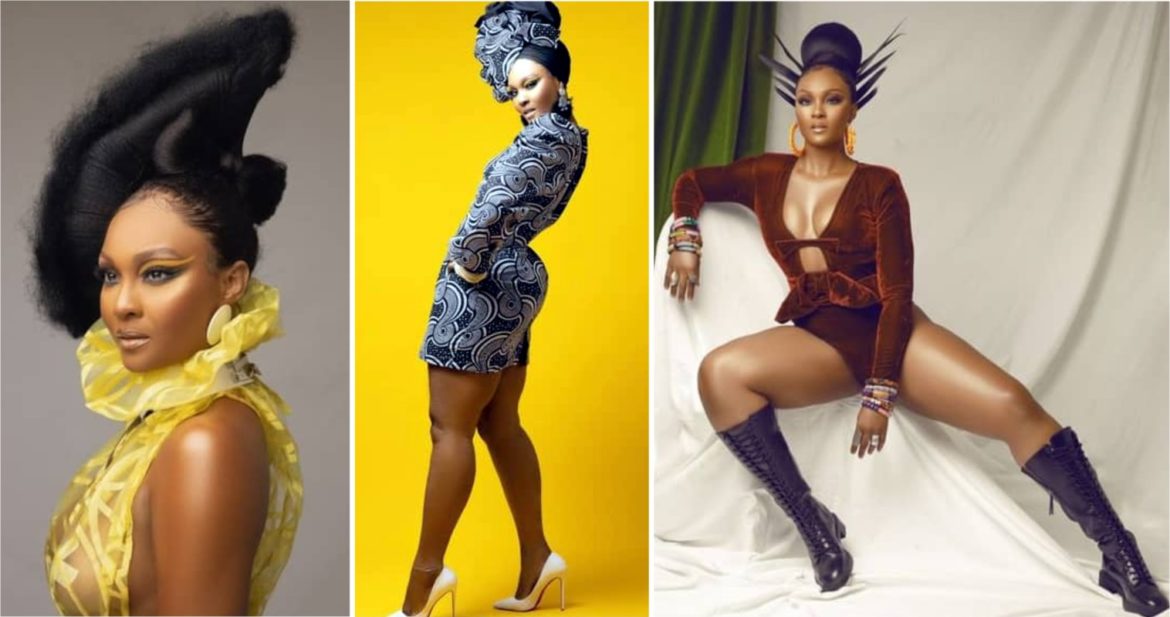 The award-winning ebony beauty Osas Ighodaro is not just a pretty face but a multi-talented actress presently rocking the movie industry her role interpretation in the following movies Gbomo Gbomo, Bling Lagosian, The Department, little drops of happy, new money still remains lots of fans favorite as she always put in her best to interpret her character and this happens to be one of the many reasons producers will go to any length to feature her in their movies out of 100 percent of movies presently in cinemas the pretty Osas was featured in 80 percent of the movies. She is so eloquent that she always wow the audience in her different stage performances she has appeared in several theatre productions such as Colored museum, Revenge of a king, How to sweet amongst others and has equally hosted several shows such as Maltina Dance all reality show, Nigeria entertainment award, Future awards, Ecobank festival show and others besides her exceptional acting skills she is rated as one of the finest in the industry with a gorgeous shape and this always makes her stands out amongst her colleagues in the industry and one of the most paid actresses in the industry despite her success and rapid growth in the industry she is one of the very few that has stayed off scandal in the industry aside her messy marriage breakup with actor Gbenro Ajibade that made headlines few months ago.

For many who don’t know Osas is a Nigerian American actress producer host and philanthropist she was born in Bronx Newyork United States to Edo parents, she is a double degree holder she obtained her first degree in broadcasting journalism and theatre from Pennsylvania State University. She further obtained a master’s degree in fine Arts from the Actors studio drama school at Pace University in the U.S.

She began her acting career when she visited Nigeria in 2012 her role as Adanni in the television series Tinsel made her become one of the most sought after actresses in Nigeria she lost her elder sister joy in 2006 who died of malaria so she felt the need to save other people who might be suffering from malaria parasite when she was crowned the Miss Black Pageant U.S.A she founded the joyful joy foundation in 2012 and through this platform she has been doing outreach and giving back to Nigeria. In February 2015 she was unveiled as the ambassador for the popular luxury store polo Avenue, she also became a brand ambassador to tremendous in 2019 she is currently among the highest-grossing Nollywood actress and has featured in multiple award-winning King of boys, Your Excellency, Bling Lagosian Killer section The Department and a host of others and television series such as The conversation, Tinsel, Eve, MTV Shuga, Assistant Madam and a host of others.

Why Many Producers Now Use OSAS IGHODARO was last modified: November 18th, 2020 by Biodun Alao