Why Many Yoruba People Won’t Vote For An IGBO Candidate 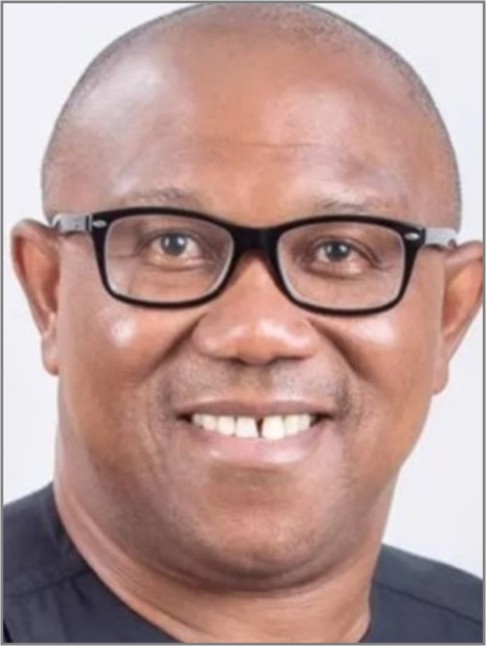 …As Countdown To 2023 Elections Begin

Asiwaju Bola Tinubu, the flagbearer of the APC and many Yoruba leaders have continued to insist that it is the turn of the Yoruba to produce the next President in 2023.

But, Afenifere leader, Chief Ayo Adebanjo, disagrees. He has taken a stand. He has decided to support the South-East. He is backing Peter Obi for Presidency.

But many Yoruba people disagree with Chief Adebanjo. Many of them believe that historically, the Yoruba and Igbo don’t get along.

They are quick to reel out examples from the past why the Igbos have betrayed the Yorubas at critical times.

The Igbos abinitio always recant their pledge to support their Yoruba counterparts at the crucial hour when the pledge for support must be implemented. Unfortunately, there are a few black legs among the Yoruba who mostly cast their lots with the Igbo despite their earlier betrayal. In the 1959 parliamentary election that ushered in the Independence, it is on record that the leaders of the Action Group (AG) and those of the National Council of Nigerian Citizens agreed to go into a coalition government as none of the three major political parties, the AG, NCNC, and the Northern Peoples Congress (NPC) won enough number of seats in the parliament to independently form a government.

The disappointed Awolowo was left with no choice but to become the leader of the opposition in the parliament as Azikiwe went to support the NPC led by Sir Ahmadu Bello as a junior partner in the coalition.

Earlier, Dr. Azikiwe had betrayed the foremost Nigerian politician, Herbert Macauley, the founder of the first National Party, Nigerian and Cameroon National Convention (NCNC). Yes, that was the name of the party before the death of Herbert Macauley. On his arrival from Ghana, Azikiwe joined the NCNC led by Macauley and he was made the General-Secretary of the party. The leadership of Macauley as the National President (Chairman) of the NCNC made many traditional rulers, chiefs, notables, and a mass of Yoruba people to belong to the party.

Macauley died during campaigns in a very suspicious circumstance and Azikiwe assumed the leadership of the NCNC. To the consternation of the Yoruba, Azikiwe quickly changed the agenda of the party and Igbos took total control of its structure. That was why the NCNC, despite the change of its leadership, beat the AG in the election that ushered in the regional government in 1954. The AG won 42 seats in the defunct Western region election, while the NCNC won 44 seats. If not for the support given the AG by the Ibadan People’s Party (IPP) led by the late Chief Akinloye, Azikiwe would have formed the government business in the Western region. Recall that Azikiwe rode on the popularity of Macauley to achieve that feat.

Chief Adebanjo and others were among those who pitched their tents with Azikiwe in Nigeria’s journey to independence. Adebanjo, who perhaps was in the camp of the NCNC led by Macauley, got his fingers burnt in the intra-party politicking of the NCNC after Azikiwe became the leader of the party.

Many Yoruba members of the NCNC were surprised that Azikiwe wanted to become the leader of government business instead of nominating a Yoruba man for the post.

In 1979, observers expresseed shock, wondering what informed the choice of coalition partner, of the Nigerian Peoples Party (NPP) with the National Party of Nigeria (NPN) instead of the Unity Party of Nigeria (UPN) led by Awolowo. Azikiwe knew that his splinter party, the NPP, founded by Alhaji Ibrahim Waziri could never win the presidential election. He came into the race to frustrate Awolowo’s bid after forcing Alhaji Waziri out of his party. The coalition government of the NPN and NPP did not last. It quickly collapsed, but Azikiwe had again succceded in frustrating Awolowo’s bid for presidency.

The pattern of disappoinments between the UPN and NPP was not different. Those who were optimistic on the political handshake over the Niger River wondered that the unhealthy rivalry between Awolowo and Azikiwe did not end with the two men’s active participation in politics. In the march to the 1993 presidential election contested by Bashir Tofa, who was the National Republican Convention (NRC) candidate and the late Bashorun MKO Abiola, the Social Democratic Party (SDP) standard bearer. Abiola was coasting home to victory when Arthur Nzeribe and some Igbo Chiefs quietly but quickly registered Association of Better Nigeria (ABN) to run a game that eventually frustrated the announcement of the June 12, 1993 presidential election allegedly won by the late Bashorun Abiola.

The former Military President of Nigeria, General Ibrahim Babangida had employed Nzeribe to help frustrate MKO Abiola’s bid to become the President, despite the fact that the Egba High Chief won the polls. Nzeribe did not go to war against Abiola’s presidency alone. He enlisted a dubious Yoruba activist, Abimbola Davies in his diabolical scheme to frustrate what the Yorubas regarded as their presidency in 1993.

Hundreds of lives were lost, properties worth billions of naira were damaged or destroyed in the struggle for the revalidation of the June 12, 1993 presidential election. The victor at the polls, Abiola also died. Or, was he poisoned as alleged at the meeting where he drank tea? It was therefore a surprise that in 1999, when the presidency was zoned to the South, to specifically assuage the frayed nerves of the Yoruba over the annuled June 12, 1993 presidential election, the late Dr. Alex Ekwueme contested the Peoples Democratic Party’s ticket against Chief Olusegun Obasanjo.

To all intents and purposes, Obasanjo was never the Yoruba’s choice. He was forced down their throats.

Yorubas have suffered on the country’s political terrain in their efforts to become President. Igbos have demonstrated not once, not twice that they have a deep latent ill will that usually comes to the fore during elections, especially the presidential election. Most unfortunately, they have Yoruba men who are ready to do their dirty work against their people. The blacklegs. Their case is like that of a quishing. It is a surprise that a well-respected Yoruba politician, the leader of Afenifere, Chief Adebanjo, is calling on what he believed were premordial sentiments to say the presidency should be zoned to the Igbo.

He said they had never produced a president since the Independence of Nigeria in 1960. Recall that during the struggle for the revalidation of the June 12, 1993 presidential election, the late Ikemba Nnewi, Emeka Ojukwu and the late Gen. Sani Abacha sponsored a constituent assembly that put together a dubious constitution to run Nigeria. The late Ojukwu did say that the election he won to become a member of the constituent assembly was more valid thn the 12 million votes that Nigerians cast for Abiola.

With the sad experience that Chief Adebanjo had with Azikiwe, it is a surprise that he could come out now and sell any Igbo presidential candidate to the Yoruba. Sorry sir, it is a dead wave that many Yoruba would not touch with a 40-metre pole!

Why Many Yoruba People Won’t Vote For An IGBO Candidate was last modified: October 3rd, 2022 by Reporter