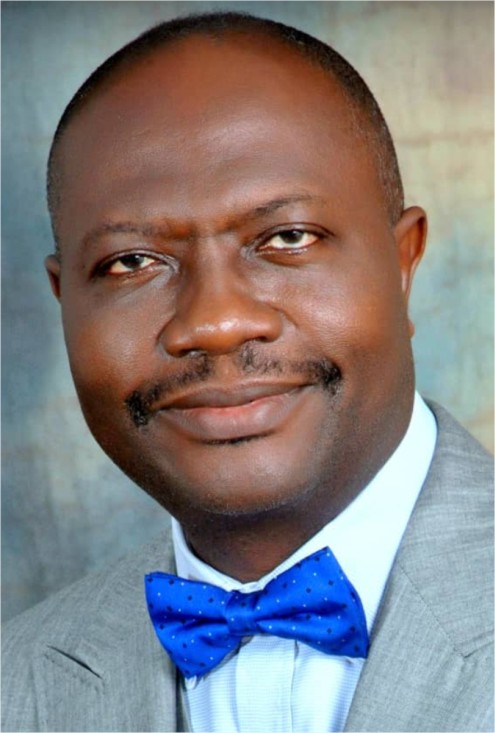 A singer-cum- social critic, Mr. FelaKuti in a lyric titled Suegbe and Pako raised the consciousness of the public on the issue of Quackery versus Professionalism.

The primary motive of those who engage in Quackery is to make immediate pecuniary gains, giving little consideration to the risks involved. The outcome of many investigations of Collapsed buildings in this country has revealed a prime cause, which is quackery. Quackery in building construction has really turned gains to pains in many homes. Quackery has left on its trail a tale of woes.

Going back 12 years in time when I was the Chairman of the NIOB Lagos State Chapter, I held meetings with developers and counselled them to engage professionals on their projects. Unfounded and unscientific scepticism that professionals might be too expensive, (not taking into account the risks of not using professionals),  preoccupied their minds.

One day, one of the leading developers on the Lagos Island breezed into my office on Allen Avenue, in Ikeja. He volunteered that most of the buildings constructed on Lagos Island by Developers might not have been constructed to standard. His excuse for this error-prone construction was simply because most of the developers were traders, who ventured into building construction for business purposes. The fact that so many innocent lives have been lost due to this quackery gave him a continual twinge of conscience. He blamed some compromised government officials for the misdeed.

There and then, he appealed to me to advise the government to find a way of suspending the ongoing construction work of developers and subject the existing buildings to integrity tests. He revealed that most of his colleagues were suffering from insomnia in anticipation of building collapse news, especially during rainy seasons. Alas, this ghastly disclosure deprived me of sound sleep. That part of the country really needed rapid urban regeneration to forestall the frequent collapse of buildings. To relieve myself, I led a delegation comprising leaders of the built environment professions and building artisans on a solution mission to the Oba of Lagos, His Royal Majesty, RiliwanuAkioluon  November 10, 2015.

Lagos Island has the highest concentration of building collapse in Nigeria. With the death of about 20 pupils in the collapsed 5- storey building at 63, Massey Street, Ita- Faaji, Lagos Island on March 13, 2019, the government saw the need to be proactive.

The Lagos State Building Control Agency Regulations was ratified by the House of Assembly in that same 2019. The notorious challenge of quackery was addressed in section 4 sub-section 2 of the Regulations thus:

“ The site execution of every building under construction shall be managed by a registered builder.”

As more states in the Federation embrace this result-oriented initiative of the Lagos State government, ENFORCEMENT CHALLENGES conspicuously remain a denominator of the implementation equation. The ball is now in the court of the Lagos State Government through its Lagos State Building Control Agency (LASBCA) monitoring officers.

Substandard building construction is a juicy, lucrative business for ‘astute’ selfish developers in the informal sector.   However, lack of accountability and lack of prosecution has been the bane of building collapse prevention. Quackery thrives where justice is not sought in the law court. Sentiment begets negligence. The collapse of buildings is a rare occurrence in advanced countries such as the United States of America.

A condominium, The Champlain Towers South that collapsed in Miami, USA on June 12, 2021, has attracted serious legal suits on premises liability, negligence among other issues. But in Nigeria, how many building collapse cases (incidents) have been taken to court and seen through the judicial process?

From October 1974  to July 2021, the total number of recorded collapsed buildings in Nigeria is about 461 (the analysis is shown in the attached table). The total number of recorded deaths is about 1,090  with an uncountable number of the injured. This shows that building construction is one of the most sensitive and delicate professional practices that should be guarded against quackery.

The need to protect building practice from quackery had been actioned since 1754 BC  by Hammurabi, the 6th king of Babylon. Building codes 228 to 233 in the Babylonian law apportioned and stipulated various punishments for inappropriate building construction. The most severe of the Babylonian laws on building failure attracted the death penalty.

Recently, the Nobel Laurette, Prof. Wole Soyinka expressed concern over the prolonged case of the Collapsed building of the Synagogue Church of All Nations where 115 occupants, including South Africans, perished. The 7-storey building collapsed on September 12, 2014, and the Coroner’s Inquest commenced on October 13, 2014. Justice delayed is justice denied. Recently, I was informed that the main person that constructed the collapsed SCOAN building, a petroleum engineer (name withheld) and one of the defendants in the case passed on in 2019.

Another calamitous building collapse that the government instituted a legal case against was that of Lekki Gardens that occurred on March 8, 2016, where 34 persons died. The robust scientific investigations conducted by the Building Collapse Prevention Guild (BCPG – an independent coalition of the 7 distinct professionals in the Nigerian built environment) on these two aforementioned collapses revealed a lot. Hence, the reports were used by the government for the prosecution. The case is still under trial: judgement is still being awaited. Those involved in the construction of collapsed buildings in other parts of the country have not been brought to book.

Until quacks, be they individual or corporate entities, involved in collapsed building cases are brought to book to serve as deterrents, building construction work will remain an attractive business for charlatans, but a dangerous phenomenon for the Nigerian nation. However, the norm in every organised and law-abiding society or nation is a provision by the government, of building codes,  enforceable through legislative backing, which codes establish minimum standards for building project delivery processes inclusive of construction. This is the reason why procrastination in making the National Building Code operational throughout Nigeria encourages lawlessness.

Risk is deeply embedded in construction. Hence, those who are engaged in construction work must be well trained and should keep to the approved standards. Builders themselves must upgrade their knowledge to be able to perform ultimately on-site.

Professionals in the construction industry are also advised to keep to their roles and know their limitations. For instance, while architects and engineers focus on building designs, builders should concentrate on building production management. Town Planners, Land Surveyors, Quantity Surveyors and Estate Surveyors &Valuers also play important distinct roles in the building industry. The building delivery process flourishes on teamwork. However, each professional should be made accountable in his or her area of competence and practice. This is because construction is not a tea party.

Practitioners in the building industry should be mindful of section 13, subsection 5 of the Lagos State Building Control Agency Regulations, 2019 which states: “In the event of structural defect or failure of the building due to negligence leading to collapse, all the under listed professionals, including the developer, to wit:

a. Civil Engineer / Structural / Mechanical. (b) Builder; and (c) Architect.

who participated in the development of the structure shall be held liable.”

Caution! No sacred cow! Builders, of course, must live up to expectations and wake up to their responsibility.  Under the rain or the sun; in daytime or night, Builders must ensure that nothing inimical to standard building production happens on their sites.

At this juncture, it is pertinent to assure the public of discipline inherent in the checks and balances system of the regulatory body of building practice. The Council of Registered Builders of Nigeria ( CORBON) was established by Decree 45 of 1989, now CAP ‘B’ 13 LFN 2004 for the purposes of regulating building practice in all ramifications. The Builders’ Act repudiates incompetence among Builders.

It is on this note that this administration has laid emphasis on Continuing Professional Development (CPD). NIOB mandatory 2020 and 2021 international workshops have deliberately focused on peculiar and critical areas of building construction:

Also, the 50th NIOB National Conference /Annual General Meeting (AGM) was dedicated to alternative building materials research and development, as well as a recalibration of works of Builders with research interests.  I strongly believe that ingenuity, creativity and innovativeness with regards to local content, as evinced in the inventions of Professor Ayodele Awojobi and other Nigerian leading researchers, are well ingrained in the NIOB researchers. We seize this opportunity to solicit for more support in the ongoing development of the NIOB Skills Acquisition and Research Centre in Abuja.

The introduction of the National Skills Qualifications Framework (NSQF) by the Federal Government through the National Board for Technical Education (NBTE) is commendable. This assessment system for building artisans will create valuable improvements in the quality of workmanship or craftsmanship in the Nigerian construction industry. NIOB has been investing in the training of its seasoned members as Quality Assurance Assessors, Internal Quality Assurers and External Quality Assurers. With the NIOB as an awarding body, CORBON as the skills sector council and NBTE as the regulatory body, the nation is going to witness remarkable changes in workmanship quality in the Nigerian construction industry.

Why More & More Buildings Are Collapsing In LAGOS was last modified: November 10th, 2021 by City People

How LAGOS Govt. Is Trying To Curb...