Why OONI Chose Princess TOYIN KOLADE To Be IYALAJE 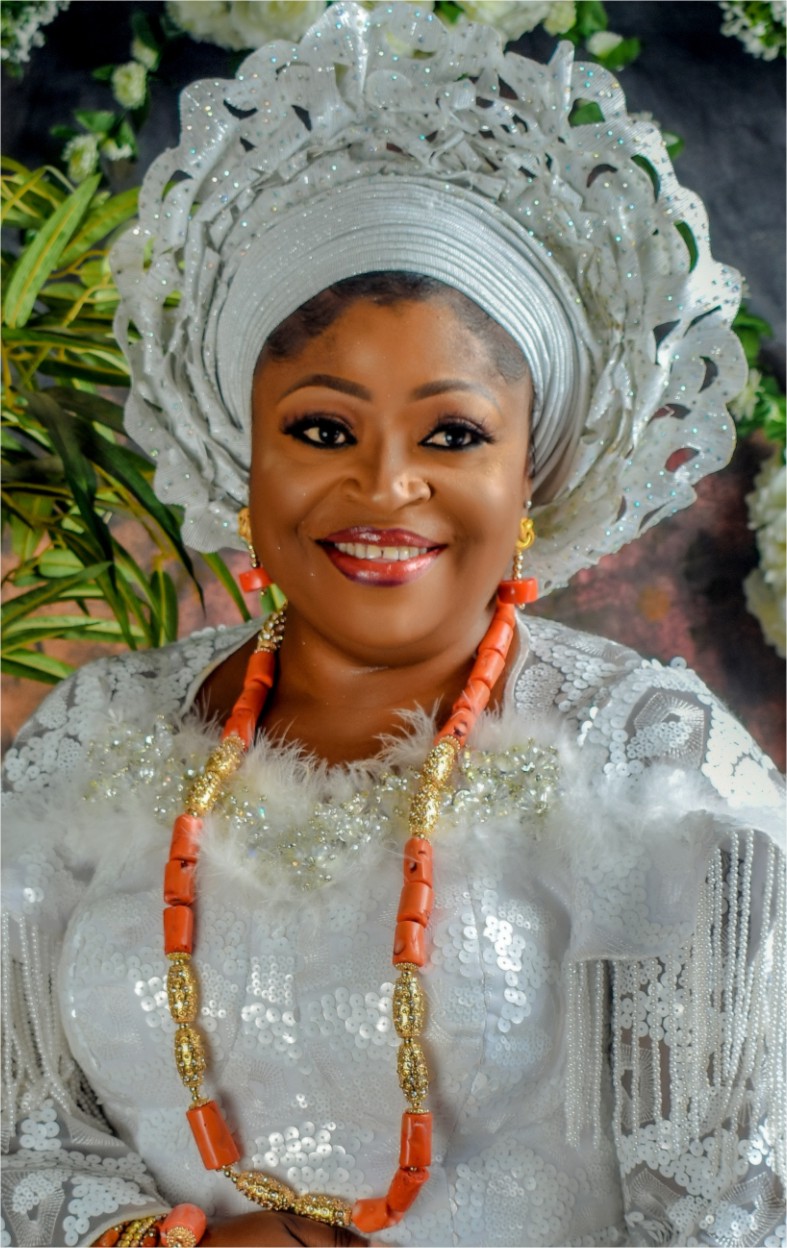 It is no longer news that the Ijesa-born international business woman, Princess (Dr) Toyin Kolade is the Iyalaje of Oodua race, as plans are on the top gear for the official installation ceremony slated to hold on Saturday 17th July 2021 at the Ile Oodua Palace Of The Ooni Of Ife in Ile-Ife which is the cradle of mankind and traditional headquarters of the entire Oduduwa Race worldwide.

AJE, mother of Edagiiri, Ele and Ere is being worshiped and celebrated daily as the deity of wealth and profitability of trade. She was the first Apate Oja (market trader) and was among the 401 Irunmoles (gods and goddesses) like Oduduwa, Oranfe, Obatala, Orunmila, Ogun, Osun, Olokun and the rest seconded by the Almighty Olodumare (God) to the earth to pioneer the first dynasty of mankind known as Ife Oodaye.

AJE as the first world’s trader and custodian of markets pioneered commercial activities at the first marketplace then known as Oja Ejigbomekun which is today called Oja Ife in Ile-Ife, where trade by barter system; type of trade that involves the exchange of goods and services without the use of money as a medium of exchange first practiced before it was replaced by Shell Money System (Cowries) as a medium of exchange for people to buy and sell products and services.

Even though the Currency system (paper and coin) as a monetary exchange system has finally replaced both Trader by Barter and Shell (Cowries) System, Cowries are still being treasured by Africans and different aboriginal races around the world, in appreciation of the sacred spirituality of Aje; the global goddess of wealth, market profitability and economic prosperity.

We have had a lot of people in the past who mixed up the coordination of Iyalajes and Iyalojas. While Iyaloja as the appointed leader of market-women, coordinates the social and trade activities in a particular market or a collection of market structures within a designated jurisdiction, Iyalaje on the other hand plays bridge-building roles between humanity which includes the market-women and everybody working for economic prosperity and the divinity of Aje; the spirit of wealth, trade profitability and economic prosperity.

Iyalaje is a very big chieftaincy position in Ile-Ife and across the entire Oduduwa Race globally that Oduduwa; our progenitor coordinated among other super divinities. Oduduwa coordinated it because Orunmila, Ogun, Oranfe, Sango and others had a lot to do with Aje, so it has always been a sacred title.

Our economy that has been growing at a very slow pace needs the spirituality of Aje to stabilize.

Until recently, not in the history of Nigeria did we experience two economic recessions back to back. Strange calamities like this is an aftermath of the sacrilegious neglect of our God-given spirituality inherited from our ancestors. Moving forward, we  cannot leave everything to the government, we in the House of Oduduwa are now exploiting the tradition we inherited from our forebears with a view to springing up the economy as we globally celebrate Aje; the festival of economic prosperity. This is most desirable in Oodua land and Africa by extension,

As aforestated, the sad reality of the very negative economic situation in our land calls for collective lasting solutions to achieve our much desired economic prosperity as soon as possible. There must be collaborations among the relevant stakeholders especially in the trade and investment sector; Manufacturers, market traders, service providers, artisans, farmers and trade unions, government and traditional institutions too. It is in quest for this way forward that our father; Ooni of Ife, Arole Oodua Olofin Adimula, Ooni Adeyeye Enitan Ogunwusi, Ojaja II, in his capacity as the Natural Head of the Oduduwa race worldwide recently announced the global coordinator of Aje Festival, Princess (Dr.) Toyin Kolade; an Ijesa-born Lagos based international businesswoman and philanthropist as the Iyalaje of Oduduwa Race shortened to Iyalaje Oodua.

The choice of Princess (Dr.) Toyin Kolade as the Iyalaje of the entire Oduduwa race stemmed from her superlative performances as the Global Coordinator of the Annual Aje Festival which she organized with outstanding successes in the last 5 years.

Aside from her unquantifiable efforts in the promotion of cultural activities in Ile-Ife and Yorubaland, the immeasurable contributions of Princess Kolade towards the revival of the ancient Aje festival which has today gained tremendous global limelight cannot be overemphasized.

In the same vein, Princess Kolade’s profile as a benevolent and successful major player in the Nigeria private business sector who started as a petty trader in her home town of Ilesa in the State of Osun, Nigeria about 35 years ago, her involvement in the promotion of the rich Yoruba cultural values, her countless humanitarian services, her virtuous character of a disciplined family woman and her unfaulted respect for the traditional institution is the basis upon his appointment as the Iyalaje Oodua.

There is a need for a woman of substance with entrepreneural spirit that matches the sacredness of Aje viz a viz entrepreneurial skill and prowess to reach out to the entire world. Toyin Kolade has by her new role become a vessel to continue to spread the attributes of Aje, Edagiri, Ere, Ele and Ipate Oja; majorly about market and its profitability towards an economically prosperous society.

The economy has been growing at a very low pace every year between 4 and 6 percent, it is too fractional and problematic, that is why the tension is so high. We thus need someone who is selfless and ready to sacrifice herself for the coordination of the sacredness of wealth distribution and redistribution in terms of basic buying and selling and will uphold that position and spread it for commercial ventures to spring up. She must continue to do the multiplier effect of Aje diety among male and female folks. She has a very huge role to play going forward for the diety of Aje,

Just as she has always done, we want her to use the wealth to multiply for others, it is not meant for her. It is been given to her by Almighty God and unseen spirits and she must continue to do multiplier effect by helping a lot of people across the commerce, trade and industry sector. By her new position, she can never get broke again.

Being the second chieftaincy title not limited to Ile-Ife during this reign of Ooni Adeyeye Enitan, Ogunwusi Ojaja II, the position of Iyalaje Oodua is a huge responsibility like that of Odole Oodua bestowed on the gaming business magnate from  Iperu Remo in Ogun state, Sir Kensington Adebutu.

READ ALSO: GISTS FROM THE 90TH BIRTHDAY ANNIVERSARY OF THE TWINS

Gists From The 90th Birthday Anniversary Of The Twins