Home Health Why STD Is On The Increase Right Now!
Health 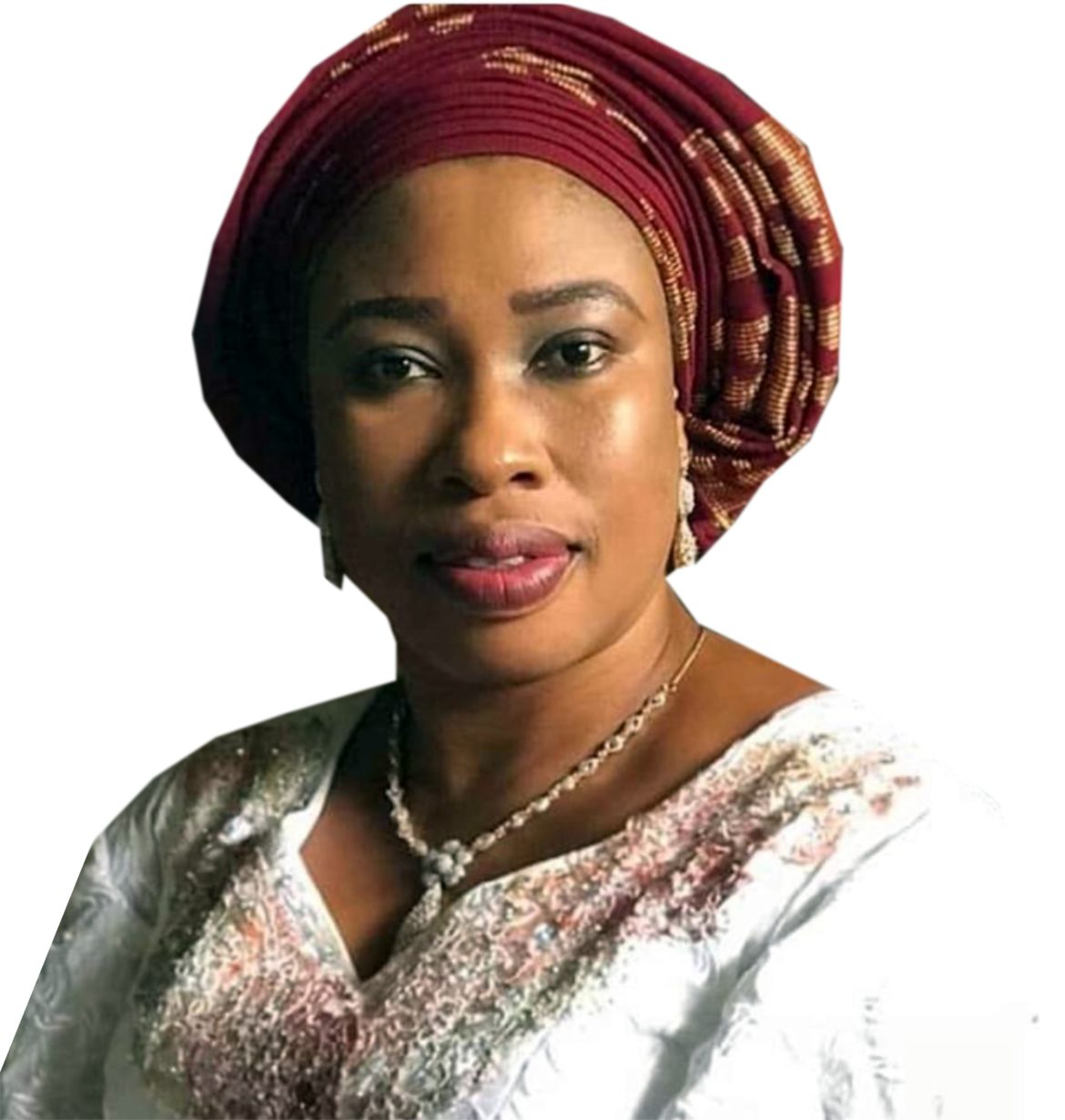 Mrs. Olayinka Oremade is one of the beautiful successful and intelligent managers with the Forever life changing group. She is also an entrepreneur, philanthropist and health coach.

She has been able to empower a lot of women through her foundation. She is very passionate about her job and uses herself as an example for younger ones to emulate, she started from nothing but now something today, impacting and remain an inspiration to mary youths especially women in the society.

She is the founder of Health and homes online TV, where she treats life threatening ailment on weekly basis, so people can learn, take their health serious and also profer possible solutions to this life threatening desease. STDs is one of the topics, she just teated. Her mission is to impact minimum of 40,000 Nigerians towards ensuring they live healthy and wealthy.

Sexually Transmitted Diseases (STDs) are infections that pass from one person to another through sexual contact.

They are also known as sexually transmitted infections (STIs) or venereal diseases (VD).

Some STDs can spread through the use of unsterilized drug needles, from mother to infant during childbirth or breast-feeding, and blood transfusions. People can transmit microorganisms that inhabit the skin or mucous membranes of the genitals. Infectious organisms can also move between people in semen, vaginal secretions, or blood during sexual intercourse.

The World Health Organization (WHO) estimates that there are more than 1 million new STDs acquired each day globally.

Early diagnosis and treatment has allowed those who are HIV-infected to lead longer, productive lives. However, there are many other sexually transmitted infections (STI’s) that most teenagers can also contract. Though fatalities are rare among other STIs, they can lead to infertility and ectopic pregnancies—the latter of which is life threatening.

AIDS is caused by the human immunodeficiency virus (HIV), which is spread through unprotected sexual intercourse with an infected person or through using a contaminated needle to inject drugs. It can also be spread through intravenous drug use and much less commonly, blood, blood products, needles, or other sharp instruments contaminated with infected body fluids or blood.

Upon entering the circulation, the HIV microorganisms abduct a type of white blood cell known as T-helper lymphocytes (also known as CD4 cells, T cells or helper-Ts). In a person with a healthy immune system, T-cells band together to help defend the body against diseases. But the hijacked T-cells are forced to mass-produce copies of HIV. Left untreated, helper T cells mass produce large numbers of HIV, this further depletes the number of normal helper-Ts in the blood stream, rendering the individual vulnerable to AIDS defining illness.

The 5 most common of these are: • Pneumocystis carinii pneumonia • HIV wasting syndrome • Candidiasis of the esophagus • Tuberculosis • Kaposi’s sarcoma

Opportunistic illnesses pose minimal threat when the immune system is functioning properly, however when the body’s defenses are down, as in AIDS, they seize the opportunity to create havoc.

For the first ten years of the AIDS crisis, the disease was a virtual death sentence for most of its victims. Few survived more than two years, on average. However, today there are many different types of medications available for the control of HIV. While HIV remains incurable, good adherence to medications can allow those infected to lead long productive lives and never develop AIDS.

SYMPTOMS TYPICALLY OCCUR ONE TO THREE WEEKS AFTER EXPOSURE

Progression to epididymitis, an inflammation of the tubelike structure that stores and transports sperm

Because the virus permanently inhabits sensory nerves at the base of the spinal cord, genital herpes is a chronic, lifelong condition. Most of the time, HSV lies dormant. But it is reactivated periodically and produces sores or vessicles—most notably, clusters of tiny ulcers that resemble cold sores. These outbreaks, which typically last about one week, should be taken as a warning that the disease is contagious. The virus travels up the nerves that lead to the surface of the skin, where it proliferates, giving rise to new sores. (Initial symptoms of genital herpes tend to be more severe and longer-lasting than subsequent episodes.) The disease can be infectious even if no sores or lesions are present.

Teenagers need to know that “at least half the time, active herpes produces no symptoms at all,” Dr. Fisher emphasizes. “So the virus can easily be transmitted sexually without either partner being aware that the carrier has active disease.” Recurrences flare up regularly in some people but can be unpredictable in others. Why they occur remains a mystery, although stress, menstruation, illness and sunlight exposure appear to be possible triggers.

Recurrences, typically lasting about one week: • Itching or tingling sensation in the genitals, buttocks or legs

Small blisters or open sores at the site of infection

Physicians divide the course of the disease into three stages: primary (stage 1), secondary (stage 2) and tertiary (stage 3). The first evidence of syphilis is a hard, round open sore known as a chancre (pronounced “shan-ker”) in the genital area. Young women often don’t realize that they are infected, says Dr. Fisher, “because the initial chancre typically may develop inside the vagina; whereas with boys, it forms on the outside of the penis and is noticed immediately.”

Since syphilis chancres aren’t painful and typically heal within four to six weeks, most boys don’t see a doctor. They assume the mysterious sore is gone for good, but one-third of men and women exposed to primary syphilis progress to a secondary infection. A few weeks after the chancre heals, they come down with a rash on the palms of their hands and the soles of their feet. The reddish-brown spots, about the size of a penny, can spread anywhere on the body. Other unwanted symptoms soon follow. Syphilis is still highly treatable at this point. However, a pregnant woman with primary or secondary syphilis will almost certainly transmit the bacterium to her fetus. Infection early in fetal life leads to death and abortion; infection later in pregnancy leads to a variety of problems including anemia, bleeding, swollen glands and infection of the various organs, such as the lungs, spleen and brain.

Symptoms typically occur one to six weeks after the chancre heals and last three to six months.

Light rash with brown sores roughly the size of a penny, typically on the palms of the hands and soles of the feet; may also cover the rest of the body

Symptoms typically occur anywhere from two years to more than forty years after the onset of infection.

Syphilis in multiple systems, including the heart and blood vessels, skin, bones and brain.

Trichomoniasis is a parasitic infection (caused by Trichomonas vaginalis) that is spread during sexual contact. It affects both men and  women and can be cured with medications. Most affected men have no specific symptoms.

Women: yellowish-green vaginal discharge with a prominent odor, itching of the vaginal area, or painful sex or urination. Symptoms can develop anywhere from 5 to 28 days after contracting the infection.

Hepatitis B is a virus that spreads through contact with body fluids and blood, so it can be transmitted through sexual intercourse. Hepatitis B infection is also possible through sharing of needles, razors, and toothbrushes. Babies can become infected at birth from an infected mother. It’s possible to go for years without symptoms of this STI.

• Nausea • Abdominal pain • Jaundice (yellowing of the skin and whites of the eyes) • Over time, scarring of the liver (cirrhosis) and liver cancer can develop.

Extreme itching that is worse at night.

The skin appears to have a pimple-like rash, as shown in the above photo.

Both the itching and rash may be across the body or limited to the wrist, elbow, armpit, webbing between fingers, nipple, penis, waist, belt-line or buttocks.

Tiny burrows left by the tunneling of female scabies mites may be visible on the skin. They appear as tiny raised and crooked grayish-white or skin-colored lines.

Pubic lice are colloquially known as “crabs.” This name refers to the shape of these parasites, which is different from that of body lice. Pubic lice live in pubic hair and are spread among people during close contact. Pubic lice can be treated with over-the-counter lice-killing medications.

Why STD Is On The Increase Right Now! was last modified: August 27th, 2019 by City People

How To Treat Secondary Infertility

Unveiling Basic Food And Fruits That Can...