Home News Why The BALOGUN & SERIKI Of Egbaland Are Friends, Despite Their 20-Yr Age Difference
News 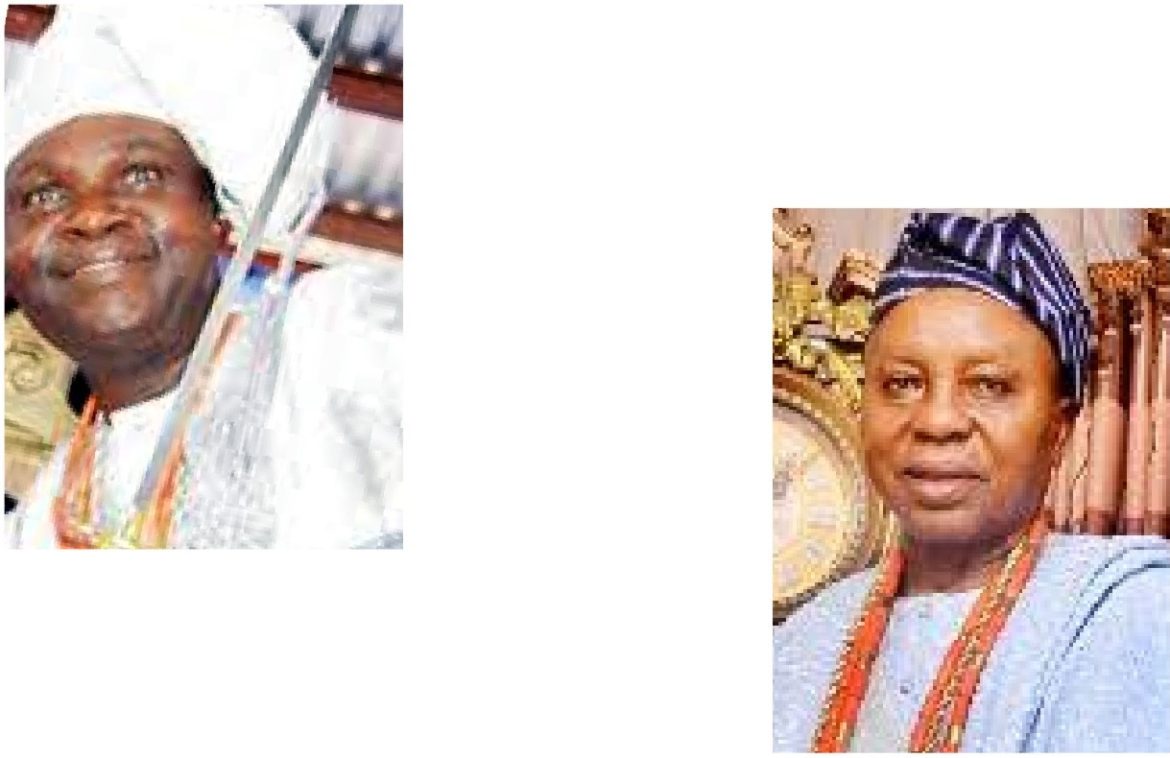 Alhaji Sikirilai Atobatele is the Balogun of Egbaland. He is one of the high chiefs of Egbaland. He is also one of those high chiefs the Alake of Egbaland , Oba Adedotun Aremu Gbadebo, does not joke with. Chief Tosin Fadare is Another high Chief, who is Alake’s right hand man. He is  the Seriki of Egbaland. Both of them are mostly seen with kabiyesi at every function and if the Alake can’t make it to an event, be assured that both Balogun and Seriki would be representing the king.

The two high chiefs also share a very strong bond. Apart from being Alake’s high chiefs, they are very close. They are friends despite the age difference. Although, their friendship started when Seriki became one of the high chiefs of Egbaland, while Balogun had spent a few years as Balogun before on board. Since then, they have remained best friends.

What makes their friendship unique is their age difference, Balogun is 72 years old while Seriki is 54, but despite their age difference, their friendship is one to envy anytime and any day. They attend functions together, and during Alake’s birthday last month, they both played vital roles. Although, there was a long list of planning committee members, they played an outstanding role during and before the ‘D’ day.

Balogun is the CEO of Siktobs Nigeria Limited, Sleeks Interior and the Chairman of Bifad International Construction Company. Chief Atobatele grew up in Lagos and attended St Paul Nursery School. He later went to St Michael’s Boys School and also attended All Saints Techincial Institute In Aba. He worked briefly at DLP Nigeria Limited and also later worked at the Nigeria Motor Industry, Apapa before setting up his business. He is a member of the popular Yoruba Tennis Club, Abeokuta Sports Club and Abeokuta Club.

As the Balogun of Egbaland, a title that is only bestowed on men from Igbeyin. He is close to the Alake, while he plays the role of rifts settler and also assists the Alake in other decision-making processes. He is the first Balogun from his family, although the old time great warrior, Lisabi Agbongbo Akala is from the prominent Atobatele compound of Igbeyin.

Chief Tosin Fadare,  on the other hand is the  14th Seriki of Egba-Land. He is a Fellow of the Institute of Chartered Accountants of Nigeria, with Business Specialisation in the Maritime Sector among others. Born 52 years ago to Pa and Mrs. Idowu Fadare of Igbakule Village via Olugbo, Orile Kemta in Odeda Local Government of Ogun State, Tosin attended St. Peters Primary School, Ile-Olu near Olugbo between 1968 and 1976.

He also attended Agunbiade Evening School, Abeokuta between 1977 and 1978.  He moved to Victory High School, Ikeja between 1979 and 1984 to complete his secondary education. For tertiary education, Fadare attended Ogun State Polytechnic (now Moshood Abiola Polytechnic) Abeokuta where he studied Accounting between 1984 and 1986.  He became a Chartered Accountant on record time 1990 and a Fellow of the Institute of Chartered Accountants of Nigeria (ICAN) in 2004.

Tosin Fadare was a Financial Manager, Sky Motors Limted, Lagos between 1990 and 1993.  He also served as the Financial Controller AA Oil Company Limited between 1994 and 1999.

Why The BALOGUN & SERIKI Of Egbaland Are Friends, Despite Their 20-Yr Age Difference was last modified: November 13th, 2018 by Bunmi Mustapha