Why The OONI Kept His Olori’s Pregnancy Secret 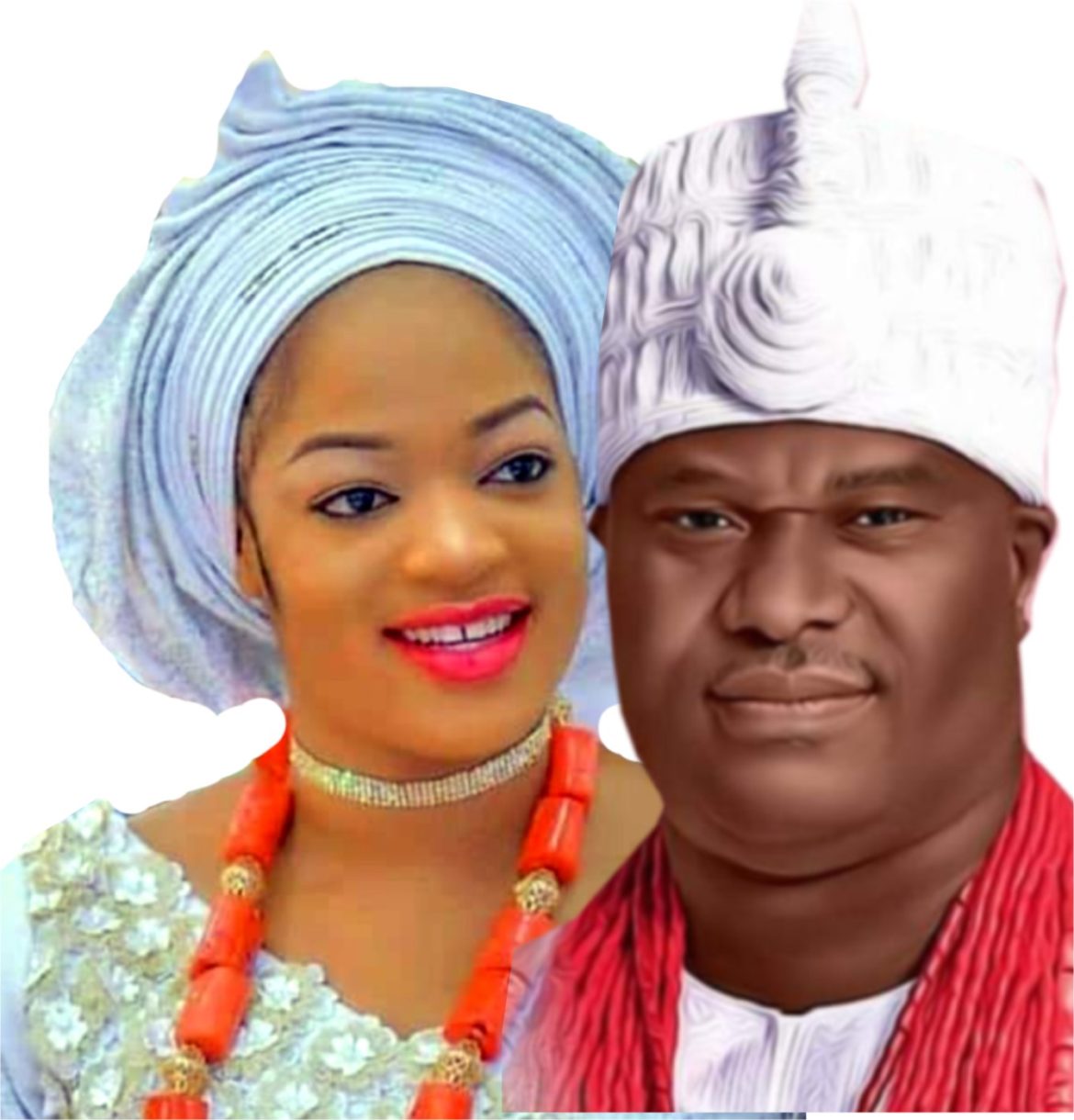 +Why He Named His Son, ADEREMI

It is no longer news that the pretty wife of the Ooni of Ife, Olori Silekunola Naomi Ogunwusi delivered a baby boy few days ago . The arrival of the little crown was announced on Ooni of Ife’s Twitter handle.  He described the development as a joyous one for the entire Oduduwa House.

He also disclosed that both mother and child were hale and hearty. “To God be the glory, great things He has done. Hearty congratulations to the entire house of Oduduwa and Olori Silekunola who today birthed a prince to the royal throne of Oduduwa.”

Also, the monarch’s spokesperson, Moses Olafare, in a statement, said: “The Almighty Olodumare has blessed the house of Oduduwa with a crown prince as our mother, Olori Naomi Ogunwusi, gave birth to a bouncing baby boy at the early hours of Wednesday. November 18. Mother and child are in perfect condition.” he revelaled.

Not only is Kabiyesi so filled with joy, the Adimula also went to his Instagram handle to announce the arrival of the corwn prince while his pretty wife reposted it on her instagram page.

Those who have been privy to see Olori Naomi revealled that she is enjoying every bit of motherhood as Ooni of Ife’s 3 sisters have been dotting on her since the arrival of the heir to the throne of Ife.

Don’t also forget that the new Baby is Kabiyesi’s first son and the 2nd child of the king. Ooni of Ife, Kabiyesi Enitan Ogunwusi is the proud father of Princess Adeola Ogunwusi who is said to be in a very joyous mood since the arrival of her little brother.

While the whole of Ife is in a very joyous mood, many have been asking where the rumours of the purported disagrement between Ooni of Ife and his beautiful wife came from.

What could have brought about the runmour of Olori leaving the palace? Why did Olori Naomi go underground. And is there traditional reasons behind it? Why was the pregnancy kept a royal secret? Well, City People investigation reveals that anything that happened inside any Yoruba palace remains a royal secret. The life style of the king is kept secret and even that of his wife. The simple example is how the “Emese” always cover Kabiyesi whenever he wants to step out of the car, whenever he wants to seat down to mention few. “Everythjng in the palace is a top secret. You are not meant to discuss issues in the palace with anybody. It is the rules of the palace. You are not meant to discuss if the queen is pregnant or not. Everything in the palace is always kept a secret. Just like constitution we also have rules which guide the palace, “our source told us.

Don’t also forget that back in the day, there was nothing like Baby Shower or photo shoot for pregnant women. Pregnancy was kept a secret until when you give birth. It is only your immediate family that will know that you are pregnant not the type of social media pregnancy that we see today. You wont expect us to go on social media to announce our pregnancy”, he said.

The rumour of Olori Naomi being pregnant first surfaced when she stepped out at the palace during the Odole Coronation in 2019.

Why did people then peddle the rumour of Olori leaving the palace when she was on a 9-month course? Well, this was because Olori had to leave the palace to be with her mum at the early stage of the pregnancy being the first pregnancy. Don’t forget that Kabiyesi met his wife a virgin and being her first child, she has to be given maximum attention.

Olori Naomi who, before her pregnancy, was very active on Instagram, went quiet but had to at a point debunk the rumour on her IG page. She posted a message which read thus “The strange rumours and unfounded news was on social media in recent times. I want all believers of good news to know that it is all lies and a picture of how the peddlers of the evil news would have loved our love story to turn out. I would have loved to maintain silence, however, due to concerns being expressed by well-meaning people, something has to be said. Now, the gospel truth is that I have been busy with ministry off the social media space and you’d all agree with me that with the ongoing pandemic which suddenly sprung up on all of us, it only means more work needs to be done. I can’t sit still (as nobody privileged enough should) and this isn’t a time for social media presence but a time that calls for solemnity. Hence my break from what people now call normal. Finally, as duty will have me do, I have been in and out of the palace doing Gods bidding.With all being said, I am compelled to ask the following questions :

Why can’t people verify that which is the truth? Why do people believe more in falsehood and negativity?

Well, the bible has something to say about them in Psalm 2:1-12. Now I say to you all, please disregard and jettison every fake and malicious news about me and my husband (Ooni Adeyeye Babatunde Enitan Ogunwusi) for ours is a love no earthly force is strong enough to break,we are very fine and healthy

I will leave you with this “please be comforted and know that boredom is a killer and people do unimaginable things when they are” “Peace and love always.”

While a grand naming is going to be held this week, not many know that Arole Oodua, Oba Adeyeye Ogunwusi has named his Prince 5 month before he was born.

Well, the Arole Oduduwa and Ooni of Ife, Ooni Adeyeye Enitan Ogunwusi, Ojaja II vowed to name his unborn prince after the late Sir Adesoji Tadenikawo Aderemi, who was the 49th Ooni of Ife during his lifetime as a mark of appreciation to Aderemi for his good works.

Ooni Ogunwusi made the promise 5 months ago when speaking at the 40 years remembrance programme organized by the late Aderemi’s princes, princesses and grandchildren to remember the Ooni who reigned between 1930 to 1980.

At the event which held at his Ile Oduduwa palace, Ooni Ogunwusi described his predecessor as a great icon who will forever be remembered for his immeasurable contributions to the independence, stabilization and growth of Nigeria.

“I wish to implore our politicians across the country to look deep into the life, time and accomplishments of Sir Aderemi and learn great lessons of servant leadership. He was selflessly committed to the development of the country.

“Among several tangible virtues to be emulated from the good life of Sir Aderemi is the good name he left behind which still speaks volume till date. Houses, cars and other material gains of life will surely fade away while one’s name remains in the book of history forever “ he said

As you are reading this, the whole of Ife is in a jubilation mood that Ife’s most loved and highly revered King now had a heir to the throne. Even the Ogunwusi sisters led by Princesss Adeshola Fadairo, Princess Adesola Ogunwusi and Princess Adebimpe Ogunwusi and their spouses are going to be in Ife any moment from now. They are throwing their weight behind the Queen who they describe as an epitome of what a good wife should be.

Why The OONI Kept His Olori’s Pregnancy Secret was last modified: November 23rd, 2020 by Abiola Orisile