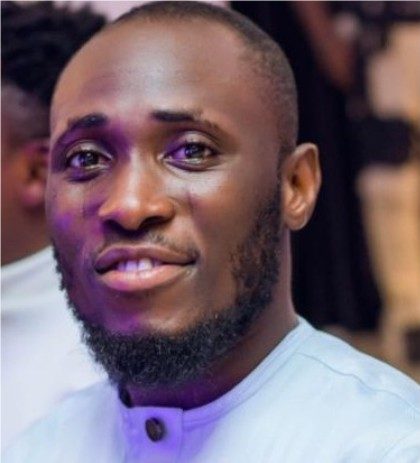 Sanni Muyideen Olakunle, CEO of OGR Entertainment, is set to shake Ibadan with yet another mega show. The event tagged ‘Traditional Dress Riot”, comes up on Friday 1st October 2021, at Manhattan Events Centre, along Eleyele Road, Jericho, Ibadan. OGR Entertainment needs little or no introduction in Ibadan. It’s a big brand when it comes to entertainment promotions in the ancient city. Within the short period of time that the company came on board, it has distinguished itself to be the leader in the Ibadan entertainment world. The memories of the Ibadan Drive-in Music Festival and Hibernation Night are still very fresh in the minds of those who participated in the two shows. So much that many have since be clamouring for more of such events. The shows were huge successes. Popular Fuji music star, Saheed Osupa, Bella Shmurda, Dotman, Q Dot, Oyinkanade and others performed at Hibernation Night Show.

If the two abovementioned shows were successful then this coming one promises to be grand and classy. This is so because apart from the fact that it’s going to hold on Nigeria’s Independence Day, top stakeholders in both the fashion and entertainment sectors in Ibadan will be doing what they know how to do the best on that day.

Traditional Dress Riot, according to Muyideen Olakunle, is a brand new concept, away from the norms that the youths are known for. It’s a cultural event packaged to sensitize the youths on the importance of preservation and propagation of culture and traditions as Africans.

“The concept is all about the promotion of Africa culture, particularly the Yoruba core value and traditions. It is an event being put together to reawaken our consciousness about our values and traditions as Yorubas and as Africans. If you’ve noticed, our culture is gradually going into extinction. The foreigners now appreciate our culture more than us, the original owners. That is not good enough. That was why we came up with this idea, to sensitize the youths that they can actually look good in our traditional attires without having to expose sensitive parts of their bodies. And also to let the male ones know that they don’t have to put on rag-like clothes in the name of trending fashion,” Olakunle said. Speaking further about the event, Olakunle also revealed some of the activities slated for the day. “There is going to be red carpet section. Cultural dance, fashion show in both old and new ways, as well as comedy are part of the themes for the event”

“The aim is to send a message to the youths, not to forget their roots. It’s going to be strictly traditional attires affair. If you wear english dress on that day, you won’t be allowed in”.

When asked what has been the greatest challenge and his experience as a top player in the entertainment industry, Olakunle has this to say. “The major challenge comes in the area of orientation. If you want to be successful in entertainment in Ibadan, you have to go the extra mile. Apart from the promo and all that, you still have to do some leg works notwithstanding how brilliant your ideas may be. In terms of profits making too, you can’t compare Ibadan to Lagos. But that is why we are here, to keep pushing for better days. To change the narrative and bring Ibadan back to what it used to be, the bedrock of entertainment in Nigeria.”

On his dream for OGR brand and Ibadan entertainment industry generally. “ We have been trying our best. When I came into the industry, I really came with a big vision. Which is to change the face of entertainment in Ibadan. To have a major concert that will attract people from all over the country on annual basis. My first show was Ibadan Drive-in Music Festival. Where we had participants drive their cars into the venue. They sat in the cars or stayed beside their cars, while we had fun. Meanwhile, the show actually came in that form due to COVID-19 restrictions last year. There were stage performances from different artistes. It was done in such a way that you could listen to what was going on stage from a particular frequency on your car radio. But interestingly, it became a big hit. People started clamouring for the show to hold even quarterly. That was what gave birth to the January show, Hibernation Night. The turnout was massive.”

“On my experience, it’s been a mixture of the good and the bad. But we thank God for what we have been able to achieve. ORG Empire is a big brand, it’s becoming a household name in Ibadan and beyond. We have consulted and still consulting for major events, we have supported several others too. Even those in Lagos, whenever they are having events in Ibadan, they always contact us either to plan or to support their events.”

ORG Entertainment is a subsidiary of ORG Empire which is primarily into water (both sachet and bottle) production, Gas and other businesses. While ORG Entertainment is into Events Planning and Artistes Management, Recording Studio, Music Productions, Photo/Videography and Video Editing.

7 Ways To Know A Woman Is In Love With You

AVERTING THE APPROACHING GALES – By Professor...