Why We Support SIMI FUBARA For RIVERS Governorship 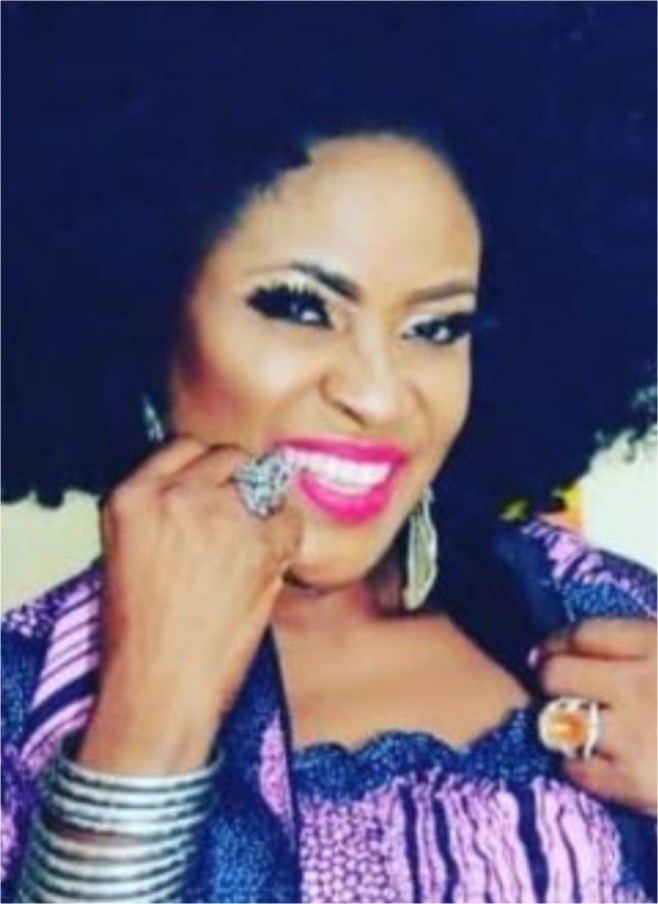 The songstress and Afrocentric musician, Muma Gee has been a voice loved by her fans across Africa. Her theatrics, dance fusion, and impressive traditional costumes have distinguished Gift Uwame, popularly known as Muma Gee. Recently, she developed interest in serving her people as a politician and contested the Abua/Odual-Ahoada East Federal House of Representatives seat under the platform of Labour Party (LP) but came second to PDP.

This Nollywood actress and musician-cum-politician is currently pursuing a Law degree at the University of Port Harcourt. She is also the Director-General of Rivers State ALLSTARS, a group of top Rivers-based musical artistes who are campaigning for the emergence of Peoples Democratic Party Governorship candidate, Siminialaye Fubara for Rivers State Governor come 2023.

On Thursday, 22nd of September, 2022, she spoke to City People’s Port Harcourt Bureau Chief, EMEKA AMAEFULA (+234(0)8111813069) and revealed her dedication to serving her Rivers people, especially now that she is a card-carrying member of the Peoples Democratic Party (PDP). Read for more!

What actually motivated you to combine your career as a musician with politics?

My getting into music was borne out of the passion to promote our cultural values in Africa and globally. I am also trying to educate our upcoming generation on our cultural values and heritage. Also feeding them with the norms as regards our people in the past, especially those cultures of our people pre-colonial and post-colonial times, which I am able to out of interest research and I got to know a bit of them. I realise that our generation nowadays do not pay attention to our culture and history; they are losing touch with who we are and our ancestral background.

So, based on that passion for promoting us as a people, I delved deeper and deeper into projecting and protecting our interest and as I was growing up, I realized that politicians weren’t just doing enough to secure the interest of me and my people. Instead of sitting back and complaining, I decided to join them and build myself and embrace the strength and energy required for leadership and see how I can bring to my people what is truly and rightfully theirs. That’s all that spurred my interest in politics. Having gone into it, I answered for the first time as an artiste because I started getting hired by politicians to participate in their campaigns and all of that happened when I made my name known as Muma Gee. I became like a productive artiste. You know, so I was doing all of that, reasoning and thinking like a musician until I got into that leadership role around my area, where my people are looking up to me as their role model. I have been an artiste and I have been like a super star and a role model; to a whole lot of young persons.

I became at some point limited to what I could do to myself as an individual so, I started looking at the bigger picture, like okay, if all of the constitutional projects that are supposed to come to them, don’t come to them, what would I do?  I felt well, being in their shoes and wearing those shoes as a leader, I could help draw those things to my people. I mean, it might sometimes look like it is going to take forever to be realized. But we are getting there.

In 2015, I contested for the Federal House of Representatives. If I was not disenfranchised, I would have fulfilled some of those things. But since it did not come through, it didn’t stop me from being a philanthropist as I am using my platform, the MUMA GEE Foundation to do the little that I can for my people and I keep pushing till the persons who have been there and are still there, realize their mistakes and give room for the youths to come into leadership positions in the country. We will keep pushing. As for me, I am not a conventional musician. I have grown up as a musician, not to be a conventional musician who does only singing, I am more influence-oriented and I am more leadership-oriented. So on and so forth, I see myself as a multi-talented personality. I have grown from saying that I have a dual personality. I think I am complex now. I have always dabbled into education one way or the other. After studying Theatre Arts, I did Marketing. I am doing a Law degree now. So, that is another aspect of me that people may not take cognizance of as I’m a scholar who is forever studying and letting nature take its course.

As a Law student now, I see life from a different perspective. I see politics and things differently. Lawfully, as well as constitutionally, it strengthens me. You know as a musician, I am still there with my creative DNA, that can’t be taken away from me. At one point or the other, I ensure that I do what I have to do and life is what it is.

What are you bringing to PDP in Rivers State?

I am raising support for Simi Fubara for Rivers State Governor as Director-General of Rivers AllStars for Simi FUBARA Governorship Campaign Organization.

Have you participated in any electoral office before, if so under which political party?

I was in the Peoples Democratic Party when I got disenfranchised. I am a person that likes to do things and get to the end of it. So, when I got disfranchised in 2015, I got a waiver and I registered as a Labour Party member, just like Peter Obi has done. I discarded my PDP membership and I became a card-carrying member of the Labour Party and I began to build structures for the Labour Party. Then, I finished with my election because I needed to showcase and prove my political strength and use that medium to buttress my political prowess, which I did till the end. At the end of the day, I came second to the winner who was PDP in 2015.There was lots of rigging and all of that. Well, I am back to PDP now. I am yet to behold my PDP membership card. This is because I defected about a week ago.

In 2015, I ran for Abua/Odual—Ahoada East Federal House of Representatives seat. Yes, I started in PDP but I got a waiver and moved into Labour Party (LP).

Muma Gee is a popular musical artiste in Nigeria and in Africa, as a social influencer, what are you bringing to support the PDP governorship candidate, Siminialaye Fubara in the 2023 governorship election in Rivers State?

Apart from mobilizing votes for Simi Fubara for Governor in 2023, through our fanbase, celebrity Rivers Allstars, we are also running a youth sensitization programme against election violence. As Rivers Allstars for Simi, we want to get the people re-oriented on how to conduct themselves during the electioneering process and not to constitute themselves into a nuisance. We are also advising our youths to stay off drugs and substance intake, as that will be retarding their mental health and affecting their growth in all ramifications. So, apart from working for Simi to ensure his victory as a governor come 2023, Rivers Allstars is also concerned about the welfare of the youths of Rivers State and advocating that the youth should not indulge in societal vices, so, we are advising and encouraging people to desist from such.

What traditional chieftaincy titles do you hold and what qualified you to be installed as a traditional title holder?

As a High Chief, what qualified me is that I hold two traditional yet honorary Chieftaincy titles which are Onyo 1 of Ukpata Kingdom and Onyo 1 of Ekpeye Logboo. Onyo simply means the mirror through which a Kingdom or my Ekpeye land, my tribe in the global setting, or rather the mirror in which the world sees the Ekpeye kingdom which is my tribe. That is what the title means -The Onyo 1. One there signifies that I am the first of its kind, meaning that I am an enigma from this tribe that is so unique and endowed. My contributions and without mincing words, starting from when I began as an artiste, has always been to promote my people. As you earlier asked, who are my people? My people are where I come from. If you look at it from a more elaborate view, it could be relative. When I say my people, it could be Rivers State people. It could be my people as Africans. This is because most times when I perform abroad, like some of these European concerts when I say my people, I mean Africa as a whole, as in my motherland. In this case, when I say my people, charity they say begins at home, which means my people of Ekpeye Kingdom in Rivers State. So, that’s first and foremost and my representation cuts across the various tribes of Rivers State because we are a multi-ethnic state and we have various cultural backgrounds, values, and heritage. In the long run, we have similarities. Sometimes, I do songs and I do dances that have meanings that cut across and represent other tribes in Rivers State and beyond. Sometimes, I inculcate songs from Hausa, Igbo, and Yoruba, representing Nigeria as a nation.

I do that too in my act and through my singing prowess, even in the presentation of my dance and movement on stage. So far, my contribution is to be known as a cultural ambassador of my people.

Can you give us a run down of your academic background?

Why We Support SIMI FUBARA For RIVERS Governorship was last modified: September 27th, 2022 by Emeka Amaefula

40 Biggest Health Worries For Men Over 40