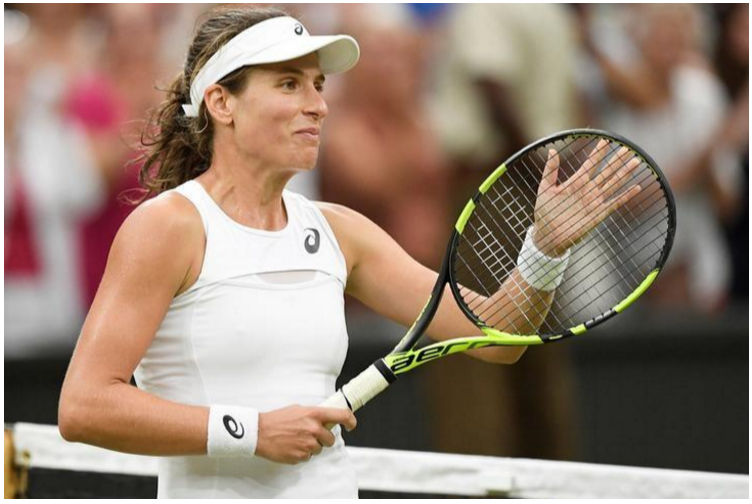 Johanna Konta has become the first British woman to reach the last four in almost 40 years after sealing a Wimbledon semi-final spot on Tuesday in a feast of tension-filled tennis, sailing past Simona Halep 6-7(2) 7-6(5) 6-4.
Halep, a second-seed Romanian shaded the early Centre Court exchanges, pouncing on errors and breaking serve to lead 3-0, as the Briton struggled to keep her searing groundstrokes in court.
However, with hailing and cries of “C’mon Jo” echoing around the roofed-in arena, sixth seed Konta fought back, cranking up her serve and winning eight straight points to draw level at 4-4.
Halep won the first set on a tiebreak with Konta, having squandered a clutch of break points, returning the favour in the second.
The intensity moved up a notch in the third set as the Briton hit harder and the Romanian tightened her defence, before Konta broke in the fifth game and held her nerve to serve the match out.
Virginia Wade was the last British woman to reach the semi-finals in 1978.
Source: Reuters

EPL Is The Best League In The World – Lacazette