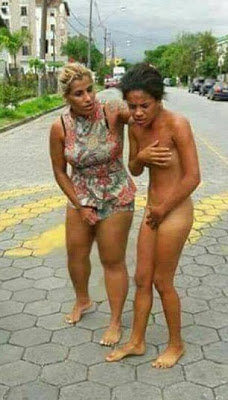 A furious wife frogmarched a woman naked through a residential area after catching her in bed with her husband. 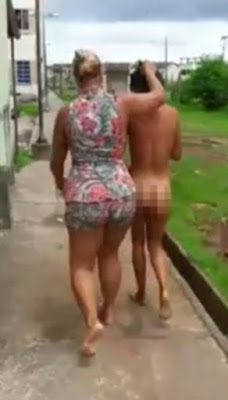 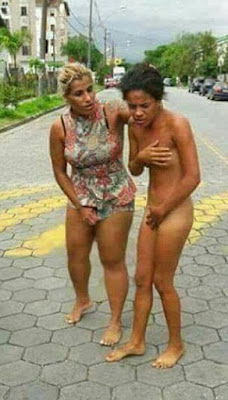 She was filmed holding onto the 20-year-old woman’s hair as she paraded her past a series of apartment blocks in Cubatao, Sao Paulo, Brazil.

Her teenage sons and their friends can be heard howling in order to attract attention from neighbours. 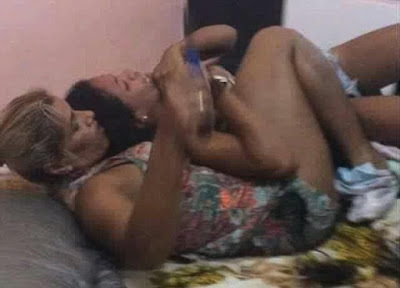 The wife, who has not been named, followed her partner to a friend’s apartment before catching him in bed with the woman.

She reportedly slashed the woman’s hair with a razor before tearing off her clothes.

The footage was shared online by the family who boasted about the attack, sparking dozens of police complaints from social media users.

The wife posted on social media: ‘I do not give a damn what they think or stop thinking.

‘I’ll show you how you deal with the traitors of a married man. I just got this sl** with my husband, ex-husband from today.’ 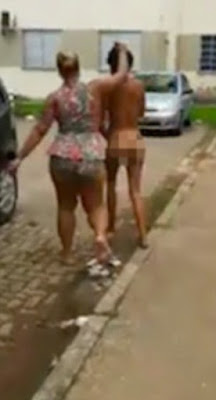 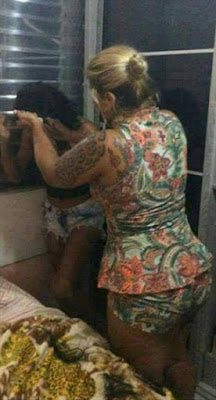 The 20-year-old woman was later picked up by the husband, who helped her find her clothes.

Police initially launched an investigation to find the victim but later identified her after her sister took her to the station to make a statement.

She told officers that the man had claimed to be single and they had been together for five months.

The alleged attacker was arrested by Civil Police officers and could face up to ten years in jail if found guilty.

She has been arrested suspicion of threat, bodily injury, defamation, crime of intolerance, violence against women and torture.

Woman frog-marches husband’s mistress naked after she caught them in bed (Photos) was last modified: February 10th, 2017 by Reporter