How I Won The Queen Of ASO Crown – Faithfulness Kennedy 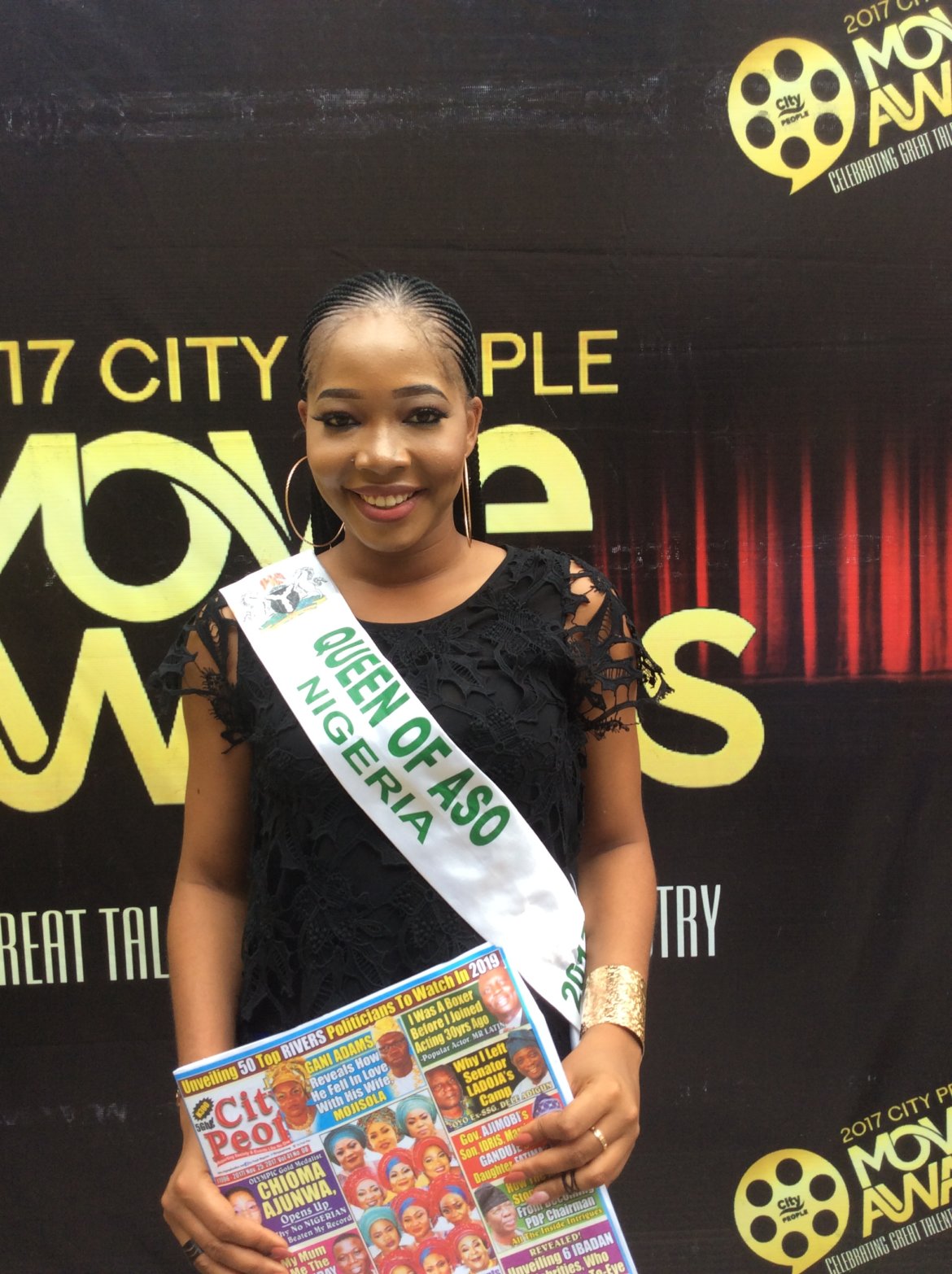 For Faithfulness Kennedy, the current Queen of Aso, there is a thin line separating dream from reality. The student of Political Science at the University of Port Harcourt, Rivers State has always dreamt of donning the crown of a beauty queen.

A few months back, her dream came to pass as she beat over 30 other contestants to clinch the ASO crown at a glamorous ceremony held in Abuja, Federal Capital of Nigeria

Ever since her crowning as Queen of Aso, Faithfulness, who is now the face of ASO has flagged off Kick Against Domestic Violence, a Pet project she initiated to advocate for Girl Right in the society. In an exclusive interview, Faithfulness shares with City People Media Team, her experience so far and what to expect from her in the next five months. Enjoy..

First,  let  us congratulate you on your emergence as the Queen of ASo

How as the experience been, since you got the crown?

It is the best experience I have ever had, being the beauty queen representing this great brand. Its been good.

Is this your first ever shot at beauty pagaentry?

Share with us your state of mind on the day of the finale?

I wasn’t very sure. I was nervous but at the same time confident. At the grand finale I was expecting them to call me. They called  the other runners up  and I thought I had lost the chance, until I was called up as the winner.

What was your area of strength?

In camp, the officials watched us. We had debate sessions. They watched the way we interacted with ourselves and my best shot was actually in camp during the debate sessions.

What was your best shot at the grand finale?

My smile and my confidence.

How prepared are you for the Miss Tourism Universe coming up next year?

How do you marry your academic pursuit with your present status as a Queen?

It’s quite easy. And you know we just finished our semester.

What are the challenges with your projects so far?

We are preparing for two projects; one is coming up by God’s grace next year February and the Kick Against Rape by March. So, the only challenging part is sponsorships and partnerships. But all the ideas and human resource aren’t issue now is partnership. Once that is sorted we are good to go.

Tell us a bit about yourself?

I am an introvert. While I was growing up, I love music more than any other thing. But what really prepared me for modeling is my secondary school. Back then we had a school beauty pageant to pick a Queen of the school. So my teacher saw me and said I should contest for it. He said I am tall, beautiful and smart and I have what it takes to be a queen. So I tried that in school and it was fun. It was fun walking on the stage and smiling at the cheering crowd and all. I didn’t win but I enjoyed every bit of the competition. So I said once I’m out of secondary school I will give it a shot. Though it wasn’t that easy, but I had to wait for a while before I finally give in.

Once you’re done with the university, what profession do you intend to pursue?

Why do you say so?

Family.. My mum will…I don’t even know how she will take it

Are you saying you could go into music professionally if you didn’t have you mum kicking against it?

Yes. But I have so many other things to do for now. I’m in school. I have to finish and do my Masters and I want to go into Politics, so I don’t want anything to delay me at all.

How I Won The Queen Of ASO Crown – Faithfulness Kennedy was last modified: November 27th, 2017 by Reporter