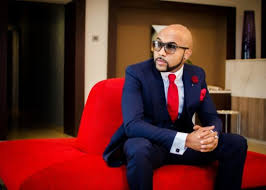 Singer and youth advocate, Bankole Wellington who is famously known as Banky W, says he won’t be paying the salaries of members of his staff who haven’t gotten their Permanent Voters’ Cards (PVCs).

Nigerians will head to the polling booths to elect political leaders in 2019.

The presidential and National Assembly elections have been slated for February 16, 2019, while elections for State governors, State house of assembly representatives and council representatives will take place on March 2, 2019.

According to Banky W, “I don’t think young Nigerians are doing enough to register, vote, select, protect. It’s unfortunate because our generation, we seem to be more interested in talking about things than we are in doing something about it.

“I don’t think young Nigerians are doing enough to register, vote, select, protect. It’s unfortunate because our generation, we seem to be more interested in talking about things than we are in doing something about it.

Banky W was attending the Light a Candle fund raiser for voter awareness and citizen engagement in Victoria Island, Lagos,  he said he’ll continue to play his part in galvanizing young Nigerians to perform their civic responsibilities.

“I’m trying to do my part in helping them raise money to draw attention to the cause. My hope is that we’ll get to the point where a lot of young people in Nigeria are at least interested in the state of the nation to take the first step by registering to vote.

“We are not even saying decide who you want to vote for but at least register so that when the time comes, you can be counted”, he said.

A lot of Nigerians are complaining about how difficult it is to get a PVC. The process at designated registration centers is slow and folks have spent hours on long queues and given up at the end of the day.

The registration is also conducted during weekdays. Most Nigerians have been unable to register because they are grinding it out on work desks on scheduled days for voters’ registration.

But Banky W says no one should be giving up because it’s all worth it at the end of the day. He is also asking employers to give their employees time off work for the good of the nation.

“I know it is difficult to get your PVC and for some people, the circumstances around their work life are not conducive. But shout out to all the people who have employees. To all the employers basically, give your employees time off to go and register.

“If you are a business owner making money in Nigeria, then you should be concerned enough about the state of the country to allow your workers perform their civic duty and register to vote.

“I’m actually even looking at making it compulsory in EME (his record label) that if you work for us you must get your PVC and if you don’t get your PVC, we will not pay you your next month salary. Because that’s how radical we need to get to as a country otherwise we are wasting our time.

“Again, for the employers, give your employees time off. Make it mandatory. Make it part of their rules and regulations that they go out and do this because the country needs this and if the country is better, it can do better for businesses.

“And to the employees, do your very best. When you do get that time off, go register to vote.

“To INEC (Independent National Electoral Commission), do better please. Sometimes I post this online and I see people who say oh I went to the registration center three times and the machine was not working or whatever. So, we are getting feedback like that and we are trying to put pressure on INEC to say young people are actually starting to show some interest again, so let’s not let the equipment or the service or whatever be the reason that they are not ready to follow that up.

“Everybody has something to do. INEC, employers, employees, you , me, everybody”, Banky W said.

The Southwest had the second highest number of registered voters with 14,626,800.