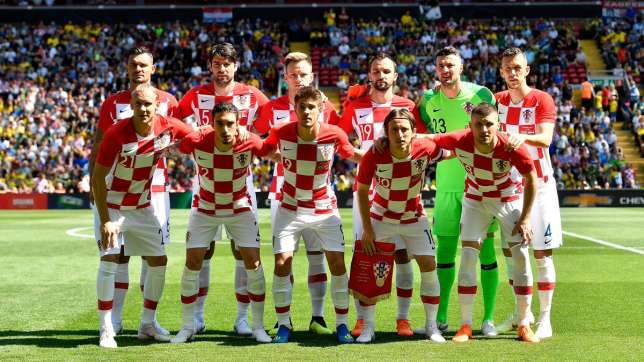 Here are five Croatian players the Super Eagles have to be wary off in their opener.

After consecutive defeats in their friendly encounters in the build-up to the 2018 FIFA World Cup, the Super Eagles will hope they have addressed all issues ahead of their opener against Croatia on Saturday, June 16.

The midfield is Croatia’s strength as they possess several world class players in that position.

No one of them is as important as Luka Modric who is the captain and makes the team tick in the midfield o the park.

At 32-year-old he is known as one of the finest midfielders in the world following the pivotal role he played in Real Madrid’s three consecutive Champions League title.

The Super Eagles will have to keep an eye on him as he can destroy a well set up defense with a single pass.

Another one of Croatia’s midfield generals, Ivan Rakitic is another maestro in the middle of the park for Croatia.

A regular with Spanish giants Barcelona, Rakitic is a different mold to Modric as he can find the back of the net if given the opportunity.

The Super Eagles will have to keep an eye on him as he possesses the complete package of pass range, set pieces to destabilize a team.

Mario Mandzukic is a proven goalscorer and is expected to be the target man who will be supplied balls to convert.

Modric, Rakitic, Ivan Perisic will all be constantly searching for Manduzkic who is a bully and forceful striker.

He has an astonishing work rate or a big man and will be a thorn in the flesh of the Super Eagles defence.

Croatia have a lot of forward thinking players which could lead them vulnerable at the back, an avenue Gernot Rohr will hope to expliot.

Here is where Mateo Kovacic comes in to break up the play and maintain solidity in the middle of the park.

Not as creative as Modric or Rakitic, but is a hard worker and has the trust of Croatian coach Zlatko Dalic.

This season, he has made 35 outings for Real Madrid in all competitions.

Liverpool defender, Lovren would be tasked with marshaling the Croatian backline and keeping the Super Eagles attackers, the likes of Victor Moses, Alex Iwobi and Odion Ighalo at bay at the Kaliningrad turf.

He is a gritty, towering defender who is well known in the English Premier League for his defensive qualities and it would take the Nigerian strikers at their best in order to maneuver him and his fellow defenders.

This campaign, the 28-year old played 42 games for the Champions League finalists, scoring twice from his defensive position while laying on another goal.

‘Eagles Will Get N18m For Every Goal Not Replied’

When the American fox and the Korean tortoise met in Singapore