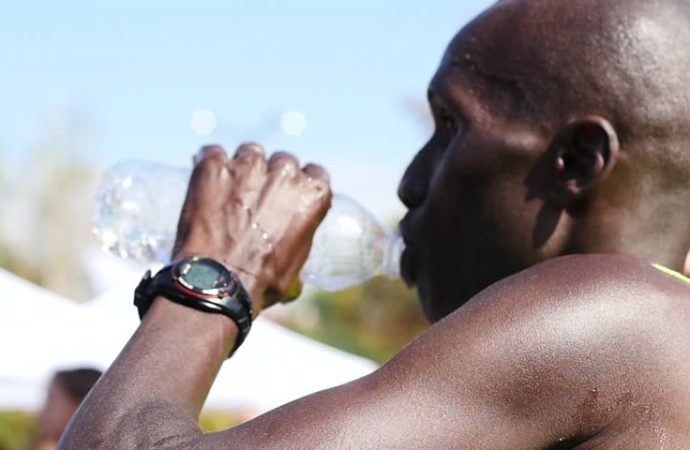 The experts gave the advice in separate interviews with the News Agency of Nigeria (NAN) in Lagos, on the 2017 World Water Day.

Two medical experts, a general physician and a dietician, on Wednesday advised people to take water regularly to reduce pain in the  joints by keeping the cartilage soft and hydrated.

They are Dr Tosin Olowojebutu, a general physician and Medical Director, Liberty-Life Hospital, Ogudu, Lagos and Dr Ayodeji Abdulrasheed, a Dietician with the StaMed Nutritional and Health Services in Alimosho, Lagos.

The experts gave the advice in separate interviews with the News Agency of Nigeria (NAN) in Lagos, on the 2017 World Water Day.

According to the World Health organisation (WHO), World Water Day is held annually on March 22.

“It is a means of focusing attention on the importance of freshwater and advocating for the sustainable management of freshwater resources.”

“Freshwater was recommended at the 1992 United Nations Conference on Environment and Development (UNCED).”

“The United Nations General Assembly responded by designating March 22, 1993 as the first World Water Day,‘’ WHO said in its online publication.

NAN reports that the theme for 2017 is entitled: “Water and Wastewater”

Olowojebutu said that the aim of the day was to create awareness and emphasise the importance of water to the health and wellbeing of Nigerians.

He said that water composes 75 per cent of human muscle tissue, while staying hydrated could serve as an “appetite suppressant’’.

The general physician said that nearly all the body systems could not function well without proper water intake, urging people to prioritise consumption of water far more than before.

‘’Water helps to regulate the body temperature, lubricate, cushion joints and rid the body of wastes by facilitating urination, sweat and bowel movements.”

‘’Regular intake of water at any time of day can control or suppress cravings for unhealthy foods and high calorie foods intake to the body system.”

‘’Research has shown that staying hydrated can reduce risk of colon cancer, bladder cancer by 50 per cent and also possibly reduce breast cancer risk as well.”

‘’Dehydration can affect people’s mood and lead to weakness, fatigue, dizziness and electrolyte imbalance in the body system.”

‘’Water is one of the best ways to cleanse the body; body attracts various toxins from the environment, food and other elements,’’ he said.

According to him, drinking a glass of water before bed time will give your body the proper nutrients and consuming six to eight glasses of water a day is good for the body.

Abdulrasheed said, “Water also improves the functioning of the gastrointestinal tract, which prevents constipation and helps in digestion.”

“Inadequate water in the body results to constipation, as the colon draws water from the stools to maintain hydration, which makes it harder and difficult to pass stool.”

“Drinking sufficient water will boost your metabolism and helps the body to break down food properly.”

“It promotes regular bowel movement and helps the digestive system to work well.”

Abdulrasheed said that adequate intake of water helps to flush out toxins from the body and gets rid of waste through sweat and urine.

He said that it was important to take other fluids and foods with high water content in the daily diet.

Expert Reveals How Too Much Of Local...

Is Eating Catfish Very Dangerous for Your...