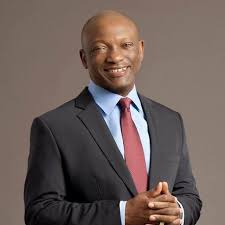 Mr Agbaje was responding to a statement credited to Mr Sanwo-Olu this week suggesting that the PDP flagbearer lacked clear ideas on how to manage the state.

In a statement issued by the Media Office of Jimi Agbaje Campaign Organisation Thursday, the PDP candidate dismissed Mr Sanwo-Olu as “a proxy candidate, a puppet, fronting for well-entrenched interests that have held back the development of the state for the past 20 years”.

Mr Sanwo-Olu had, at a rally in Lagos Island on Tuesday, stated that Mr Agbaje lacked the requisite ideas needed for the development of the state. He urged the people to reject him at the polls.

He told his audience that the state had in the last 20 years recorded giant strides, capable of being reversed should Mr Agbaje be elected governor.

The Nation newspaper also quoted Mr Sanwo-Olu to have said Mr Agbaje “has nothing to offer Lagosians”.

In his statement, Mr Agbaje queried what the APC guber candidate had to offer asides from making grandiose milestone claims, all of which have been contested by other people.

You Are A Puppet – Agbaje hits hard on Sanwo-Olu was last modified: February 8th, 2019 by Igbokwe John

Playing Young Sola Sobowale in ‘King of Boys’ was challenging for me – Star Actor, Toni Tones